Hidden in GOP tax bill: A plan to turn churches into dark-money spigots

The House tax bill would tear down the wall between religion and politics, and open the gates to secret spending 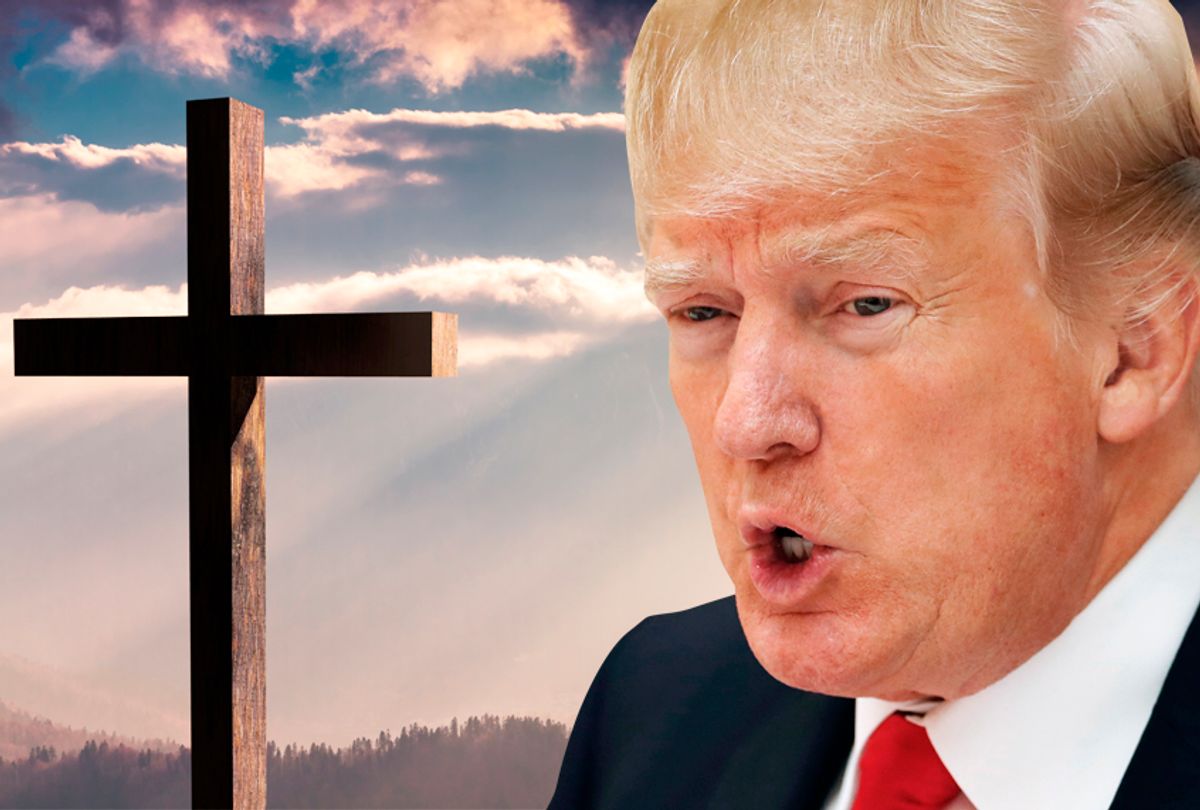 There's no doubt that the main purpose of the Republican tax bill, in both its House and Senate forms, is to slash taxes for corporations and the rich while making the rest of the country pay for it. But Republicans are also stuffing a wish list of right-wing goals into the bill. One provision of the House legislation that has gotten relatively little media attention has the potential to drastically remake our campaign finance system, and tilt the already unfair playing field even further toward the Republicans.

Ever since 1954, a legislative add-on known as the Johnson Amendment has prevented charities, social welfare organizations and, perhaps most importantly, churches from endorsing candidates. Such institutions may lose their tax-exempt status if they engage in electioneering. The House bill would functionally dismantle the Johnson Amendment, thereby opening the door to pastors endorsing candidates from the pulpits and for charities large and small -- even the Red Cross or Salvation Army -- to openly support political candidates or causes in the course of their official charitable work.

“The tax bill threatens the integrity of our elections and all of our tax-exempt organizations," Maggie Garrett, the legislative director for Americans United for Separation of Church and State, said in an emailed statement. "No one wants to turn our charitable nonprofits, houses of worship and foundations into political campaign tools."

This provision, Adam Bozzi of End Citizens United explained to Salon, would create "a gaping loophole in our campaign finance system." Bozzi explained it could "allow a big political donor who wants to make a contribution through the back door to give to a church, which could then endorse a candidate and engage in electioneering."

To make it even worse, the tax-exempt status of churches and charities means that any millionaire or billionaire who funneled political spending through such a group could then turn around and claim that donation as a tax writeoff. Money given to a pastor in order to buy his endorsement wouldn't look any different on paper than money given to a church for its charitable work or other legitimate purposes. Republicans are creating a loophole that will allow rich people to shelter political donations from taxes while influencing election campaigns in total secrecy.

The proposed House bill supposedly limits charity or church workers to political endorsements "in the ordinary course of the organization’s regular and customary activities in carrying out its exempt purpose." But that language is both fatally vague and functionally useless. The entire point of the Johnson Amendment is to keep political endorsements out of the usual course of an organization's activities. This bill wouldn't merely let pastors preach from the pulpits in support of a favored candidate; it would also permit Planned Parenthood to recommend candidates to patients who come in for medical care, or permit the Salvation Army to endorse candidates when providing its services to poor people.

Most Americans — including most evangelical Christians — support the Johnson Amendment. This is likely not just because of concerns about the political influence of churches and nonprofits, but also because people want to have some aspects of American life to be free of our almost endless election campaigns.

"The mission of the charity itself is threatened" under this scenario, Bozzi argued. "They may bend to the big donor who comes in and drops a million dollars, or $2 million or $10 million." That's unfair to the citizen who gives $50 to a church or charity and wants to know that money is going to support the group's stated mission, instead of going into some candidate's campaign coffers.

"Faith leaders are called to speak truth to power, and we cannot do so if we are merely cogs in partisan political machines," explains a letter signed by more than 4,000 religious leaders in support of the Johnson Amendment. "Current law respects this independence and strikes the right balance: houses of worship that enjoy favored tax-exempt status may engage in advocacy to address moral and political issues, but they cannot tell people who to vote for or against."

More than 5,500 nonprofit groups have signed a similar letter supporting the Johnson Amendment, noting that current law "protects the integrity and independence of charitable nonprofits and foundations" and "screens out doubts and suspicions regarding ulterior partisan motives of charitable organizations."

It's worth noting that the Johnson Amendment is already limited in scope. Nonprofits and churches are allowed to offer opinions on moral and political questions and advocate on legislation. They are simply barred from openly taking sides in election campaigns. Nonprofits that find that restriction too onerous are allowed to form separate organizations under the 501(c)4 designation, which allows for some election activity. Planned Parenthood, for instance, did this by creating the Planned Parenthood Action Fund, which is a separate entity focused on health care and education services.

What makes this whole debate especially strange is that in the era before Donald Trump's presidential campaign, there really wasn't much controversy over the Johnson Amendment. Some right-wing pastors grumbled about it, but it wasn't a major agenda item for the Christian right or anyone else. But as a candidate, Trump began talking up the idea of repealing the Johnson Amendment as an easy way to pander to the religious right. Now this idea — which was once considered the fringe of the fringe — has made its way into the House tax bill.

Of course, it's easy to understand why Republicans were quick to grab this particular Trumpian idea and inject it into the mainstream GOP agenda. Creating this loophole in our campaign finance system would almost certainly benefit Republicans exponentially more than Democrats. While Democrats certainly have their billionaires who would like to spend a lot of money on elections, Republicans have far more dark-money donors who might be willing to buy up churches and charities and turn them into political lobbies and money funnels.

This effect would most be most likely to have an impact on local and state elections, where it would be ridiculously easy for anonymous but wealthy "benefactors" to make huge donations to churches and charities in exchange for endorsements for their preferred candidates. Already, the loosening of campaign finance laws has opened the door to massive amounts of dark money that has an outsized impact on these kinds of elections. Ending the Johnson Amendment would drastically increase the flow of dark money, turning the idea of electoral fairness into more of a joke than it is already.