Thank you: This Thanksgiving I have my lost story journal back

How does one mourn lost ideas? I carried the weight of my missing journal until, one day, they were returned to me 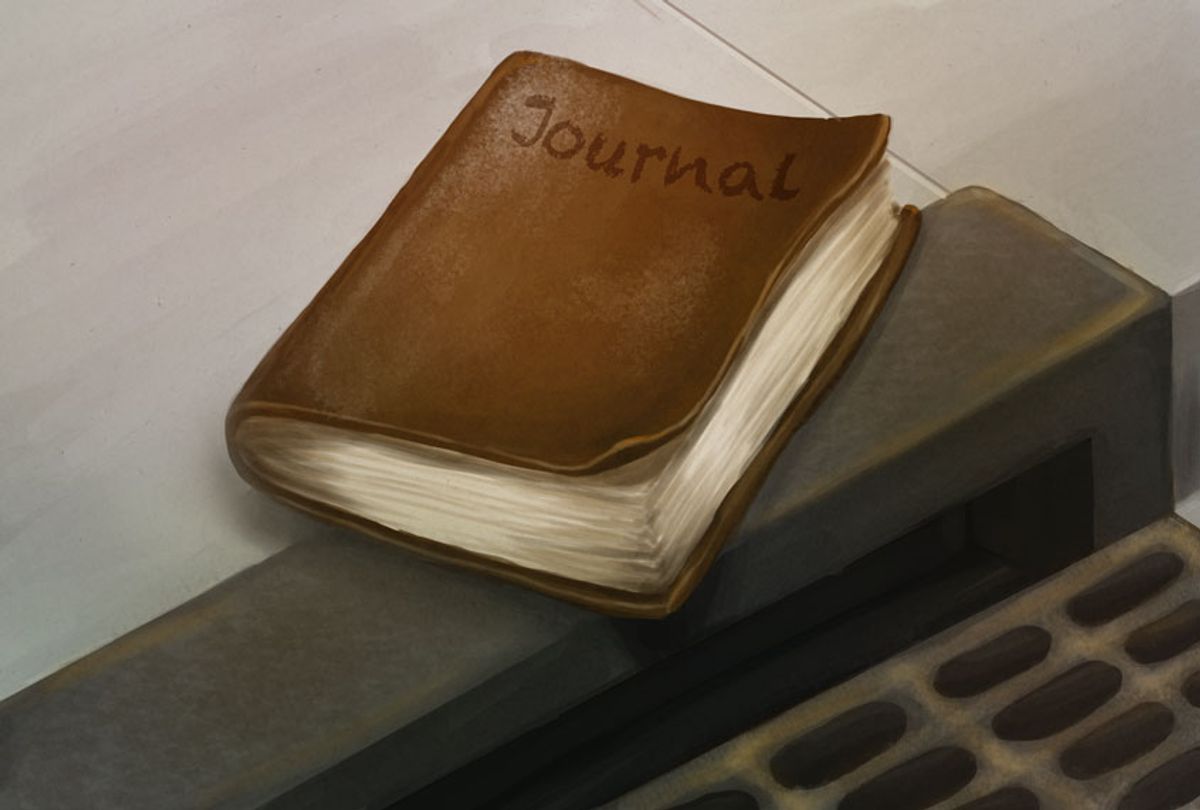 July 5, 2017: The date that I realized my story idea journal was missing.

I recovered it a month-and-a-half later, so this story doesn't end with nearly as much heartbreak as it could have. In fact, that is precisely the reason why I'm writing about this subject on Thanksgiving: I am incredibly grateful that something of incalculable value to me, and which I had thought was lost, wound up being found.

But why does it matter so much to me?

That's a somewhat tough nut to crack. The journal hearkens back to a period in my life — 2008-2010, if I had to roughly estimate — when I dabbled in playwriting. My mentor was three-time Tony Award nominee Arthur Kopit, who helped me convert one of the ideas in that notebook ("The Anthill") into a full-length piece that was performed via a reading at The Lark Theatre in late 2009.

While that was the only piece of mine which ever got off the ground in even the tiniest way, I had dozens of other ideas in a notebook that I cherished. They may not have been developed into fully realized works of art, but some part of my subconscious assumed that as long as they were preserved in that notebook, I could refer to them and one day try to develop them out.

So what to do when a treasured receptacle of one's creative work goes missing?

I contacted several other friends who have had similar predicaments (it's surprisingly common, at least based on my anecdotal observations) and found that their coping mechanisms were surprisingly akin to coping with any other form of grief. First there was a stab of terror, followed by denial and eventually an ability to accept the terrible thing that had happened. As with all losses that require mourning, though, every so often a trigger in the outside world would prompt me to remember what it was that has gone missing.

Yet what exactly was I mourning?

A number of obvious things come to mind: The loss of potential expression . . . even though it has become progressively less likely with each passing day that any of those story ideas will ever be converted into actual plays. The record of my growth as a creative thinker . . . even though my published work, though encompassing thousands of articles, contains nary a single fictional piece.

As the use of those caveats indicates, I'm not sure what the "real" answer to that question is. What I am sure of, though, is that the irrational nature of my gratitude to have found that journal doesn't make it any less potent.

That is why, to everyone reading this article, I hope you will spend some time this Thanksgiving expressing appreciation for the things you can't explain appreciating. Maybe it's a journal or diary of your own, or maybe it's some other object from your past that has sentimental value. Maybe it's an object so cheap that it borders on worthless, but to you it has immense value. Or maybe it's an object that does have considerable financial value, but which you would never sell for reasons you can't quite explain.

These may be intangible qualities, but they carry just as much weight as many of the other factors we use to determine thankfulness on this holiday. Yes, I am grateful for my family, friends and other loved ones, but it doesn't require any boldness to state as much in this culture. Yet saying that I am thankful to have recovered a precious artifact from my past — one that may or may not have actual intellectual value, depending on whether the ideas in there are any good — makes just as much sense as my inclusion of the more platitudinous expressions of gratitude.

As such, it will play an integral role in me having a Happy Thanksgiving.