We need MSNBC to step up, admit the disease and lead the way to a cure 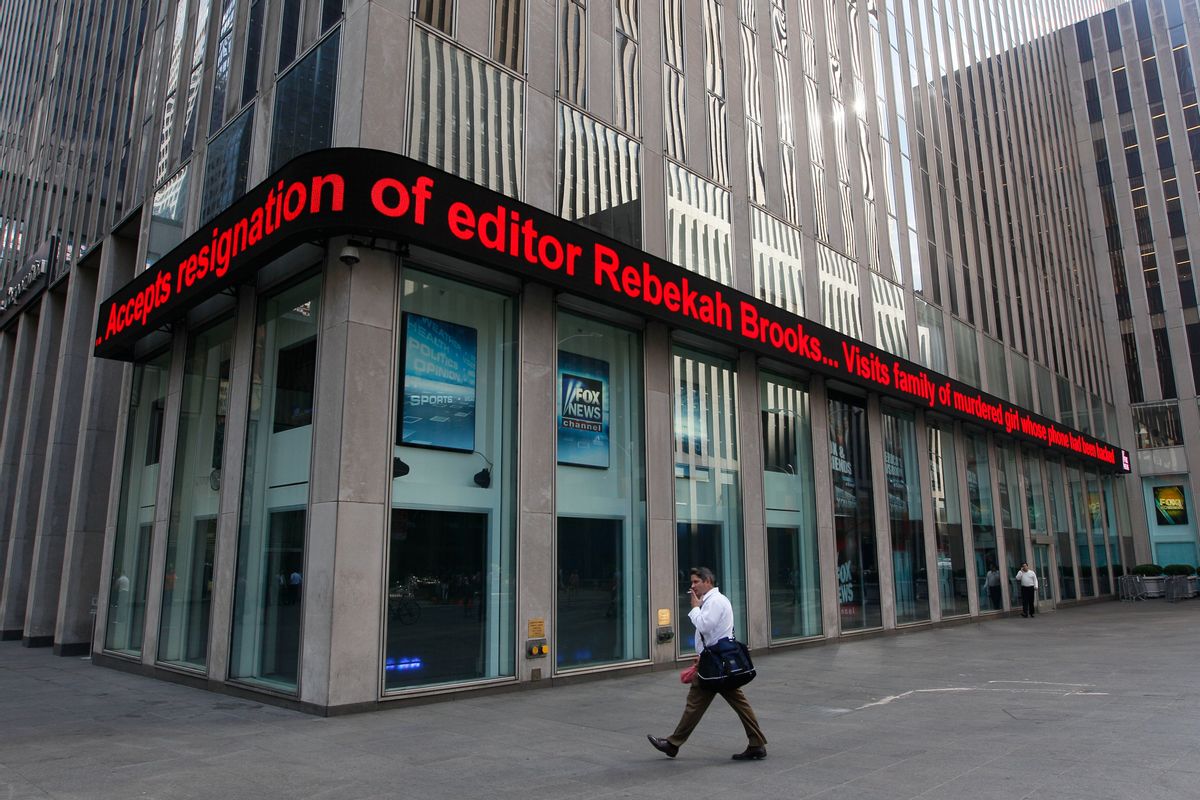 The NRA, climate destroyers and other corporate actors harming our culture and society rely on the myopic, single-issue nature of cable news to promote their agendas and maintain the status-quo. It doesn’t have to be this way.

The evening news broadcasts report on the stockmarket every day. Local news programs report on weather and sports every day. It is imperative cable news channels develop formats and allocate time to report on climate change, gun violence and other critical issues, every single day, or those who keep their foot on the gas will prevail.

These formats do not need to consume an inordinate amount of on-air time. Cable news programmers could learn from the short, informative, often-silent news videos reaching mobile-first news-consuming millennials. They watch over a billion videos a month by Attn and Now This alone. Vice News Tonight often manages to report on a wider range of world news within a single 30-minute daily program than cable news channels cover in 24 hours.

The weekly Big Four — Meet the Press on NBC, Face the Nation on CBS, This Week on ABC, and Fox News Sunday on Fox, as well as the other Sunday morning programs — set the tone and are reflective of the stories covered in repetitive fashion all week by MSNBC, CNN and Fox News. While watched by a little over 10 million Americans at broadcast, repeats, clips and soundbites from these programs recycle through Facebook, Google News, YouTube and thousands of other news sites all week.

On the November 12 Sunday morning shows, Roy Moore, Republican senatorial candidate in Alabama, featured sexual scandal and the political horse race. Louis C.K., Kevin Spacey and other revelations by prominent media figures combined to make sexual harassment the number-one story of the week. And rightfully so. The 2017 election results and their implications for 2018, President Trump's Asia trip and to a lesser extent the Republican tax plan and the latest Russia revelations rounded out the Sunday coverage. The problem is what cable news did not cover, and the corresponding absence of congressional action.

When 26 people were gunned down in a Texas church on November 5, the largest mass shooting in Texas history, the story received blanket cable news coverage. Gaps were exposed in the national gun database system and the defense department’s crime reporting process. The need for more mental health services was broached once again. Weeks earlier, the Las Vegas shooting exposed bump stocks and their ability to enhance legal guns to become repetitive killing machines.

26 people perished November 5, but more have died due to gun violence since. The 26 are covered 24/7 for a few days, and the next 30 receive zero national coverage. According to FiveThirtyEight there are approximately 33,000 gun deaths a year, and over 12,000 homicides. With warlike figures and a lack of legal action, gun violence warrants daily reminders as part of regular cable news programming.

According to Health and Human Services, the United States is in the midst of an opioid epidemic. It was only a few weeks ago, to great fanfare, that President Trump, Chris Christie and Acting Health and Human Services Secretary Eric D. Harman declared the epidemic a “nationwide public health emergency.” What happened? We haven’t heard much on cable news since, but “91 Americans die every day from an opioid overdose (that includes heroin and prescription drugs," according to the CDC.

Unfortunately, MSNBC is equally culpable, and progressives need to press Rachel Maddow, Lawrence O’Donnell, Chris Matthews, Chris Hayes, Joy Reid and the rest of the news reporting team to reduce the single-issue, often blanket coverage and find solutions. The time spent on Roy Moore, hurricanes and other hot-button stories are simply not, as John Oliver would say, “proportionate” news reporting. Blanket coverage consistently drowns out issues that need continuous daily reporting. If you watched the Sunday shows this week, you wouldn’t even know there was a worldwide climate conference going on in Bonn right now.

There are some basic fixes MSNBC could try. In times of war, it is common for news programs to report war deaths every day. Why not begin to do the same for gun and opioid deaths in America at the end of one or more of their weekly daily programs? Maybe one program reports opioid deaths and legislative progress each day, and another gun deaths. It would be a good start.

Instead of each MSNBC show cycling through the same stories, maybe each program could reserve a small portion of their shows, even five minutes a day, to broaden their reporting scope and consistently track a major issue. Chris Hayes could do five minutes each night on climate change, Lawrence O’Donnell on income inequality and so on. Something relevant happens every single day somewhere in the world on each of these big-ticket issues, and the shift of focus would be refreshing.

According to the National Institute of Health, “Attention-deficit/hyperactivity disorder (ADHD) is a brain disorder marked by an ongoing pattern of inattention and/or hyperactivity-impulsivity that interferes with functioning or development.” I couldn’t think of a more perfect description of cable news if I tried. There is an “ongoing pattern of inattention” to the biggest issues of our time. It is interfering with America “functioning” and cable news program “development” — but benefiting the NRA and the swamp creatures.
Report Advertisement

It is too easy to blame the fleeting attention span of the American public. Cable news organizations can do better. Rachel, Lawrence, Joy, Chris and Chris — lead the way.