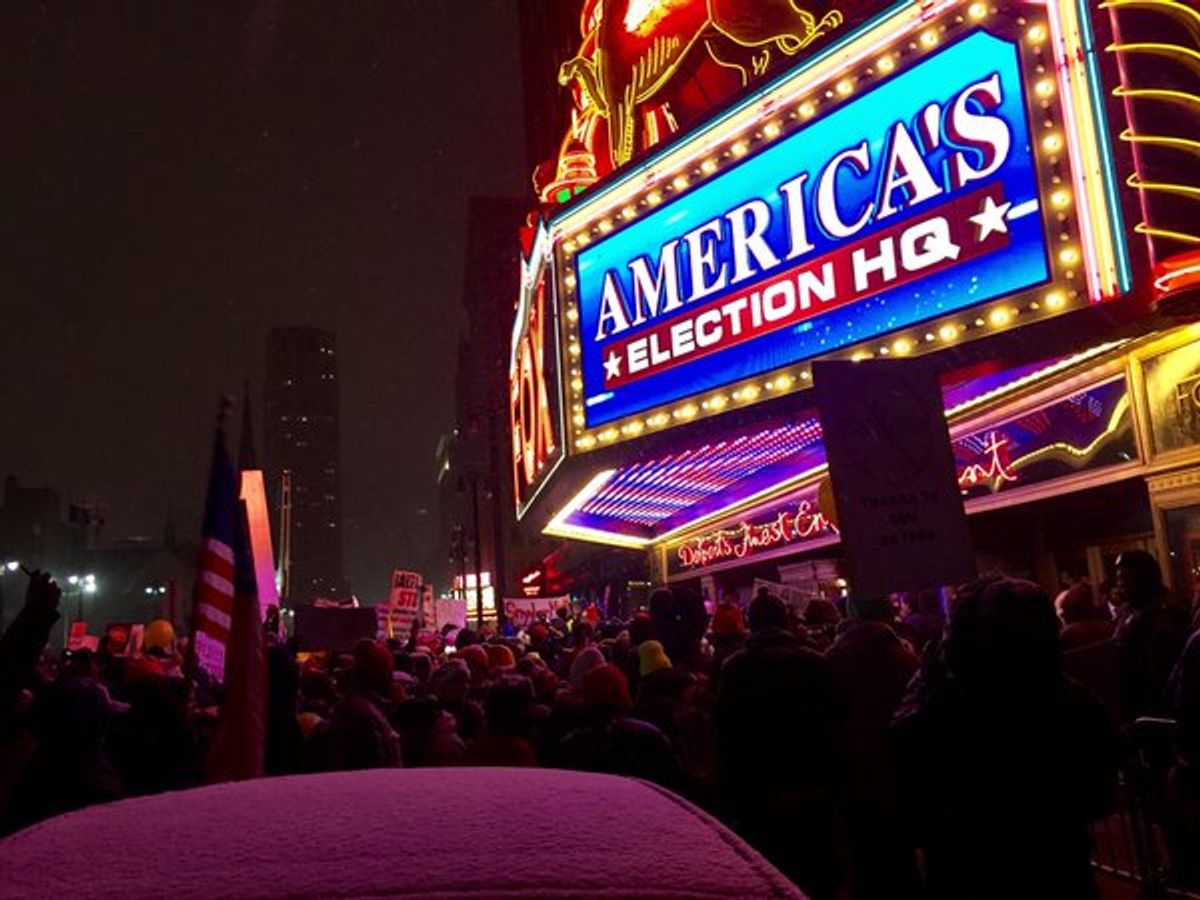 On Fox News’ Tucker Carlson Tonight, host Tucker Carlson fearmongered about a reproductive rights case that the Supreme Court just decided to hear — signaling the start of another right-wing misinformation campaign about abortion.

On November 13, the Supreme Court agreed to hear National Institute of Family and Life Advocates v. Becerra, a case that involves a California statute called the Reproductive Freedom, Accountability, Comprehensive Care and Transparency (FACT) Act. Under California's FACT Act, licensed crisis pregnancy centers (CPCs) — which are anti-abortion organizations that represent themselves as reproductive care clinics — are required to display a notice at their facility and in advertising materials which states, “California has public programs that provide immediate free or low-cost access to comprehensive family planning services (including all FDA-approved methods of contraception), prenatal care, and abortion for eligible women,” and directs people to call a number to determine if they qualify for such services. CPCs not licensed by the state of California are also required to post a notice stating that they are “not licensed as a medical facility” and that they have “no licensed medical provider who provides or directly supervises the provision of services.” The National Institute of Family and Life Advocates (NIFLA) — which represents both licensed and unlicensed CPCs in California — challenged the law as a violation of CPCs' free speech rights to not promote abortion or contraceptives. The lower courts ruled in favor of upholding the state law and the case is now before the Supreme Court.

The Supreme Court’s last major abortion case — Whole Woman’s Health v. Hellerstedt — involved a Texas law that placed, under the guise of supposedly protecting women’s health, medically unnecessary requirementson facilities that perform abortions. The Supreme Court ultimately found that the law created an undue burden on abortion access. While some outlets reported on the law’s substantial harmful effects after it caused many abortion facilities in Texas to close, right-wing outlets ignored its impact to push a myth that the measure was necessary to protect the health of those accessing abortion in the state.

During a November 15 segment on the NIFLA v. Becerra case, Carlson defined California’s FACT Act as an attack on CPCs' freedom of speech — rather than as a necessary restriction because many centers utilize deceptive tactics or medical misinformation to dissuade patients from having an abortion. During the segment, Carlson mischaracterized the law as “forcing” CPCs “to provide information on how to get a state-subsidized abortion” and said that it “would force pro-life centers to literally advertise and tell people who come in, ‘Hey, there is a free abortion waiting for you if you want one.’” Carlson also incorrectly implied that CPCs should not be regulated because they are “not hurting anybody.” Classifying facilities that offer abortion as part of “an industry,” Carlson said that the law “is really about an industry trying to shut down its opponents,” ultimately concluding that pro-choice advocates “worship” abortion “like a God.”

Despite much grandstanding, Carlson failed to accurately describe either the factual basis of the California law or the nature of the lawsuit. (Carlson has a history of failing to accurately address abortion issuesthroughout his tenure as a prime-time Fox News host.) While Carlson described CPCs as “not hurting anybody,” they actually use multiple deceptive tactics to convince individuals to utilize their services, ultimately dissuading many considering abortion. A yearlong investigation by Cosmopolitan found CPCs “increasingly look just like doctor’s offices with ultrasound rooms and staff in scrubs. Yet they do not provide or refer for contraception or abortion. Many pregnancy-center counselors, even those who provide medical information, are not licensed.”

As Teen Vogue reported, some CPCs also lie about state restrictions that prohibit abortion past a certain week of pregnancy and about the risks of abortions — including making inaccurate claims that abortion makes a person infertile or causes breast cancer. Some CPCs also lie before people even get in the door — posing as comprehensive reproductive care clinics or suggesting in their advertising that they offer abortion services or contraceptives, when in reality many CPCs provide neither. Some CPCs also receive direct funding from states. For example, Texas awarded a $1.6 million contract in 2016 to The Heidi Group, an organization led by anti-abortion extremist Carol Everett, for the purpose of providing low-income reproductive health services. Earlier this year, the Heidi Group was found to have failed to deliver on any of its proposals. On the federal level, Rewire found that the Trump administration has awarded “at least $3.1 million … to religiously affiliated organizations and crisis pregnancy centers.”

Similarly, while Carlson decried the FACT Act as an attack on free speech, anti-abortion proponents have long pushed the so-called “informed” consent laws that often require medical providers to lie to patients about the risks of abortion, or provide them information with no basis in science, such as the viability of “abortion reversal” methods. Many have noted that if the Supreme Court's decision falls in favor of CPCs on free speech grounds, it could have unintended consequences for such efforts by the anti-choice movement. As Slate’s Dahila Lithwick and Mark Joseph Stern wrote, “If the FACT Act falls ... it would not necessarily be an unmitigated victory for abortion opponents” given the number of deceptive “informed consent” laws that various states have already passed.

Although the Supreme Court just agreed to hear NIFLA v. Becerra, Carlson’s segment demonstrates that right-wing media are already gearing up to push misinformation about the case and support CPCs' efforts to block abortion access.