Bernie Sanders could be running again in 2020, and that opens a can of worms

It's time to play everyone's favorite game about presidential speculations 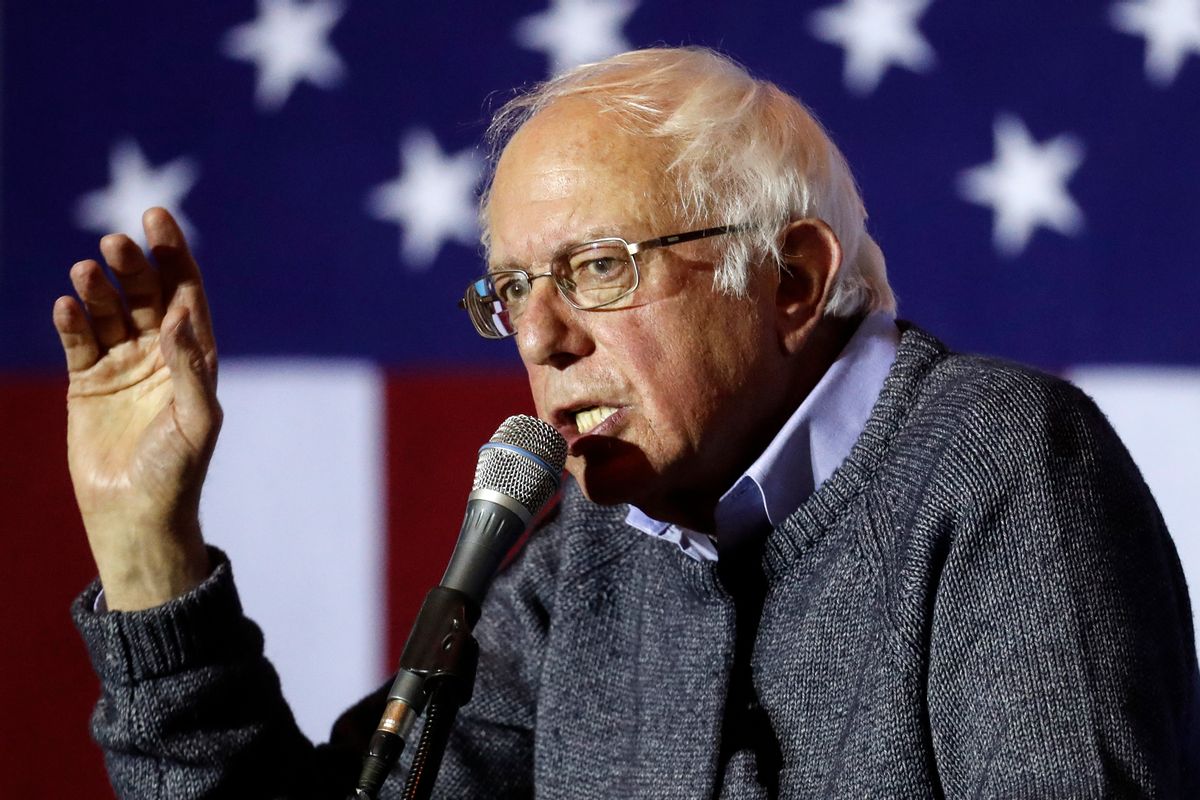 There is considerable evidence that Sanders plans on coming back to the Democratic Party to forge a 2020 presidential run.

He has begun to forge relationships with members of the party establishment, according to Politico, such as American Federation of Teachers President Randi Weingarten. He's in the process of developing a series of foreign policy speeches with President Bill Clinton's former defense secretary, Bill Perry. He also had the position of "outreach chairman" created for him by Senate Minority Leader Chuck Schumer of New York — one that he has used to forge extensive ties within the party establishment, and has kept his former campaign manager on his Senate payroll while also hiring a pollster and a former aide to longtime Democratic stalwart Harry Reid.

It is worth examining the pros and cons that would follow Sanders if he chooses to run in 2020.

There are two major pluses to a potential Sanders campaign. First and foremost, Sanders' so-called "democratic socialism" is a direct ideological descendant of the New Deal liberalism that catapulted the Democratic Party into power through the mid-20th century. By uniting Americans of all races, genders and creeds around the concept that the government should guarantee economic security to all of its citizens, Democrats managed to control the presidency for all but eight years between 1933 and 1969, as well as Congress for all but four years within that same period. If Sanders in 2020 could effectively create a national coalition akin to that constructed by Franklin Roosevelt in 1932, his candidacy could result in a similar long-term political realignment in the Democratic Party's favor.

This brings us to the other major advantage that a Sanders candidacy would have — namely, the fact that he already has a large and passionate following. Whereas all of the other potential 2020 Democratic candidates would have to try to build their coalitions from scratch, Sanders could capitalize on his energized grassroots base and broader reputation as the most popular elected official in America to be a strong favorite in both the primaries and general election. As one Democratic strategist put it, "His people have never gone away. And he has a loyal core following out there that will be with him come hell or high water."

Sanders would also enter the campaign with two significant liabilities. The biggest one is his age: If elected, he would be inaugurated on Jan. 20, 2021, as a 79-year-old man. Sanders would then become the first American president to serve into his eighties, which would regularly raise questions about both his longevity and physical and mental fitness as he continued to do his job. Considerable attention would inevitably be paid to his choice of vice presidential running mate as well, for obvious reasons.

Another problem would be that Sanders has, at times, said things which have alienated African-Americans, women and other key constituencies within the Democratic Party. While none of these comments were outright hateful, they at times seemed to overgeneralize important issues (such as Sanders once seeming to imply that living in a "ghetto" is a racialized issue) or diminish matters that a group in question considered important (such as Sanders defending his endorsement of an anti-abortion candidate on pragmatic grounds).

If Sanders wants to run again, it may be time for him to mend some fences in order to make sure he can inspire as many Democrats as possible to turn out on election day.