Let's take another look at the GOP's terrible tax bill, which could be passed or killed this week

We already know the bill is a disaster, but now we're seeing just how bad it's going to be 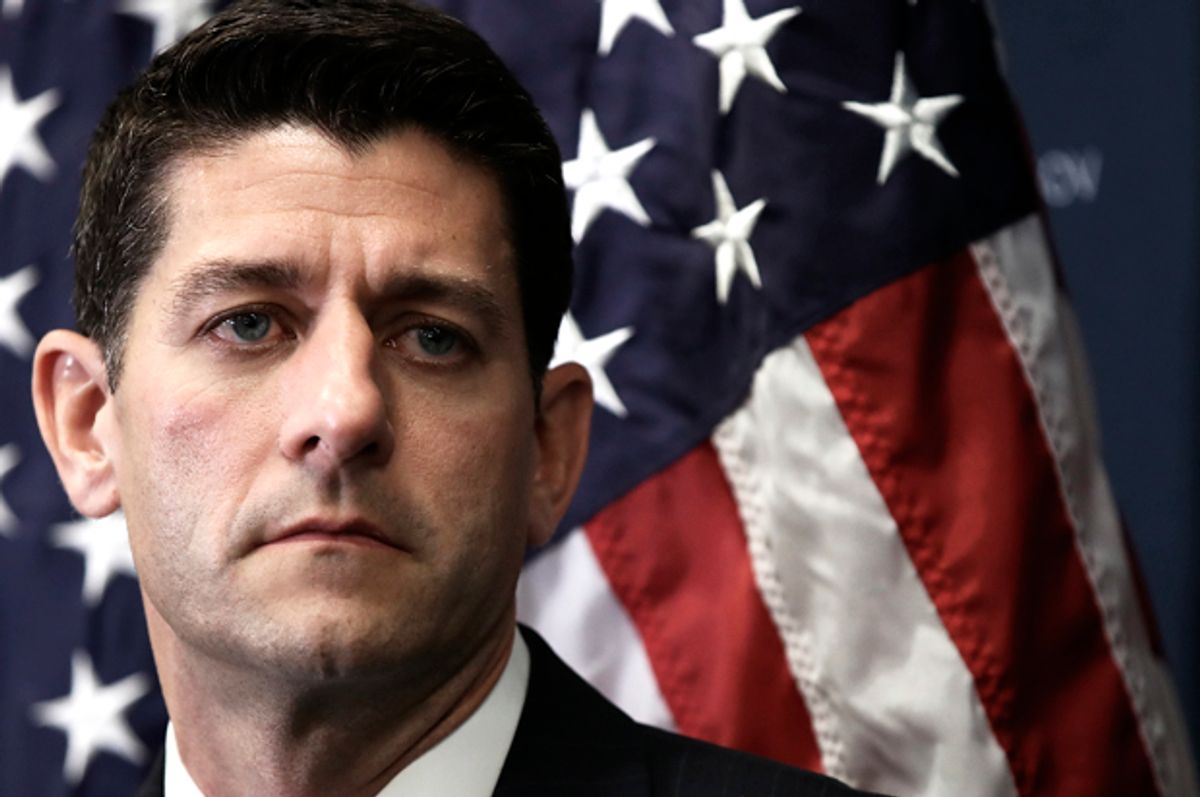 President Donald Trump and Senate Republicans desperately need to pass their tax reform bill in order to achieve a long overdue political win, but the contents of the law itself are getting in the way of their goal.

One problem has been that two Republicans — Sens. Steve Daines of Montana and Ron Johnson of Wisconsin — won't support the bill, according to The Washington Post. Johnson and Daines have objected to the fact that the new bill would seemingly favor large corporations over small businesses, which could convince them to vote against it. If Johnson and Daines defected and one other Republican did likewise, the bill would fail in its attempt at being passed this week.

It's worth mentioning that this bill — a tax bill — is also designed to gut the Affordable Care Act. The GOP's tax plan will effectively eliminate the individual mandate, which requires most Americans to either purchase health insurance or pay a penalty. The CBO estimated that, by eliminating the individual mandate, the tax reform bill would cause 4 million Americans to lose their health insurance by 2019. That number rises to 13 million by 2027. Predominantly conservative rural regions of the country would be especially hard-hit, according to a data analysis by the Los Angeles Times.

We're not done with problems facing the bill. The deficit hawks who crafted this legislation are adding an estimated $1.4 trillion to the national debt. Although House Speaker Paul Ryan had frequently denounced the "crushing burden of debt" when President Barack Obama was in the White House, he has been pushing for the tax reform bill on the grounds that the resulting economic growth would offset the projected deficit increase. This attitude was perhaps best summed up by right-wing Rep. Trent Franks, R-Ariz.

"There is no question that there is sincere concern about the deficit, and I have been a deficit hawk. The case they have made of economic resurgence and growth being critical to anything else we do that is positive has resonated, and it has overcome any other reticence," Franks said, according to Bloomberg.

Since Sunday, Trump himself has tweeted several times on the upcoming tax reform bill.