The backlash against the bullies: Why the resistance is slowly working

The days of Trump and the bullying he represents are numbered 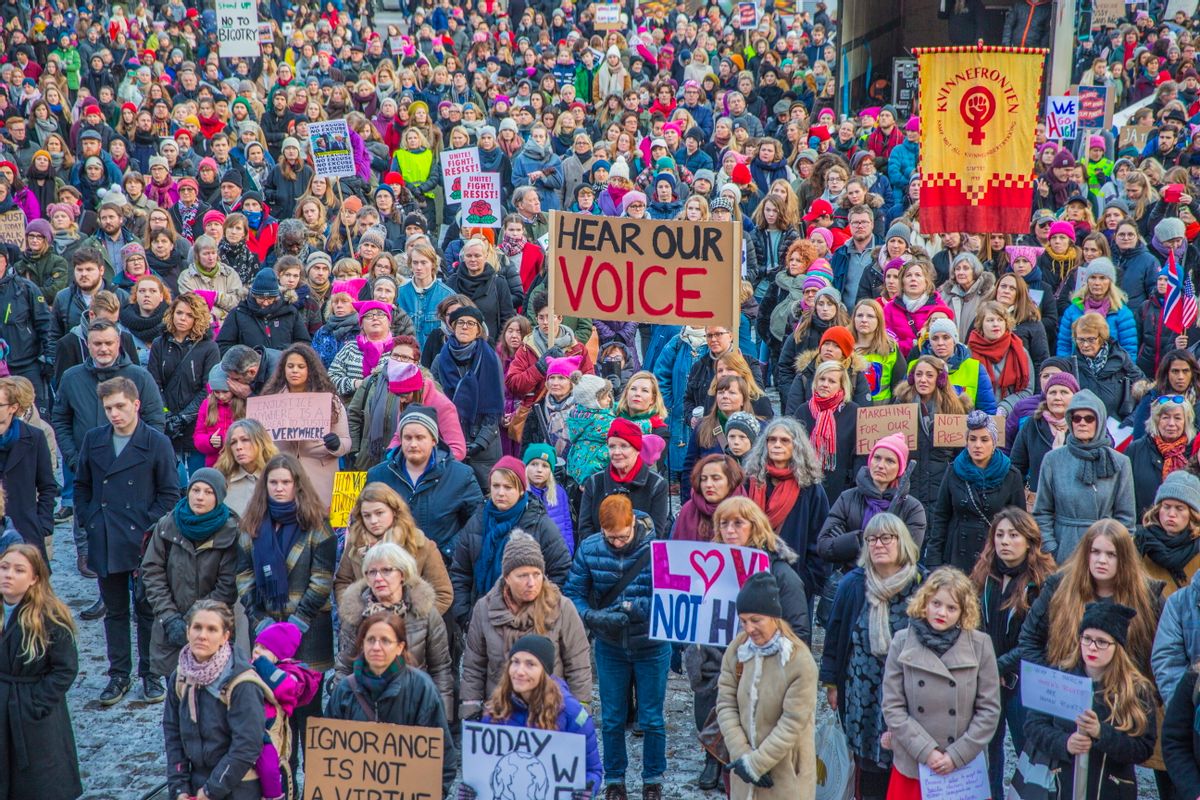 Why are so many women now speaking out about the sexual abuses they’ve experienced for years? Is there anything unique about the time we’re now living through that has encouraged them to end their silence?

I can’t help think their decisions are part of something that’s happening throughout much of American society right now — a backlash against what has been the growing domination of America by powerful and wealthy men (and a few women) who came to believe they can do whatever they want to do, to whomever they choose.

“When you’re a star, they let you do it. You can do anything. Grab ‘em by the pussy,” said Donald Trump in the infamous 2005 Access Hollywood tape.

Sexual assault is one obvious assertion of dominance. Other forms include economic bullying and the stoking of bigotry to gain political power.

Trump epitomizes it all. As a businessman he stiffed contractors, used bankruptcy to avoid paying creditors, and wielded lawsuits to threaten critics.

As a politician he gained traction by alleging Obama was born in Africa, Mexicans are rapists and murders, and Muslims must be kept out of America.

As president, he has bullied everyone who disagrees with him — journalists, judges, members of congress, his own staff and cabinet.

And he’s bullied the vulnerable and innocent — “dreamers” who came to the U.S. as small children but could be deported because of him; the elderly and sick who may lose their health coverage because of him; the needy families who will no longer receive assistance because the the massive corporate tax cuts he’s pushing will require cuts in programs they depend on.

But the days of Trump and the bullying he represents are numbered.

Soon after the 2016 election, millions of women marched against Trump, and the Resistance was born.

Americans are rising up against bullying.

One consequence of Trump’s presidency has been a sharp increase in the number of female candidates and winners. More than 20,000 women have declared themselves candidates for public office so far, according to Stephanie Schriock, the president of Emily’s List — an unprecedented number.

This should be the Democrat’s hour — especially if they stand up against the bullies of America, and stand for the millions who have been humiliated, intimidated, disenfranchised, and disempowered.

Democrats will need to gain 24 seats to take control of the House in 2018. It will be difficult, given the amount of gerrymandering and other forms of voter suppression imposed by Republican legislatures.

Nevertheless, last month Cook Political Report shifted 12 House districts in favor of Democrats, a full year ahead of the 2018 midterms.

A poll released at the beginning of November showed Democrats with an 11-point lead over Republicans on a generic House ballot.

The revolt against Trump is a backlash against bullying in all its forms. Powerful and wealthy men who have felt free to impose their will on others, regardless of the pain they cause, are in for a rude awakening.