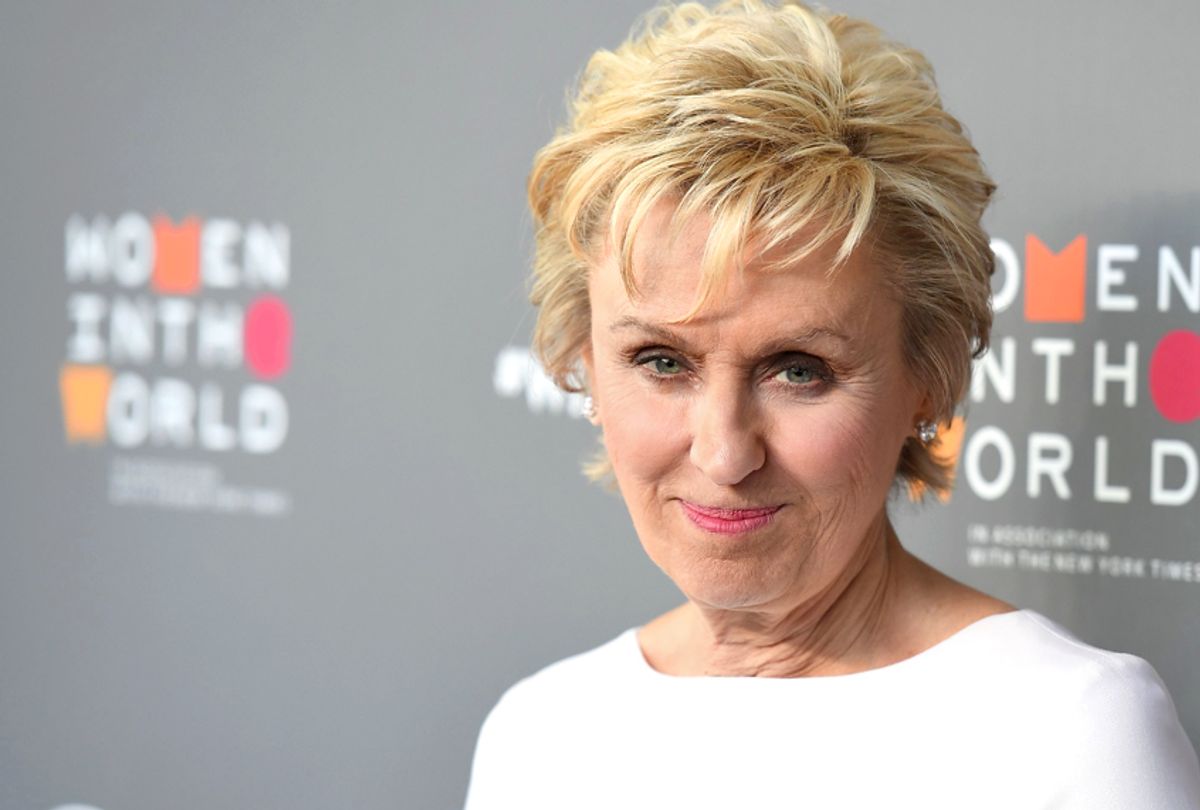 About twenty years ago, when I was a reasonably sought after magazine writer (a breed that no longer exists), Tina Brown asked me to breakfast. We met somewhere in the Chelsea neighborhood of Manhattan, not far from the headquarters of Talk, the magazine she was then editing in a doomed partnership with Harvey Weinstein. (Yes, that, Harvey.) I was excited and a little nervous. Brown, who had so famously roused first Vanity Fair, then The New Yorker, from their cultural torpor, was a bit of a hero in my book.

To begin with, she’s a brilliant writer, a trait boldly on display in the recent publication of “The Vanity Fair Diaries,” a book so filled with crackling bon mots, I found myself continually making exclamation points in the margins. Her then boss, S.I. Newhouse (recently deceased), heir to a newspaper fortune that kept the often money-losing Conde Nast titles afloat, the Medici to her Da Vinci, and a man not particularly gifted in the looks department is described, variously, as a “hamster” (!), “Caligula” (!) and a “pensive Hapsburg hanging in the Prado.” (!!) When she hadn’t heard from him in a few days, she began to wonder “what’s happening in the hamster cage.”

Brown had invited me to breakfast because I had written a well received piece for the magazine about an attractive, successful young woman who could not find a man to settle down with, thus embodying the zeitgeisty conundrum of feminism in the 1990s — once you’re making your own dough, it can be hard to make the compromises necessary to a committed relationship. Brown had smartly titled the article, “Picky, Picky, Picky,” a phrase plucked from a quote the woman had used to describe herself.

“I want you to write an article,” Brown leaned forward and fixed her knowing blue eyes on mine, “called ‘the “fuck you” years.’”

I stared woefully at her expensively blonded hair, the upturned collar on her cotton shirt and the pearls around her neck.

“The what years?” I asked. It was a terrible idea and I had zero desire to write it, but so much desire to please her!

“You know, how you reach those years when you just don’t give a shit what people think anymore?”

I didn’t, actually, know what she meant because, at the time, I very much did give a shit what people though. I still do. When the guy from AAA comes to jump my car battery because I stupidly left my hybrid running for a week (hey, they’re really quiet!), I feel compelled to be friendly to him. British people — especially ones who have graduated from Oxford — don’t feel this way. They arrive in the city professing to adore America’s meritocracy but then focus all their attention on their equals or, “betters,” the mere concept which makes most Americans gag. Brown was an assiduous chronicler of the parties she attended with the rich and famous of that era, many of whom are now dead. That social whirl was a crucial element to Brown’s success — at Tatler, the British magazine where she made her name — she was the scrappy brat thumbing her nose at the establishment. In New York, she found many of her best stories by cozying up to the establishment. In England, they haven’t forgiven her for it, but in New York, social climbing is a way of life.

With her 300 blowouts a year, Brown was living the life of an executive, but inside she was still the canny writer, hoarding details for the day she would pull a Truman Capote and brutally (but oh so deliciously) bite the hand that had fed her. The hamster isn’t the only one who comes in for a goring. The Vanity Fair she inherited was a“flatulent, pretentious, chaotic catalogue of dreary litteraturs . . . ” Actress Claire Bloom is “a high-minded humorless bore.” Painter Julian Schnabel is a “predatory starfish” trying to break in line at a movie screening. She could do the journals because she did not drink alcohol (another thing she and I don’t have in common). Attending those parties without drinking seems like dental surgery without Novocaine, but that’s why she got the big bucks. Actually, for a long time she did not get the big bucks, and her quest to wrest more money out of the hamster is, in many ways, the most compelling part of the book.

Money is always on her mind. “Harry and I were paid half as much then as we are now and never talked about money. Now that’s all we seem to talk about. Money here gets into the blood like a disease. An unsettling itch that colors everything.” Conde Nast is a privately held company, so the numbers are never public, but S.I. was always telling her how much money the magazine was losing until, finally, it wasn’t. Mindful that a well paid queen lording it over low paid minions won’t be popular for long, she generously spread the wealth, raising payments to writers from a mingy $1 a word, to $2, $3, $5, even $10 a word and signing them up to contracts so the money would arrive monthly. All of a sudden, magazine writing became a viable profession (assuming you were young and uninterested in home ownership).

As we all know, the internet put an end to all that. Reading her accounts of freewheeling assignments and unlimited expense accounts will make anyone in the business nostalgic for the old days. Nowadays, you’re lucky to get a dollar a word. And if you’re thinking maybe you’ll unionize to negotiate for better wages, think again. (See Gothamist and DNAinfo.com.) At least the ax is coming for editors as well. Rumor has it that Tina Brown’s replacement, Graydon Carter, was making $2 million a year when he announced his retirement a few months ago. His replacement is said to be making $400,000 a year.

At Talk, Brown was paid a stunning $3 million a year, but when she asked me to write a piece about the “fuck you” years, I think she was beginning to understand the enormity of the mistake she had made by throwing her lot in with the odious Harvey Weinstein. Better a gentlemanly hamster than a potted plant onanist. To those of us in the business, Brown seemed like the quintessential superwoman, impeccably coiffed, charming to speak with (assuming the conversation didn’t run over 25 minutes) and full of energy but, as the book reveals, she was actually struggling with the many pressures of having it all. She loved her brilliant husband, Harry Evans, but he was always, always working, leaving the donkey work of mothering to her, something she both adored and abhorred. She had no trouble firing deadweight editors but kept a detested nanny working for years. It was only when she overheard the woman saying she hated Brown, that she finally gave her the boot. No wonder she sometimes felt like giving the world the middle finger.

In the end, I did write another piece for “Talk.” At the time, the headlines were filled with the infidelities of then president Bill Clinton and the toll it had taken on his wife and daughter, Chelsea. Brown had the genius idea of gathering together the daughters of famous men who were also known for their infidelities and asking how it felt to read about their father’s peccadilloes in “The New York Post.” By promising anonymity and leaning on every social contact the magazine had, we were able to bring together five or six young women to discuss the phenomenon. I remember being queasily stunned and moved by the complexity of their emotions, especially one woman’s confession that she preferred to identify with her philandering father over her morose mother, the victim. “He is obviously having such a better life,” she observed.

The piece was accepted, scheduled and then mysteriously moved to a back burner, never to be seen again. When I asked my editor what happened, she said there was a rumor that Tina had mothballed it in order to mollify Hillary Clinton, whom she was courting for a profile. I always believed that explanation — magazines are like miniature kingdoms where egos need massaging and manipulating to gain the access you need. When the Harvey Weinstein scandal broke, I began to wonder if there was an even darker explanation, but I suppose I’ll have to wait for the sequel to find out.