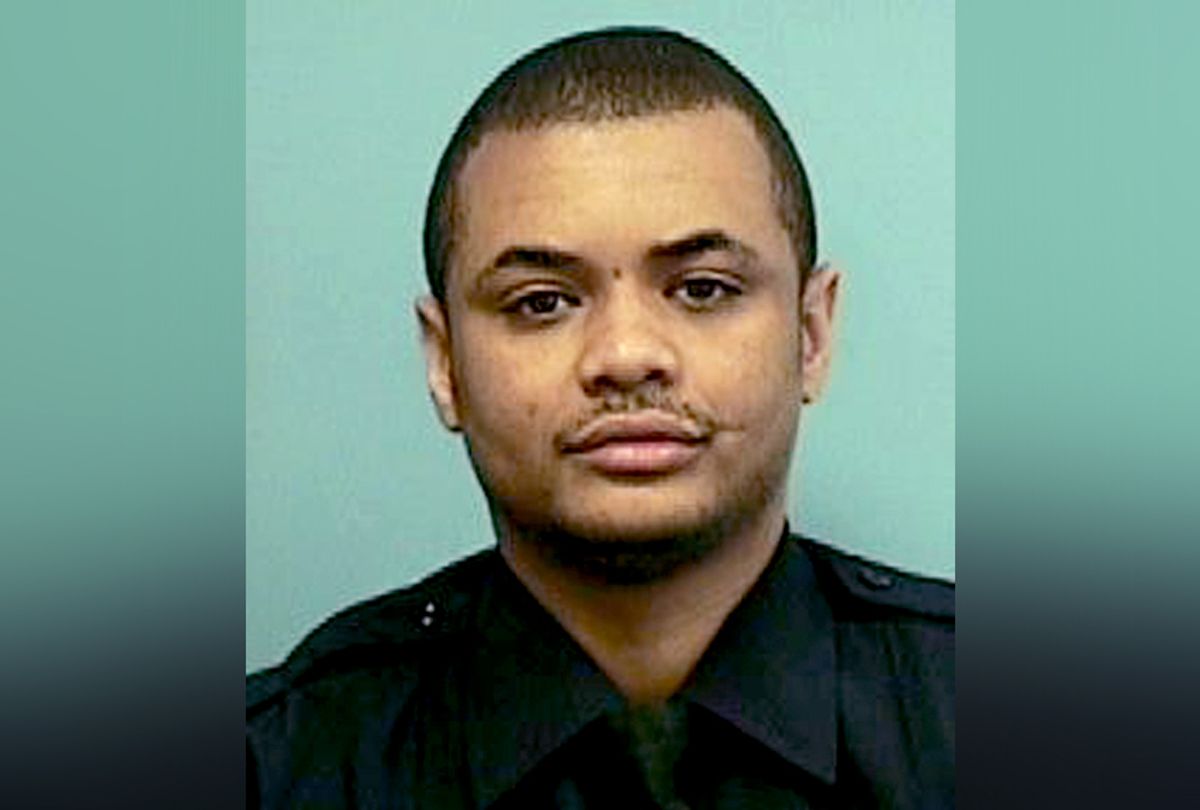 Cop drama in Baltimore stretches far beyond "The Wire."

On November 15, Detective Sean Suiter of the Baltimore City Police Department (BCPD) died from a gunshot wound to the head. Suiter and another detective, whose identity has yet to be released by BCPD, were in West Baltimore investigating a triple homicide from last December when they noted two instances of suspicious activity from the same person. According to his partner, Suiter approached the individual, who the other officer described as an African-American male wearing a black jacket, after the second sign of suspicious activity. There was a struggle, and three shots were fired. Suiter was hit, and the other individual fled the scene. According to private surveillance footage, the other officer was not involved in the struggle. “Upon the sound of gunfire, Detective Suiter’s partner sought cover across the street,” said Police Commissioner Kevin Davis.

Suiter’s partner called for an ambulance, then tried to transport the officer to the hospital himself in his patrol car, which was involved in an accident en route. An ambulance then transferred Suiter to the University of Maryland Medical Center Shock Trauma Center, where he was pronounced dead.

Two weeks later, to great public outrage, no arrest has been made. But more of the details of the scene have started to unfold that present more questions than answers.

As a detective, Suiter wore a suit and carried a badge. Attacking a cop could get you beaten so bad that you wish you were dead. I’ve been in the streets for most of my life and I've never seen a person attack a guy with a gun and a badge — especially not a homicide detective. They rarely express interest in petty dealings and street crimes. I've actually seen people sell drugs in front of homicide detectives because they are aren’t patrol officers. They're trying to solve murders, not shake down hustlers and corner dwellers. So what would cause this altercation?

Suiter was shot with his own gun. An 18-year veteran of the police force, Suiter wasn’t some lost rookie. How did he happen to end up in a situation where a person could just take his gun and kill him with it during a scuffle? And then the person dropped the gun at the scene when they fled. Why? A person bold enough to kill a cop with his own gun has likely killed before and would most likely take the weapon and dispose of it. That’s a simple survival skill. There were no other guns fired or found at the scene, according to the police.

The $215,000 award for information leading to an arrest goes unclaimed. As The Baltimore Sun reports, "[n]ever in the Police Department’s history has the killing of an on-duty officer gone unsolved. In almost every case, a suspect was identified immediately." Have you ever lived in poverty? If you haven’t, you should know that someone from West Baltimore would quickly claim that money if they could. "No snitching" is a myth. People talk, and they are always watching, so if anyone had information on a guy in that neighborhood, they would go quickly and collect that money.

Why did his partner take cover across the street? I’ve been approached on more than one occasion by police officers, and I know that they travel in packs when they roll up. And when they beat us, it’s normally team work, so why did this guy allow Suiter to approach a suspicious guy alone? Especially since they didn’t approach the guy the first time?

Suiter was set to testify in front of a federal grand jury in the case of the Gun Trace Task Force. This is where Suiter's killing takes on a whole other dimension. The Gun Trace Task Force, or the Baltimore 7, is a gang of rogue police officers who were recently indicted on federal racketeering charges and other charges including but not limited to stealing, selling drugs and committing overtime fraud. Suiter worked with three of the indicted officers. He was scheduled to testify the day after he was killed, and he has not been identified as being under investigation. Was his death a freak coincidence?

They say Suiter wasn’t a dirty cop. Police Commissioner Kevin Davis has gone on record to say, “There is no information that has been communicated to me that Detective Suiter was anything other than a stellar detective, great friend, loving husband and dedicated father.” It’s important to remember that he did work with the indicted officers in the task force unit, and he wasn’t the person who turned them in. So we truly don’t know what would have come from his testimony. There are still too many unanswered questions.

The public is calling for outside forces to take over the investigation, but Mayor Catherine E. Pugh told The Baltimore Sun that she is confident that BCPD and federal authorities can work together on the case.

“The FBI is on this investigation. The Police Department is on this investigation. I hope the community oversight committee is taking a look at it. The more eyes the better,” Pugh told the Sun. “We want to make sure every ‘I’ is dotted and every ‘T’ is crossed. It’s not about what people think or their opinions. With the FBI and the Police Department, I believe that we will come to the right conclusion.”

I fear someone is going to pay, big time, for Suiter's death. Agencies like BCPD like to send messages. I just hope the blame doesn't fall down on the wrong person. It’s hunting season on black men in Baltimore City right now, especially on the West Side, and I’m sure innocent people have already been harassed over Suiter's death. Can we trust the police department to investigate Suiter's slaying in a fair manner? Freddie Gray’s killers walked, and the recent indictments of the Baltimore 7 have basically destroyed public trust in the department. True justice may prove elusive.