In a last-ditch effort to save his terrible tax bill, Trump hauls out Republican catnip: punishing poor people 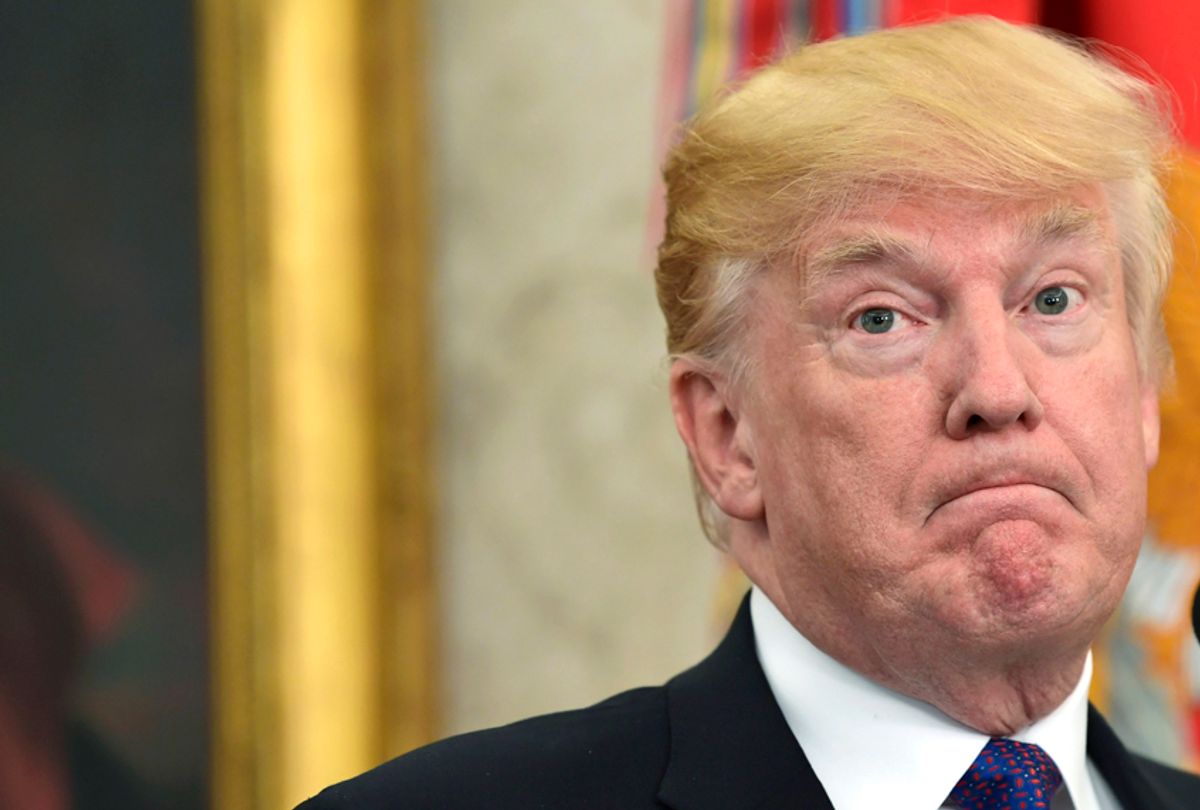 You can always tell when the president of the United States has taken up a new interest – either whispered in his ear by a close associate or mentioned at the top of every “Fox & Friends” hour – by the way he insists that the topic is suddenly the subject of newfound concern to other people.

In February, while touring the Smithsonian National Museum of African American History and Culture as part of Black History Month, Trump insisted that abolitionist Frederick Douglass, one of the most important Americans of the 19th century, “is being recognized more and more.” He tweeted last month, seemingly out of the blue, that “more and more people are suggesting that Republicans (and me) should be given Equal Time on T.V.” Now, as congressional Republicans finally begin to coalesce around their single greatest legislative priority in a generation, Donald Trump is insisting that welfare is "becoming a very, very big subject.”

Why the sudden focus on welfare?

While Trump has evoked the favored right-wing boogeyman before, both in his inaugural address and his February speech to a joint session of Congress, he’s recently dangled the promise of so-called welfare reform as a way to woo Republicans who remain reluctant to support his tax bill.

"We’re looking very strongly at welfare reform, and that’ll all take place right after taxes, very soon, very shortly after taxes," Trump said in the White House last Monday. He was backed up by his press secretary, Sarah Huckabee Sanders, hours later: “This is something that the president has a great deal of interest in and I think you can count on probably the first part of next year seeing more specifics and details come out on that.”

The White House has reportedly tasked a small group to begin drafting plans for welfare reform. An initial version of an executive order tightening work requirements for welfare recipients was circulated around federal agencies back in September. Trump's Domestic Policy Council director recently told the Heritage Foundation that welfare reform is “something that excites him. It’s something that he has a lot of energy about.” According to Paul Winfree, "the president really wants to lead on this” and has “opened conversations with leadership in Congress to let them know.”

Borne in part out of a likely necessity (since Republicans’ proposed corporate tax cuts will conveniently leave an enormous deficit), Trump’s recent focus on welfare reform is a tried-and-true GOP staple at a moment when he seems to be losing control of his own caucus — yet again. After failing to repeal the Affordable Care Act, Republicans have convinced themselves that the only road to success in the 2018 midterms runs through tax cuts. This comes despite the Congressional Budget Office's finding on Sunday that the current bill would increase taxes on the poor while sending most benefits to people making more than $100,000. With two Republican senators having publicly defected already, the GOP’s tax bill looks dead even before Trump arrives on Capitol Hill Tuesday to push for its passage.

So Trump has shifted his attention to “welfare” – which notably, likely means major entitlement reforms to nontraditional “welfare” programs like Social Security and Medicare. Trump’s budget director, Mick Mulvaney, has already said as much.

"It's welfare," Mulvaney explained of Social Security disability in a recent Politico profile. In its fiscal 2018 budget, Mulvaney’s Office of Management and Budget proposed adding work requirements to a range of government programs, including the food stamp program, as a form of welfare reform. The recently passed House version of the GOP tax bill also includes tighter eligibility requirements for low-income tax credits as a form of welfare reform. Conservative Republicans have argued that cuts to excessive benefits in the earned income tax credit could save $15 billion annually.

"People are taking advantage of the system," Trump explained to the rest of the Cabinet last month.

While it might sound great to Trump’s base to slash the social safety net that helps to hold up the black and brown people he has so successfully scapegoated, as with so many of Trump’s proposed policies, the biggest losers may be his own supporters.

Seven in 10 Social Security disability recipients are white, according to census data. Any cuts to “welfare” benefits will hit the more than 6 million working-class white people. That’s the president’s base the White House is using as bait for congressional Republicans, in order to deliver tax breaks to the wealthy.