Paul Krugman: The GOP is attempting the biggest tax scam in history

Make no mistake, the Republican bill will hurt the vast majority of Americans — bigly 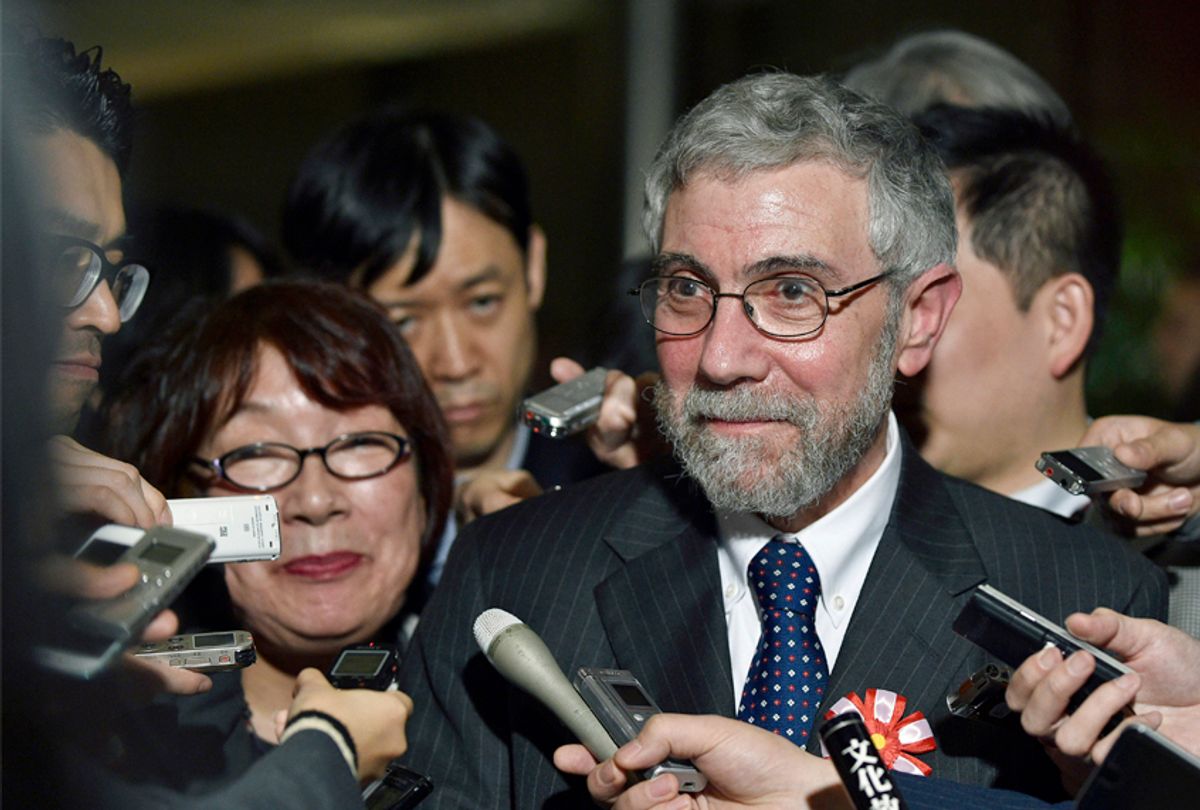 The Republican Party is attempting to enact tax reform this week without holding a public hearing or conducting even a rudimentary analysis of its long-term economic impact, but a few things about the legislation are known: it provides a windfall for the wealthy, specifically those who draw an income from their collected assets, and hurts just about everbody else — especially the poor. For the New York Times' Paul Krugman, it's simply "the biggest tax scam in history."

In his Tuesday column, the Nobel prize-winning economist dismantles the GOP's con step by step. Fundamentally, the legislation redistributes money from the bottom to the top by providing tax relief to multinational corporations while "nickel-and-diming" ordinary families. The legislation offers credits to offset those tax increases, but these breaks are ultimately temporary. By 2027, lower and middle-income earners will be paying significantly more to finance tax cuts for the rich.

"Here’s how it works," Krugman writes. "If you point out that the bill hugely favors the wealthy . . . Republicans will point to the next few years, when the class-war nature of the plan is obscured by those temporary tax breaks. But if you point out that the bill is fiscally irresponsible, they’ll say that it 'only' raises the deficit by $1.5 trillion over the next decade and doesn’t raise deficits at all after that — because, you see, those tax breaks will expire by 2027, so the tax hikes will raise a lot of revenue."

If those claims sound contradictory, that's because they are. The legislation can't cut taxes on both the middle class and Americans earning over $500,000 annually while limiting the growth of the deficit. Krugman suspects that not even the authors of this "monstrosity" can square that circle.

"Oh, and ignore claims that tax cuts for corporations would jump-start the economy and pay for themselves," he continues. "Of the 42 ideologically diverse economists surveyed by the University of Chicago on the impact of Republican tax plans, only one agreed that they would lead to substantial economic growth, while none disagreed with the proposition that they would substantially increase U.S. debt."

All of these maneuverings are ultimately a means to the Republican Party's characteristically cruel ends. If (or more accurately when) the national debt balloons, the GOP would enforce austerity measures, slicing Medicaid, Medicare and other essential social services.

"In fact, they’re already talking about those cuts," Krugman observes. "They’ve started the switch even before getting the suckers to take the bait."

The only question now, he concludes, is whether Republicans "can pass the thing before people figure out what they’re up to."