The Secretary of State has been harshly criticized for being ineffective, and he just lost an important adviser 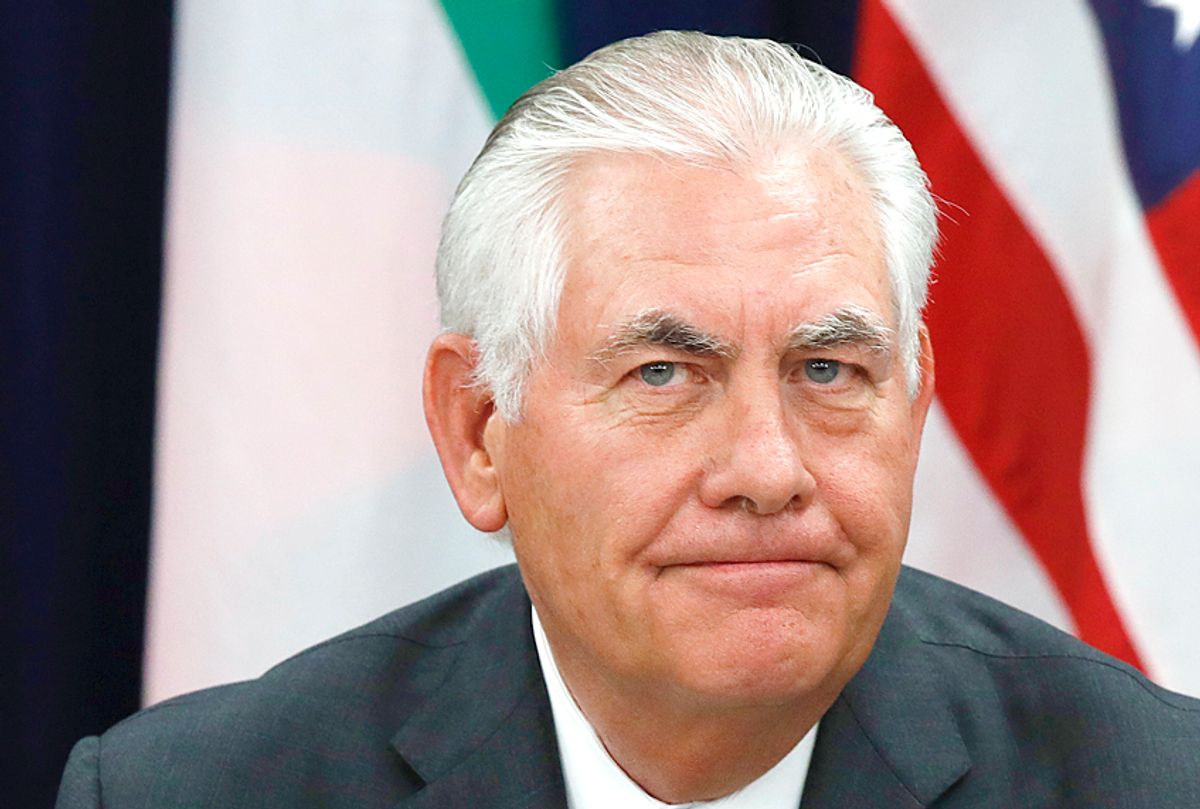 Secretary of State Rex Tillerson has just lost a staffer who was integral to his plans for reforming the State Department.

State Department Counselor Maliz Beams resigned from her position after serving since Aug. 17 of this year, according to Bloomberg. Beams was hired by Tillerson to streamline the State Department, particularly focusing on identifying and getting rid of inefficiencies and overlap. Prior to being hired, Beams had worked at Voya Financial Retirement Services as chief executive and as president of TIAA Institutional and Individual Client Services. Now that she has left to return to her home in Boston, she will be replaced by Tillerson’s Deputy Chief of Staff Christine Ciccone.

Tillerson has been heavily criticized for seeming to be in over his head when it comes to his State Department responsibilities. Senate Foreign Relations Committee Chairman Bob Corker, R-Tenn., told Bloomberg that, although Tillerson has repeatedly promised to create more efficiency in the State Department, he has not come "anywhere close to having a plan to present relative to the reforms that they want to make there."

Tillerson has also struggled to staff the State Department and failed to develop the kind of close relationship with President Donald Trump that would be necessary for it to operate properly. In June it was revealed that Tillerson would not be able to fully staff the State Department until 2018, and his inability to fill key positions has lowered morale at the department and undercut its members' ability to do their jobs.

Tillerson has also been reported to have been unhappy at his new job, as a report came out in October in which he referred to Trump as a "moron." Although Tillerson never denied the report, he later appeared at a press conference in which he fawned over Trump with praise.

"President Trump's America First agenda has given voice to millions who felt completely abandoned by the status quo and who felt their interest came second to other countries," Tillerson said at the time.