The human faces of climate change 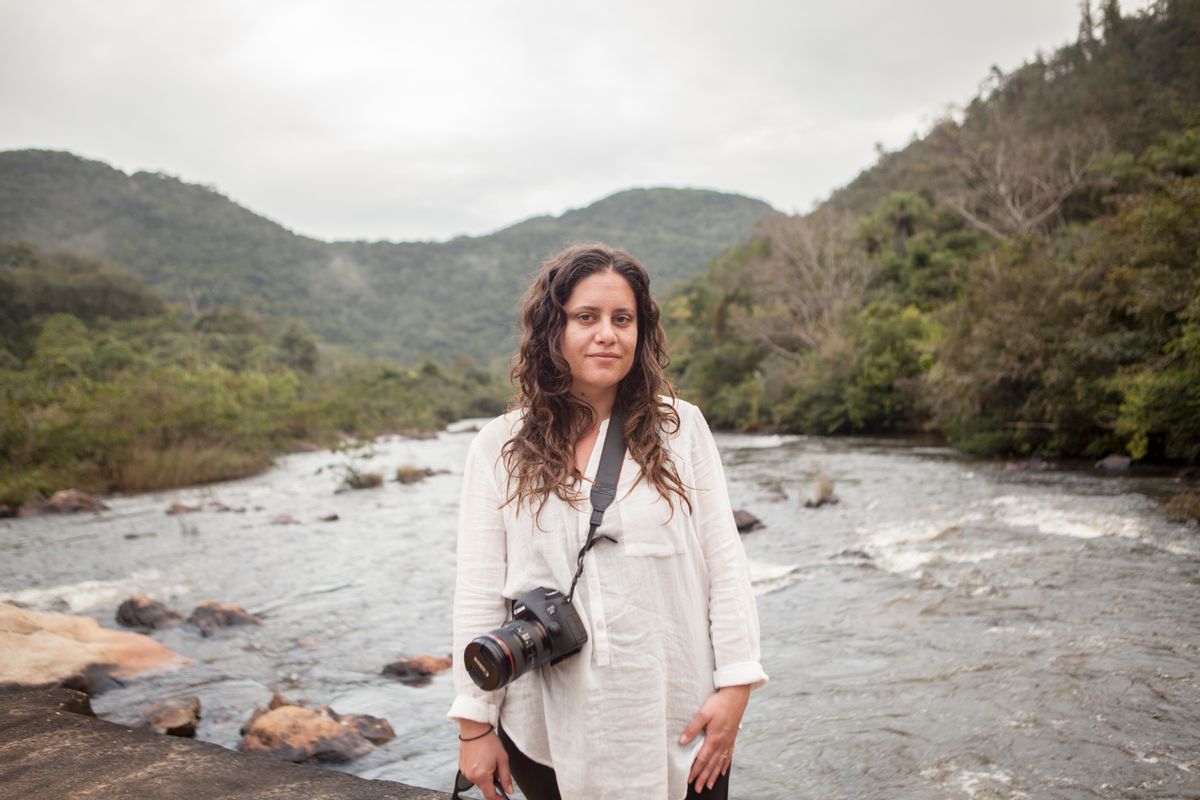 When I arrive at award-winning chef Katie Button’s downtown Asheville restaurant, Cúrate, Dayna Reggero greets me with a hug before I even have the chance to properly introduce myself. I apologize for being a few minutes late, glance down at my phone to see that I’m actually on time, and then she quickly notes, “I’m always early.”

It’s hard to pinpoint if the 10-minute walk from my car to the restaurant, in the out of place 70-degree heat for October, is the reason why I feel so warm, or if it’s simply Reggero’s presence. She immediately begins telling me her favorite dishes, and as I look down at my menu, I notice someone has drawn stars beside certain items. She casually drops, “I had the waiter mark the dishes you could eat or ones they could at least make accessible for your dietary restrictions. That’s also why I came a few minutes early.” I think I’m able to identify that warm feeling now.

By trade, Reggero is an environmentalist. Her work spans over two decades and ranges from filmmaking to beginning her career as a spokesperson. However, her most skilled work might come in the form of organizing conversations, or simply starting them. Her most recent work, "The Climate Listening Project," is a docu-series that has partnered with Moms Clean Air Force, National Audubon Society, Natural Resources Defense Council, Cultivating Resilience, Green Chalice and The Collider.

The series takes viewers to different communities within the United States, and as Reggero describes, "We're not trying to convince anyone that climate change is real, we just want to show the real people impacted by climate change and the real people creating solutions." And showing off real people is what she is all about. "I haven't agreed to interviews in a long time. If I'm asked, I'm always certain there is someone better to connect with or someone who can provide exciting insight, so I tend to direct whomever requested an interview to them."

Reggero's journey to lending her voice and skills to change goes beyond connecting people. Her activism and eager spirit to bring awareness to issues has always been inside of her. After completing her undergraduate studies in communications at the University of West Florida and her Masters in applied science at the University of Denver, Reggero's first job out of school was to help implement a triple bottom line greening for Fort Bragg communities in North Carolina with help from the Pentagon and U.S. Army. She found the connection between bettering the environment and helping a community long-term to be an equally exciting and rewarding opportunity. Reggero went on to promote clean energy with the Sierra Club's Beyond Coal campaign and helped Chimney Rock State Park become Green Certified by the North Carolina Department of Environment and Natural Resources.

A native of New York, Reggero found a sense of comfort and peace in the Blue Ridge Mountains of North Carolina and moved onto a large plot of land in the hills with her husband and Great Dane, Centaur. But while Reggero is nestled into her little piece of paradise, she's well-traveled and well-versed in the way in which climate change is impacting communities near and far.

Her work with "The Climate Listening Project" features two women in Stokes County, N.C., who are using their local resources and their voices to fight against the harmful effects of coal ash and fracking. The project traveled as far as Belize to study the Wood Thrush bird, who spend their summers breeding and living in the eastern United States but migrate south and directly back to the east coast every year. The film recently took home a Best Short Documentary win at the 2017 Belize International Film Festival. Her other recent work has included launching Woody Harrelson's Step Forward Paper in the United States and coordinating with Ian Somerhalder and the Ian Somerhalder Foundation during the "Years of Living Dangerously."

"Connecting the science to the people is my ultimate goal," she said. "If I can help accelerate the conversation in any way, I'll feel like I'm doing something right."

With the ever-growing number of women working in male-dominated fields such as film and science, Reggero is further evidence that you can show up and be the best person for the job and just happen to be female. "Every woman who succeeds where women haven't succeeded before is a win, and I just want to keep that momentum going."

As our lunch conversation concludes, my body temperature has returned to normal, but Reggero's energy is at full speed. Her eagerness to continue connecting the dots for anyone and everyone is on full display, and even our waiter extends a formal greeting and thank you to her as we exit. As I return home and crack open my notes, I notice the word "cherish" has been written several times throughout the pages of dialogue I transcribed. And simply put, that has to be the best way to describe Reggero. She cherishes everyone, everything, and if you're lucky enough to spend time with her, you too will cherish that.