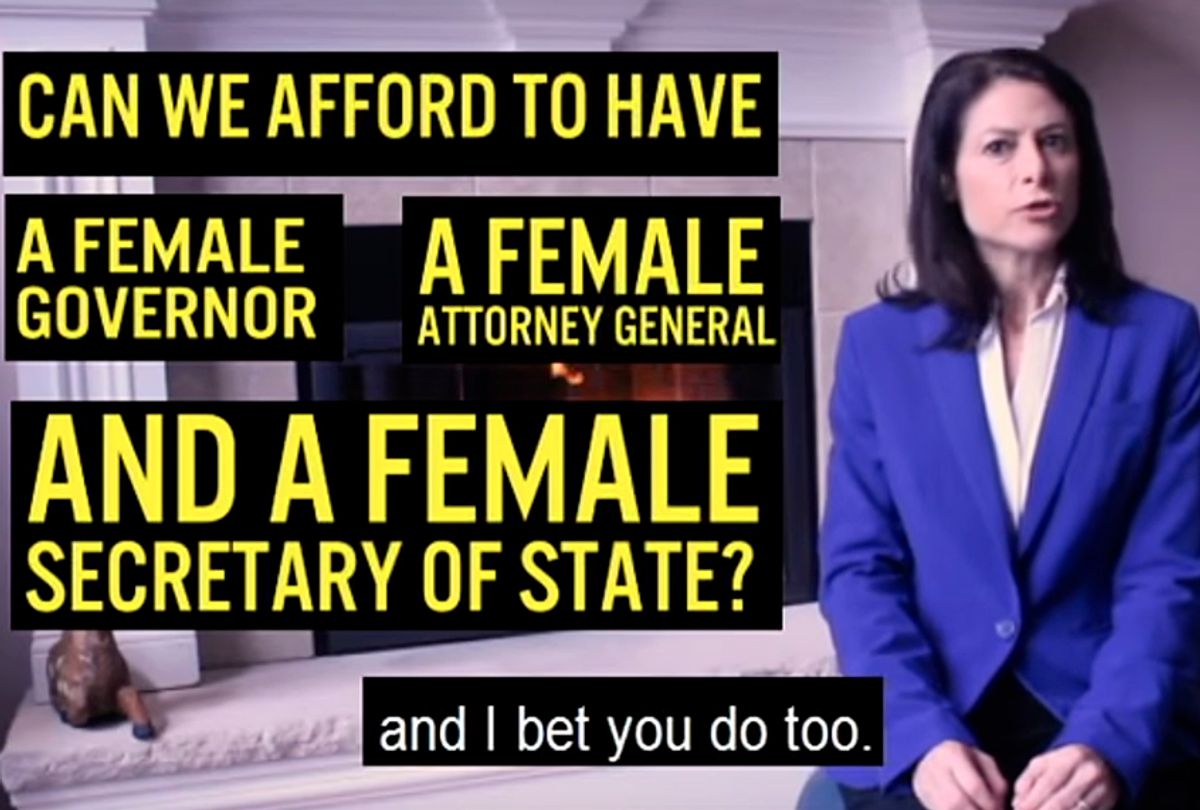 Dana Nessel, candidate for Michigan attorney general has one simple question for potential supporters, according to her newest campaign ad.

“Who can you trust most, not to show you their penis in a professional setting? Is it the candidate who doesn’t have a penis? I’d say so,” Nessel said in the ad, released Monday.

The ad was firmly tongue-in-cheek, urging politicians and other celebrities to keep their penises in their pants.

“If the last few weeks have taught us anything, it’s that we need more women in power, not less,” Nessel said, referring to the months of accusations of sexual abuses — in the entertainment world, the list ran from Harvey Weinstein to morning show darling Matt Lauer and actor Kevin Spacey. They've all been shunned.

But the political world is a different story. From Sen. Al Franken to Senate candidate Roy Moore, elected men are enjoying — so far — a consequence-free existence.

Nessel vowed not to be “that guy” — literally, and figuratively.

“Right now I want to tell you what you can expect me not to do,” she said. “I will not sexually harass my staff, and I won’t tolerate it in your workplace either, I won’t walk around in a half opened bathrobe. And I’ll continue to take all sex crimes seriously, just like I did as a prosecutor.”

In her political work, Nessel petitioned courts throughout her state for Personal Protection Orders for victims of abuse against their abusers, led a case challenging bans on marriage and adoption for same-sex couples, and helped create the Fair Michigan Foundation, a task force to investigate and prosecute LGBT hate crimes. The organization has a 100 percent conviction rate, according to Nessel’s website.

“I’m woman, and that’s not a liability, that’s an asset,” Nessel said.