Netflix's "Easy" is simple and a little too uneven

Some of Joe Swanberg's anthology series works. Other entries are utterly skippable 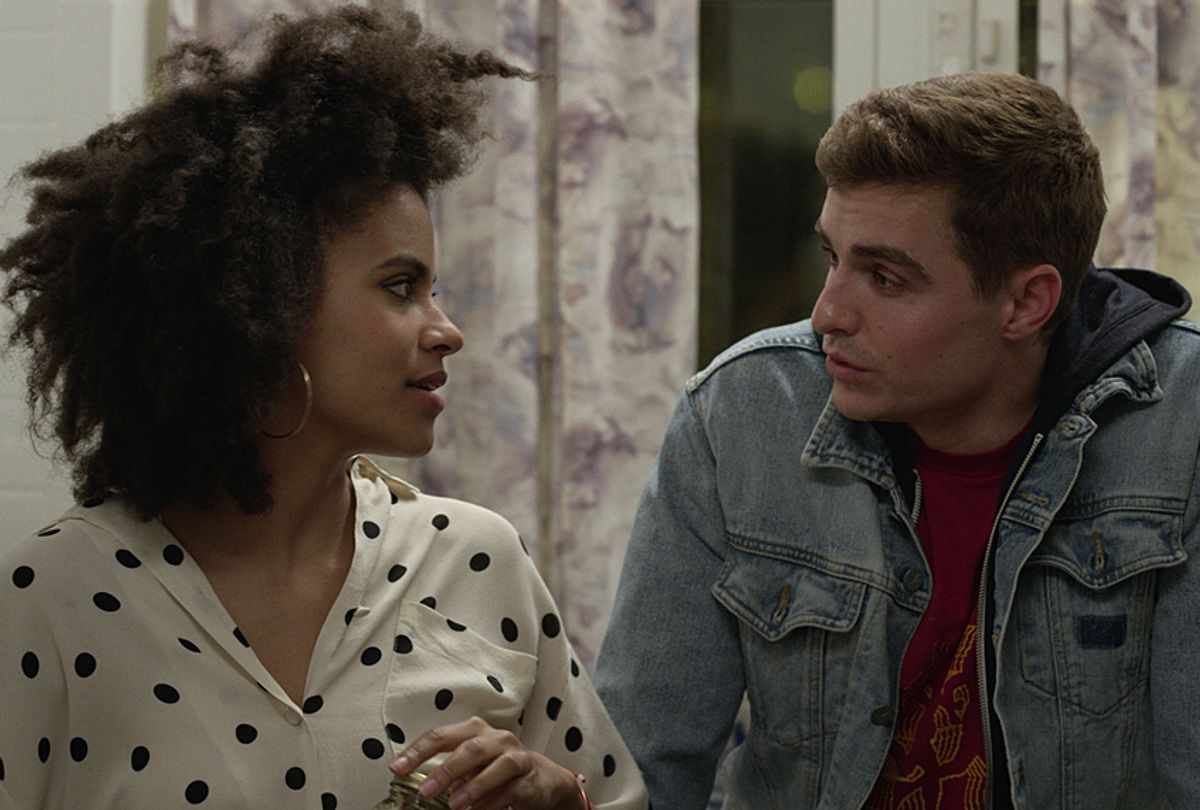 A longstanding joke about Chicago’s weather also applies to Joe Swanberg’s Netflix series “Easy,” debuting its eight-episode second season on Friday: If you don’t like what you're seeing, just wait for a few minutes. Thirty should do it.

Swanberg’s anthology approach to stories of relationships and romance in the Windy City cultivates a breezy unpredictably that works better in some chapters than others and is largely dependent on how much a viewer embraces the freewheeling nature of mumblecore. Improvised dialogue bridges each way station of each episode’s arc, and because of this, the greater point of each story in “Easy” can be elusive.

That’s fine for viewers who appreciate atmosphere over structure, since “Easy” operates on surfeit of the former. But each tale’s success also heavily depends on how much the viewer connects intimately with the characters presented in the series, a number of whose stories were introduced in the first season and pick up once again in season two.

And the truth is, some of these folks and what they do simply aren’t all that interesting.

“Easy” works best as a specific homage to a certain kind of person in Chicago, a large city built on a patchwork of neighborhoods informed by entrenched cultures and economic statuses. Most of the characters are upper middle class or at least artsy enough to be interesting to a Hollywood filmmaker who wants to pay tribute to a bustling urban mecca that isn’t New York.

Swanberg professed in recent interviews that he has a desire to show diversity in his films and in terms of ethnicity, he’s true to his word; the second season cast introduces Vogue sex and relationship columnist Karley Sciortino and up-and-coming comedian Odinaka Ezeokoli, along with Aubrey Plaza, to a mix that already includes Aya Cash, Michael Chernus, Marc Maron, Elizabeth Reaser, Zazie Beetz, Dave Franco and Jane Adams.

Also appearing this season, despite being under investigation for multiple sexual assaults, is Danny Masterson. Netflix may have felt obligated to toss “House of Cards” after the fall of Kevin Spacey, but I guess Masterson’s role in “Easy” is fleeting enough for viewers to, you know, avert our eyes until he goes away.

So yes, that’s a concern. Another – and admittedly, this may bug native Chicagoans more than most — is that “Easy” infers that the only sex and relationships worth exploring are those had by people of means or living in the right neighborhood. Swanberg goes to the South Side of Chicago for one of his episodes, the piece featuring Aubrey and Joe Lo Truglio. But the setting is Beverly, one of the wealthier neighborhoods on that side of town and a place, I suppose, where neighbors feel safe enough to have a block party with their model minority neighbors, i.e. those who can also afford fancy brick homes.

Again, you’d have to know the city to notice this. But even if you don’t, the smug, navel-gazing characters in “Easy” are enough of annoyance all on their own.

To Swanberg’s credit, he appears to have learned a few things from the missteps of season 1. For one, he leaned too heavily on the stories of a pair of brothers who decide to open an underground brewery in a garage. It’s fairly obvious that Matt (Evan Jonigkeit) and Jeff (Dave Franco) are stand-ins for the creator himself, since he gives their thoroughly uninteresting dynamic two episodes out of the first season’s eight.

Swanberg adds another chapter in this new round, but wisely trains more of the focus on their partners, Sherri (Cash) and Noelle (Beetz), to explore the wear and tear of family pressure and look at the bond created by commerce as opposed to the ones we’re born into.

And that’s all fine and dandy, especially if you like Cash and Beetz and can stomach Franco’s bursts of unreasonable defiance in the face of reality. Another potential pitfall of “Easy” is that a person’s enjoyment of a story directly correlates to the viewer’s affection for the actors featured in it. That can be a blessing or a downfall, since it takes the viewer out of the story at times . . . this was especially true in an episode featuring Maron and Michaela Watkins, who have terrific onscreen chemistry together and yet, especially in Maron’s case, seem to be playing slightly different versions of themselves as opposed to inhabiting another persona entirely.

On the other hand, when “Easy” rests a story’s fortune on the right characters, it can feel downright magical as is the way of the work’s ethereally intersecting and gently intertwined stories. Sciortino and Ezeokoli’s episode, for example, leaves its point of connection until the last scene, and while Ezeokoli is charming and funny, he isn’t given a whole lot of meaningful story to work with.

Her story, as well as the continuation of Chase (Kiersey Clemons) and Jo (Jacqueline Toboni)’s relationship evolution, don’t feel entirely genuine either. Sciortino spouts dialogue about sex-positive feminism while playing out a very male version of what that means, while Chase flirts with a new exhibitionist hobby that leads to tensions with Jo that’s not entirely effective as an exploration of queer relationships and body pride. Tip of the hat to Swanberg for leading “Easy” into such territory, but it still reveals the limitations most men face when it comes to portraying desire in a way that evenly acknowledges the perspectives of men and women, gay and straight.

At around 30 minutes per episode, “Easy” is digestible as a graze, if not a wholehearted binge. It may not have enough for everyone but, like one of the city’s famous and beloved street fairs, just stroll past what leaves you wanting. A simple enough proposal, don’t you think?