Our public schools have a diversity problem 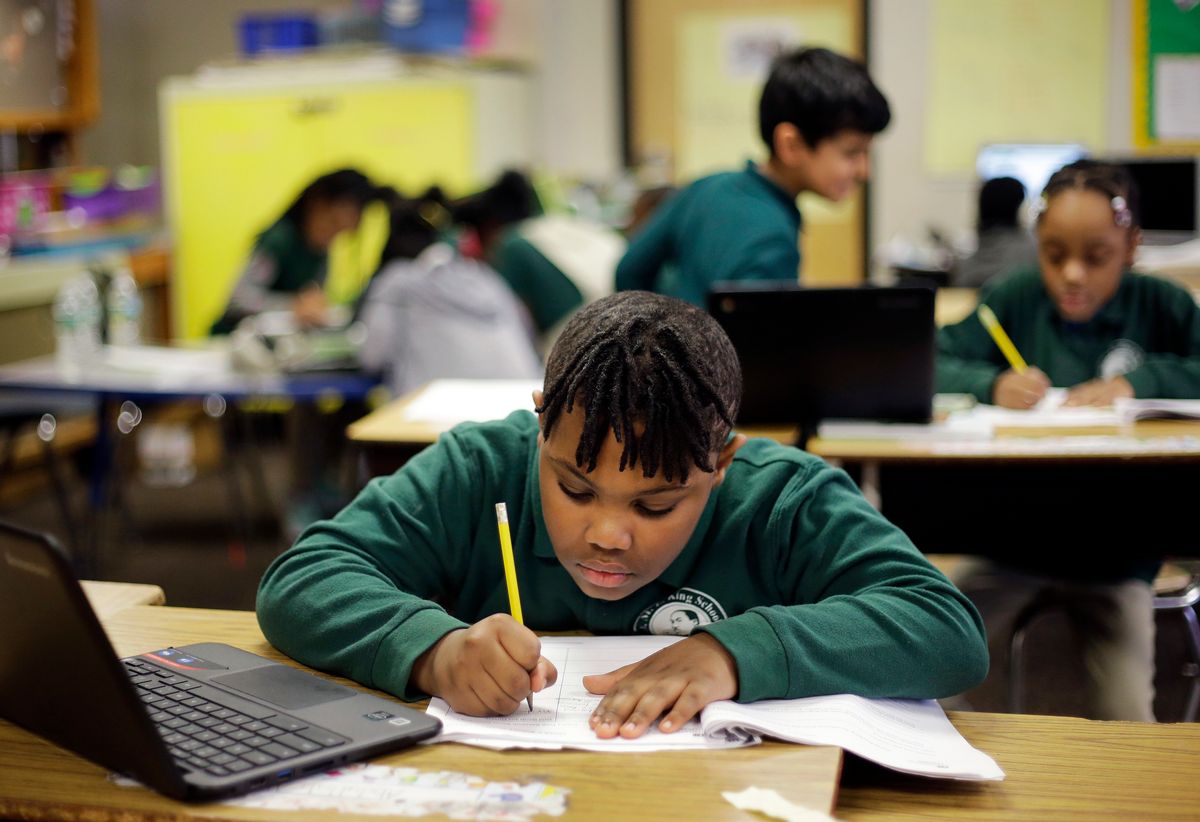 When a study was released recently, finding that white teachers were less likely to expect a black student to earn a college degree, the result was the now-familiar hand-wringing about the diversity of the teaching force. The case for hiring more black teachers, especially in urban school districts, is one I’ve long made myself. But perhaps the research about a white teacher/black student expectations gap points to a different answer. Maybe it really means that black students should be in schools with black teachers.

Despite all of the research, the situation on the ground isn’t improving—in fact, the teaching force is actually growing less diverse. According to one recent report, a full third of all schools in New York don’t have a single black or Latino teacher.

UPenn's Marybeth Gasman ruffled more than a few feathers when she said that the reason that colleges don’t hire more faculty of color is because colleges don’t actually want faculty of color. I would make the same claim about our K-12 educational institutions. School districts don’t want more teachers of color. District officials will say they don’t know where to find them, or that the shortage of candidates means they have to hire whatever warm body they can find on the street. But the fact of the matter is that districts are comfortable with the current makeup of their classroom teachers. Nor should that be a surprise. People tend to hire people they are comfortable with, and 78% of K-12 administrators are white.

Black parents don’t need the latest research to tell them that there is an expectations gap; their experiences provide all the data that’s needed. They regularly make known their awareness of the racism within the schools their children attend. But is there nothing that black parents can do to compel school districts to hire teachers who believe in their children? Malcolm X once said “only a fool would let his enemy teach his children.” Are white teachers the enemy of black students? Certainly those who think less of black students could be considered an enemy. Maybe one of these folks is teaching my son who attends kindergarten. What is a parent like me to do?

A growing number of black parents have made the decision to trust themselves to educate, affirm and build up their children. Black families have become one of the fastest-growing demographics in homeschooling, with black students making up an estimated 10 percent of the homeschooling population. According to a 2012 study, “racial protectionism” is the primary reason while black parents home school; a response to the inability of schools to meet the needs of black students.

I’d like to propose another solution: schools that are run by black administrators and staffed by black teachers. The tradition in the black community of creating our own educational institutions to educate our children goes way back. More recently, communities have used the avenue of school choice, including starting charter schools, in order to create black-led schools with an Afrocentric focus that is culturally affirming. These schools are the exception, however. The majority of charter organizations serving black students aren’t led by people of color. Nor do they have anything to do with Afrocentrism. Instead, urban charters are overwhelmingly focused on teaching poor students of color compliance, conformity and standardized test proficiency.

Detractors will argue that segregation of black children didn’t work in the past, and that black schools were underfunded and poorly maintained. I argue that had black schools been adequately resourced, black students would have thrived. In many case, black children did thrive despite the racism that kept them attending schools in substandard conditions. For example, according to Leola Brown, mother of Linda Brown and wife of Oliver Brown, mother of the plaintiff in Brown vs. Board of Education, the lawsuit against the Topeka Board of Education was a matter of principle, not a matter of quality. When asked about the quality of the black school her daughter would have attended, Leola Brown said:

“Oh, it was wonderful! I tell you, it was wonderful. And had it not been for this walking, you know, to school and going so far to school, we possibly never would have, you know, done what we did . . . We didn’t have any bone to pick with our school as far as education was concerned nor the teachers cause they were qualified and they did what they were supposed to do.”

But the Brown ruling resulted in the mass closure of black schools, thereby leaving black teachers and administrators out of work. In Topeka, 80% of the city’s black teachers weren’t allowed to teach in desegregated schools.

Of course, the reality is that we already have plenty of segregated schools. Schools where black children are the majority are overwhelmingly underfunded, and under resourced, and too often underperforming. But I would argue that the segregation you see is not a chosen segregation, but a de-facto segregation based on racism in housing in communities with little to no tax base. But what if black parents from diverse economic circumstances could come together to create their own schools? Better educational outcomes might follow.

The irony is that white students, indeed all students, benefit from having black teachers. As Gloria Ladson-Billings has forcefully explained, “Black students ALREADY know that black people have a wide range of capabilities. They see them in their homes, their neighborhoods, and their churches. They are the Sunday School teachers, their Scout Leaders, their coaches, and family members.” For white students, however, a classroom may represent the only opportunity they have to “see and experience black competence,” as Ladson-Billings describes it. That’s why it is essential that we continue to advocate for the diversification of the entire teaching force.

Does self-segregation = self determination?

In the meantime, parents like me are left with the question of how to protect our children from being thought less of. Black-run schools can afford black parents the peace of mind that comes of knowing that their children aren’t being stereotyped, disproportionately punished, or consigned to a lesser future.

A year before Malcolm X died, he argued that “If we can get an all-black school, that we can control, staff it ourselves with the type of teachers that have our good at heart . . . then we don't feel that an all-black school is necessarily a segregated school.”

The schools I have in mind won’t pop up overnight, and they’ll require activism. But given our lack of success in getting black teachers in front of black students in traditional school districts, isn’t it worth trying another approach?