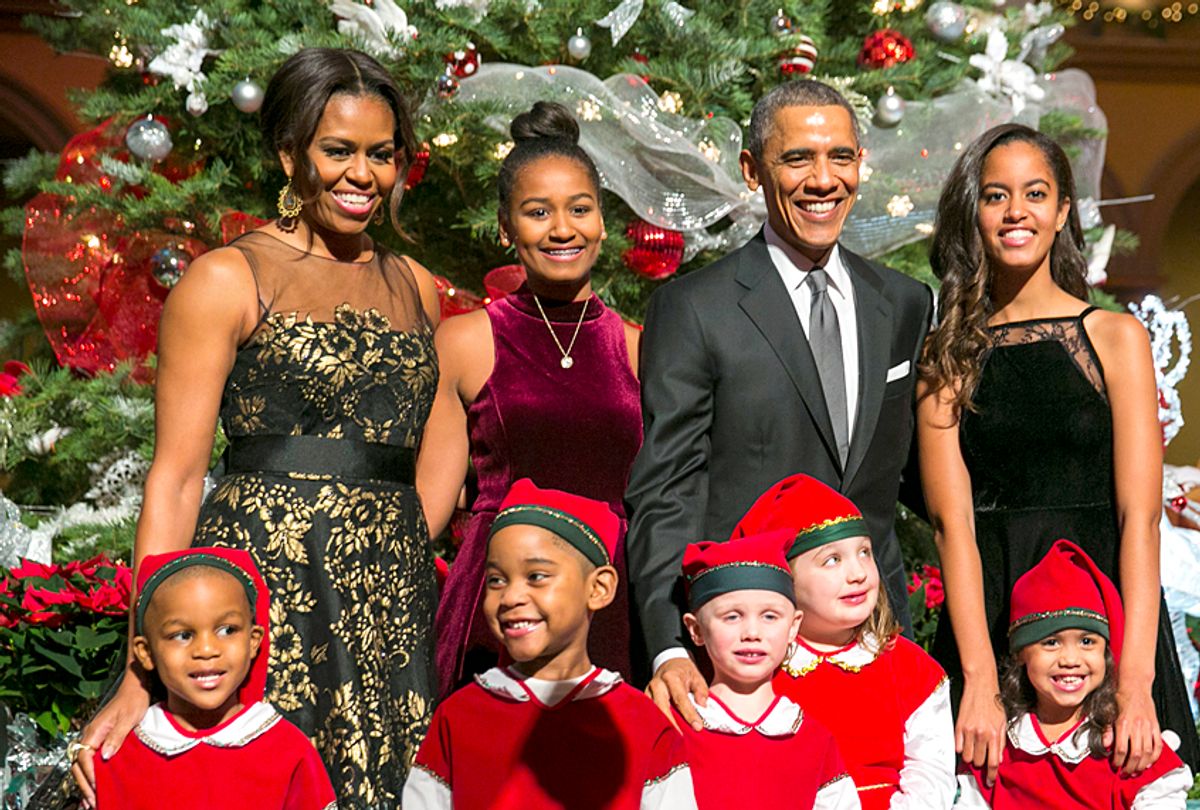 Donald Trump has taken credit for a great many things. He thinks that he's the reason why so many people know the word “fake," that he innovated the term "prime the pump," that he is among the few human beings to notice how many countries there are and that he was the first to call Kim Jong-un “Rocket Man.” Let’s not get into “Make America Great Again.”

Among these tall tales is his claim that he's bringing Christmas back to the White House. Thing is, it never left.

On Wednesday, MSNBC’s Chris Hayes offered perhaps the best corrective to Trump's boorish claims via a supercut of just some of the many times that Trump’s nemesis, former president Barack Obama, wished all Americans a "Merry Christmas."

Often, Trump has baited his base by accusing Obama of capitulating to politically correct snowflakes and banning the term "Merry Christmas" in favor of the more inclusive “Happy Holidays.” Trump’s entry into the front lines of the “War on Christmas” and attacks against its supposed liberal leader, Obama, can be traced as far back as 2011, when he claimed that the then-president released a “Happy Kwanzaa” statement but ignored Christmas.

What a convenient mistake: @BarackObama issued a statement for Kwanza but failed to issue one for Christmas. http://t.co/DodG53Rx

The Trump family's first Christmas card contains a word that was noticeably absent from all eight of Obama's Christmas cards: CHRISTMAS! pic.twitter.com/gg4y1KYHFK

“You can say again, ‘Merry Christmas’ because Donald Trump is now the president,” said his former campaign manager Corey Lewandowski, shortly after Trump won the 2016 election. “It’s not a pejorative word anymore.” Of course, it never was.

Really, saying "Merry Christmas" isn't an issue anywhere — well, except when you need to stir up votes and campaign donations by demonizing liberals to a bunch of angry red-meat, red-state right wingers.

Unfortunately for Trump’s alternative narrative, video cameras, the internet and Chris Hayes all exist, thus gifting us this perfect and hilarious compendium of Obama saying "Merry Christmas," often and with vigor. Sit back and enjoy with some hot coca and gingerbread cookies.