LGBT people are disproportionately affected by HIV/AIDS, but the president's proclamation didn't acknowledge them 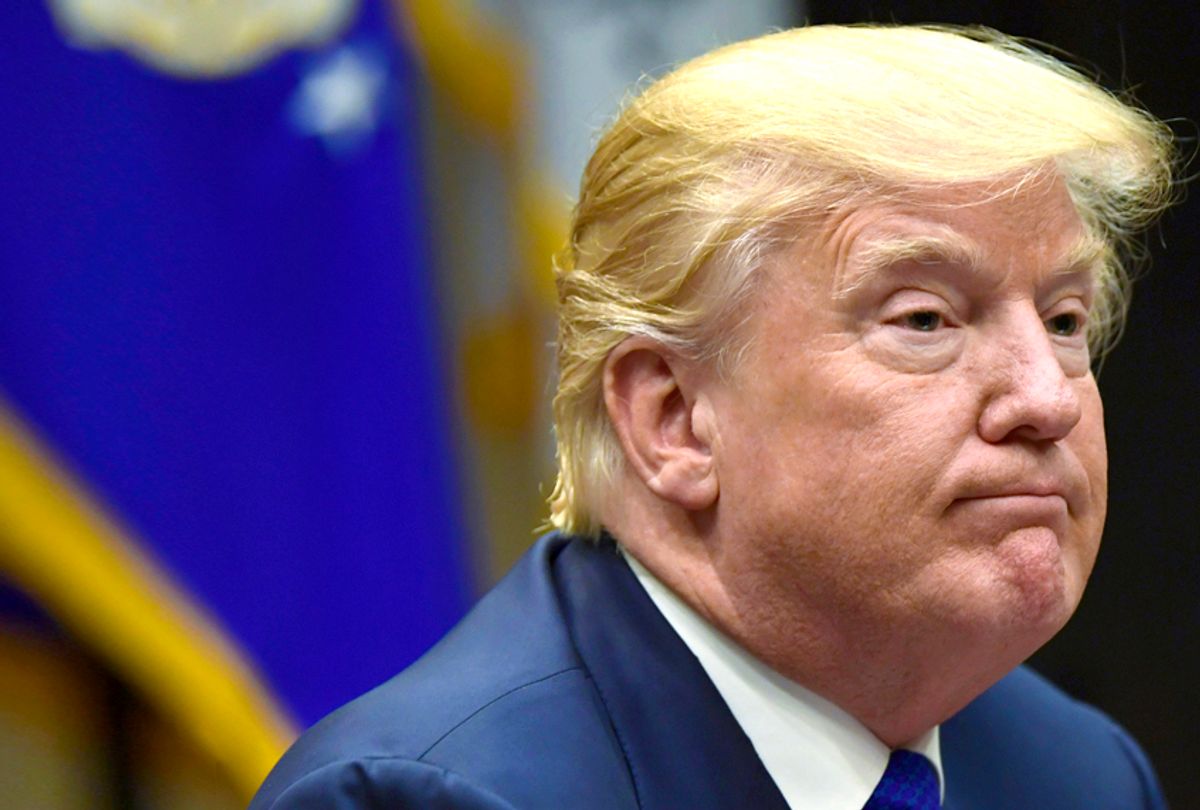 In honor of World AIDS Day on Dec. 1, President Trump issued a written proclamation Thursday as a tribute to those living with or lost to HIV/AIDS. However, the proclamation made a very obvious exclusion: Trump failed to mention the LGBT community, a population that is disproportionately affected by HIV/AIDS.

“Today, on World AIDS Day, we honor those who have lost their lives to AIDS, we celebrate the remarkable progress we have made in combatting this disease, and we reaffirm our ongoing commitment to end AIDS as a public health threat,” read the statement in part.

World AIDS Day was instituted in 1988 as the first-ever global health day in an effort to show support for and solidarity with the approximately 37 million people suffering with AIDS worldwide, according to UN AIDS statistics.

According to the Centers for Disease Control and Protection, also known as the CDC, approximately 1.12 million Americans were living with HIV as of the end of 2015, most of whom were gay or bisexual men. As well, initial studies when AIDS became an epidemic in the 1980s were largely sparked by efforts within the gay community, which was disproportionately affected from early on, according to a CDC report.

The report also states that by the time the first cases were reported, hundreds of thousands of gay men could have already been infected. Of the 774,467 of all cases reported by the end of 2000, 448,060 of these people died, according to the CDC in 2001.

Further CDC statistics indicate that in 2016, gay and bisexual men made up 67 percent of the HIV-affected population. Gay or bisexual black men made up the largest portion of diagnoses at 10,223, outnumbering both the affected Hispanic/Latino and white gay or bisexual male population affected by nearly 3,000 cases.

The omissions in this year’s proclamation were a regression in comparison to President Obama’s statement in 2016, which read: “Gay and bisexual men, transgender people, youth, black and Latino Americans, people living in the Southern United States, and people who inject drugs are at a disproportionate risk. People living with HIV can face stigma and discrimination, creating barriers to prevention and treatment services.”

Trump's exclusion certainly isn’t surprising given his history concerning the LGBT community and people of color. He has supported “religious freedoms” that allow for discrimination against LGBT individuals, attempted to ban transgender people from serving in the military and has repeatedly attacked racial minorities. His call for a wall on the southern border was a key component of his campaign.

Another significant omission in a similar proclamation came in his January statement for Holocaust Remembrance Day. In it, Trump made no mention of Jews or anti-semitism, simply “innocent people” who suffered due to “Nazi terror.”