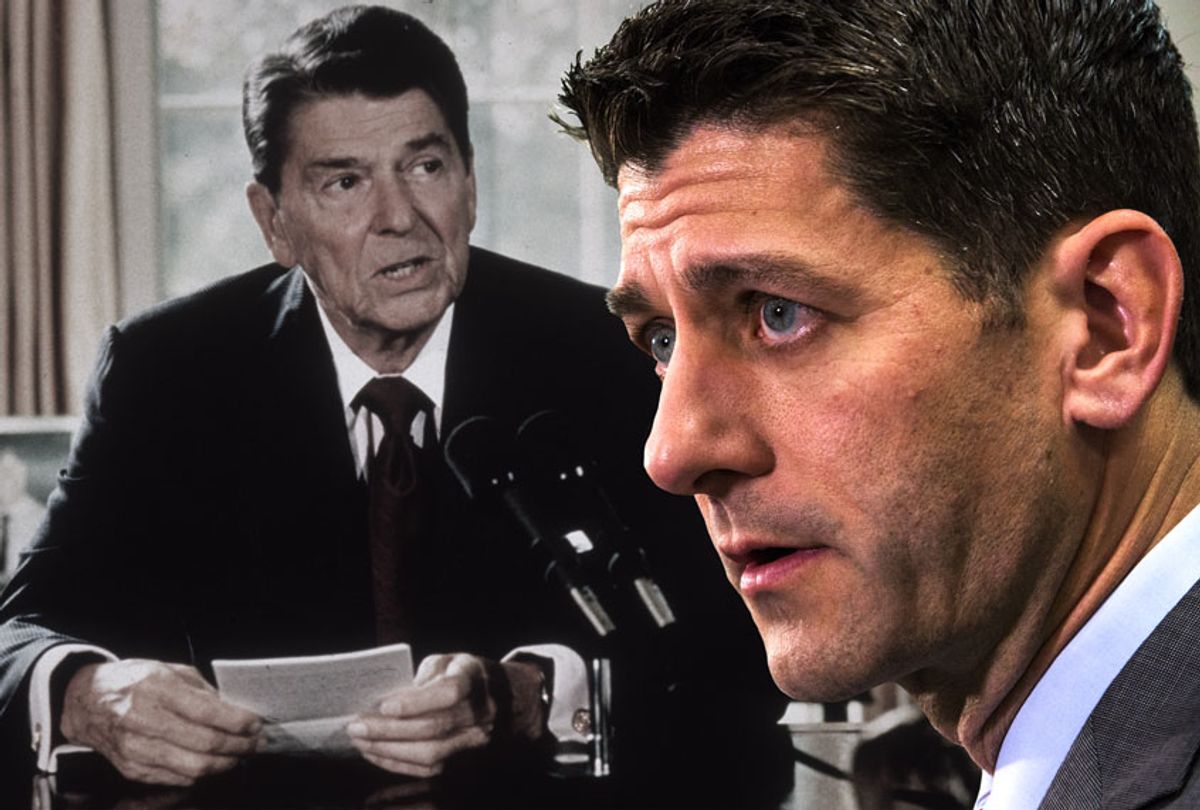 The “Big Lie” has been most closely associated with the Nazis' incessant propaganda campaign about an international Jewish “war of annihilation” against Germany, a campaign that brought the totalitarian Nazi regime to power and paved the way for the Holocaust.  In assessing Adolph Hitler’s psyche, the U. S. Office of Strategic Services reported,

His primary rules were: never allow the public to cool off; never admit a fault or wrong; never concede that there may be some good in your enemy; never leave room for alternatives; never accept blame; concentrate on one enemy at a time and blame him for everything that goes wrong; people will believe a big lie sooner than a little one; and if you repeat it frequently enough people will sooner or later believe it.

On Nov. 22, Donald Trump declared, “We’re going to give the American people a huge tax cut for Christmas … a great big, beautiful Christmas present.”  This is one among many lies Trump has bleated about the tax cut -- a con job designed to appeal to Americans who struggle to make ends meet, whether they be unemployed or underemployed, the elderly, working or middle class, or poor.  In reality, the Trump/Republican Party tax cut, whatever final form it takes, is a pack of lies and distortions designed to further enrich the wealthiest Americans and solidify the takeover of our government by corporate wealth.

What makes this a Big Lie is its repetition over a period of 35 years of “supply-side economics,” years marked by an unprecedented upward redistribution of income and wealth and the growth of staggering inequality.

We know the wealthy are the chief beneficiaries of this tax cut.  According to the Tax Policy Center, the top 1 percent receive 34 percent of the corporate tax cut benefit, and the top 20 percent receive 70 percent of the benefit. Eliminating the estate tax only benefits those individuals with wealth exceeding $5 million ($10 million for married couples).  Eliminating the alternative minimum tax gets rid of the very tax created to prevent the wealthy from getting away with paying no taxes at all.  If it were removed in 2015, for example, Donald Trump would have been $31 million richer and taxed at 3.5 percent.  By contrast, according to the Center for Budget and Policy Priorities, those with incomes below $75,000 will be paying higher taxes by 2027.

The only possible legitimation for such a blatantly inequitable tax is the claim that cutting taxes on corporations and the wealthy will produce investment and job growth; not surprisingly Trump claims the tax cut will produce 10.5 percent growth in GDP over 10 years.  By contrast, the Urban/Brookings Tax Policy Center predicts 0.3 percent growth over 10 years.  When the non-partisan Congressional Research Services tracked tax rates from 1945 to 2010, they found that cutting the top tax rates had no positive effect on economic growth or the growth of savings, investment or productivity. Corporate CEOs themselves have acknowledged that they would use new revenue to buy back shares, retire debt, and issue shareholder dividends – i.e., benefiting Wall Street and its clients, not Main Street where we live and work.

Only one of 38 economists polled by the University of Chicago believed economic growth would be “substantially higher” in 10 years because of the tax cut; all 38 believed the national debt would be substantially higher.  According to the bipartisan Joint Committee on Taxation, the tax cut will produce roughly $1.4 trillion in new debt over the next 10 years.

We’ve been here before. Reagan-era tax cuts tripled the national debt over the 1980s, and G.W. Bush-era tax cuts added $1.5 trillion to the national debt.  Each of these  administrations also dramatically increased a bloated military budget while reducing programs that aid vulnerable Americans.

Therein lies the covert “benefit” of these soaring budget deficits. With military spending increasing, and popular entitlement programs like Social Security and Medicare typically impervious to budget cuts (though every indication is the Republicans will go after these in the coming months), and required interest payments on the national debt piling up, deficits have been used to justify cuts to a wide range of domestic programs, thereby depriving the nation of the ability to address such accelerating crises as disintegrating infrastructure, overburdened schools, costly and non-universal health care, and climate change.

So, when a Nov. 15 Quinnipiac poll shows two-thirds of the American public in opposition, why are these people pushing a tax cut that enriches the wealthy while debilitating the country as a whole?  When asked, Rep. Chris Collins of New York declared, “My donors are basically saying. ‘Get it done or don’t ever call me again.’”  Such is the rot eroding our democracy.