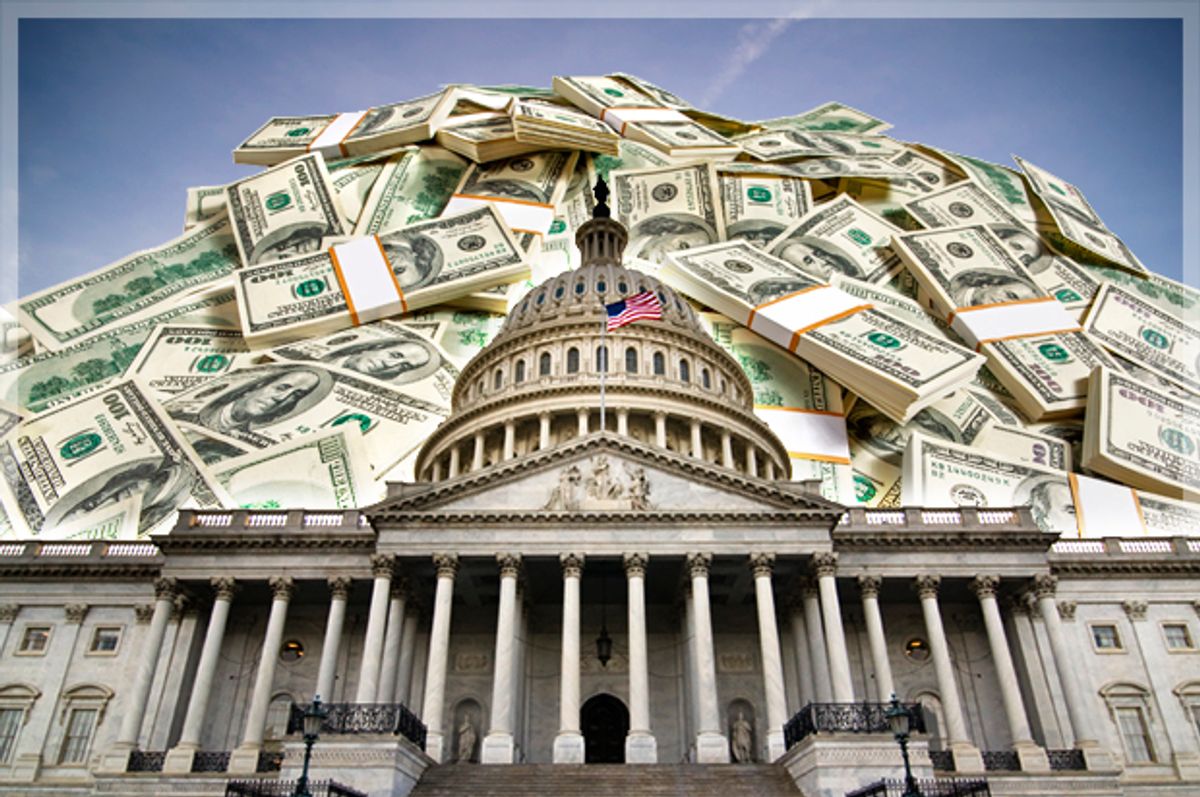 The lifetime exemption for gift and estate taxes is $5.49 million per individual for 2017, or $10.98 million for a married couple. This increases every year for inflation and is in addition to generous annual exclusions. According to the Republican-chaired Joint Committee on Taxation, only the wealthiest 0.2 percent of estates will pay any federal estate tax at all. The estate tax isn't a tax on estates so much as a tax on dynasties — the top echelon of the 1 percent. The Republican tax proposal calls for abolishing the federal gift and estate tax, saving the heirs of the proverbial John D. Rockefellers hundreds of billions of dollars, by their estimates.

In order to cover pennies on the dollar, the Republicans propose abolishing tax credits for providing greater accessibility to individuals with disabilities, employer-provided child care, adoption costs, clinical testing for drugs that treat rare diseases, purchasing electric vehicles and rehabilitating historic buildings, among others. The Republicans claim to want to grow the middle class and the economy, but to pay for their generous tax cuts to businesses and the wealthy elite, and keep the deficit increase under $1.5 trillion, they must abolish personal exemptions and deductions for student loan interest, among many other provisions that benefit working Americans. It is possible to achieve all of the policy goals of tax reform — to grow the economy and the middle class while raising revenue and providing tax relief to working families, and it's a tax proposal as American as apple pie — rather than abolishing the dynasty tax, up the tax to 100 percent.

The hundreds of billions of dollars in revenue raised by the dynasty tax could be used to slash taxes for working Americans, such as by increasing personal exemptions instead of abolishing them. Of course, many billionaire Americans won't be content to just hand their fortunes over for the public good when they die, and if they can't gift it all to their children and can't take it with them to the grave, they'll spend more while they're still living, which would be an exponentially greater boon to the economy than the Republican proposal of accelerating business deductions for capital expenditures. For the billionaires who already own the biggest mansions and yachts, a 100 percent dynasty tax would incentivize charitable giving on a scale never before seen, increasing social services for Americans outside of the revenue raised for government programs like Social Security and Medicare. It would be a dramatic shakeup of the hoarding mentality that capitalism encourages, promoting egalitarian ideals and a rethinking of wealth and the good life for the ultra-privileged. It would do wonders for economic inequality.

There are practical considerations. Shares of Microsoft and Berkshire Hathaway can be sold and put into social services, but much of the dynasty wealth that would be subject to the tax is illiquid, and cannot be immediately sold and converted into cash, such as interests in privately held businesses and ultra-high-end real estate. There can be appointed administrators and the public can take possession of the illiquid assets left behind by the top fraction of the 1 percent, to be retained in public ownership or sold off as prescribed by what would most benefit the US people. If billionaire US citizens and their heirs want to flee the country rather than give back to the country that facilitated their success, we already have expatriation taxes on the books to thwart such tax evasion schemes. Efforts to avoid the tax can largely be prevented by the simple fact that much of the assets that the dynasty tax would be assessed against are already in the US — either physically, as in the case of Lower Manhattan real estate, or in US-controlled Wall St. financial institutions. And for the billionaires who seek to escape the dynasty tax through concealment and subterfuge, we already have the laws and framework on the books for addressing and remedying such fraud. A dynasty tax is feasible, even accounting for the boundless greed of the billionaire classes.

Dynasty wealth can only be justified by reference to greed and excess, and not any worthy ideals of the US or even capitalism. Adam Smith wrote, "A power to dispose of estates for ever is manifestly absurd. The earth and the fullness of it belongs to every generation, and the preceding one can have no right to bind it up from posterity. Such extension of property is quite unnatural. . . . There is no point more difficult to account for than the right we conceive men to have to dispose of their goods after death." Thomas Jefferson agreed, citing Smith and writing that "the earth belongs in usufruct to the living." The Founding Fathers passed laws curtailing the excesses of the English inheritance system.

Under a 100 percent dynasty tax, the wealthy elite could still leave behind a comfortable life for their children and grandchildren — but for the greater good, at the end of their life they must also return some of their extreme success to the country and the people that facilitated it, such as the workers in their business and their children. The tax would help to even the playing field, grow the economy and the middle class, incentivize charitable giving, and make Americans rethink their ideas about wealth and giving back to their country.