Trump has kept the alt-right alive 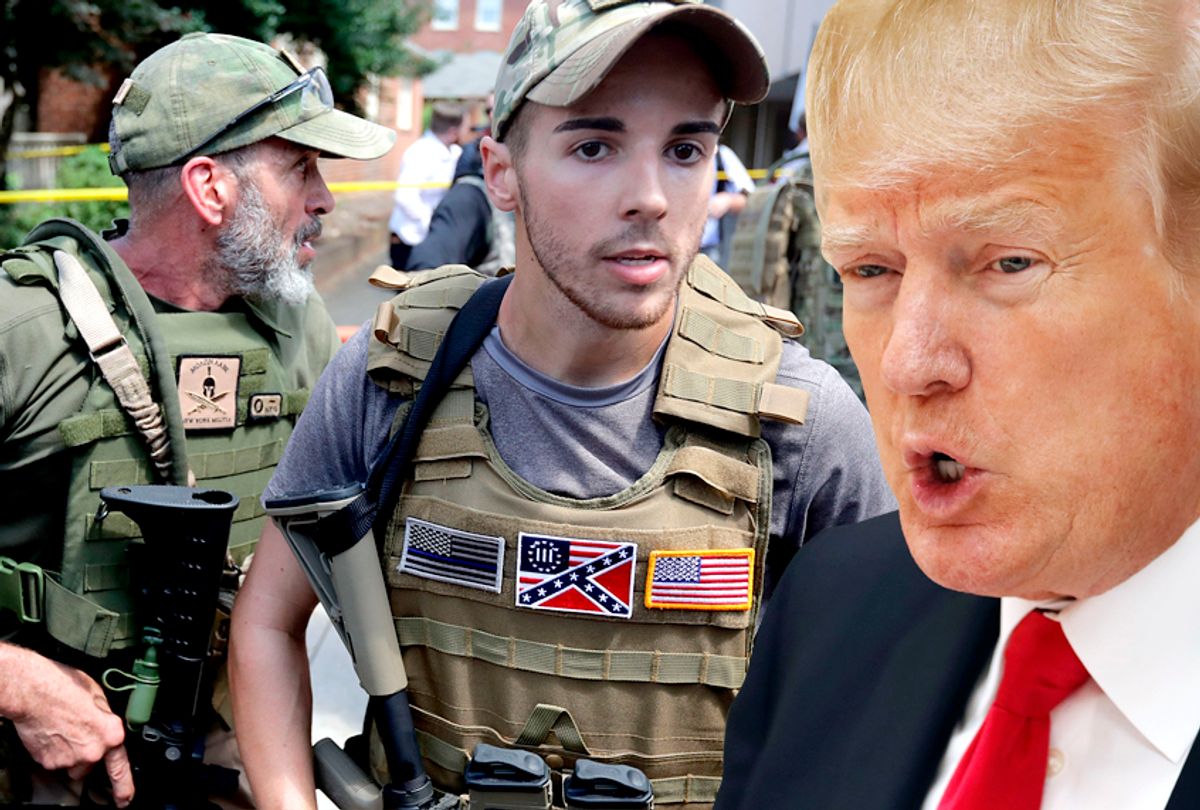 Donald Trump’s fiercest supporters have been deemed the “alt-right," a new term for a group of white nationalists, anti-feminists and general far-right deplorables that has risen up in recent years — in many eyes, seemingly out of nowhere.

In his new book, “Alt-America: The Rise of the Radical Right in the Age of Trump," David Neiwert dispels this “out of nowhere” myth, tracing the evolution of what we now call the alt-right to its roots in the '90s-era militia movement and the conspiracy theorists and cranks who have been steadily building their following for decades.

Neiwert told me in an interview for Salon who these alt-righters are, and why Trump has been what they call an “emperor god” for them. “The alt-right really is a mix of old and new,” Neiwert explained. “It’s got all the elements of white nationalism and white supremacism and that sort of thing in it, as well as nativism and Ku Klux Klan neo-confederacy.”

“The only real difference is that, unlike the old far right, this new far right is geared toward recruiting young people,” he continued. “They’re trying to recruit young white men between ages 16 and 30, really. That’s their target audience.”

“They’ve actually been disturbingly successful in doing that,” he said, noting that the alt-right may be even better than the left at exploiting the internet, meme culture and social media to reach young audiences in ways that are often out of view to the mainstream.

While the alt-right predates Trump’s candidacy, Neiwert argued, it’s nearly impossible to overrate his value as a motivating and organizing force for this burgeoning movement of racist extremists.

Watch the video above to find out why Neiwert thinks the alt-right was looking like it was going to to fall apart by mid-2015, and why it didn't.