With Mugabe out, time to end sanctions against Zimbabwe? Not so fast

Robert Mugabe's reign is over at last. But his brand of fake anti-colonialism is still a danger in Africa 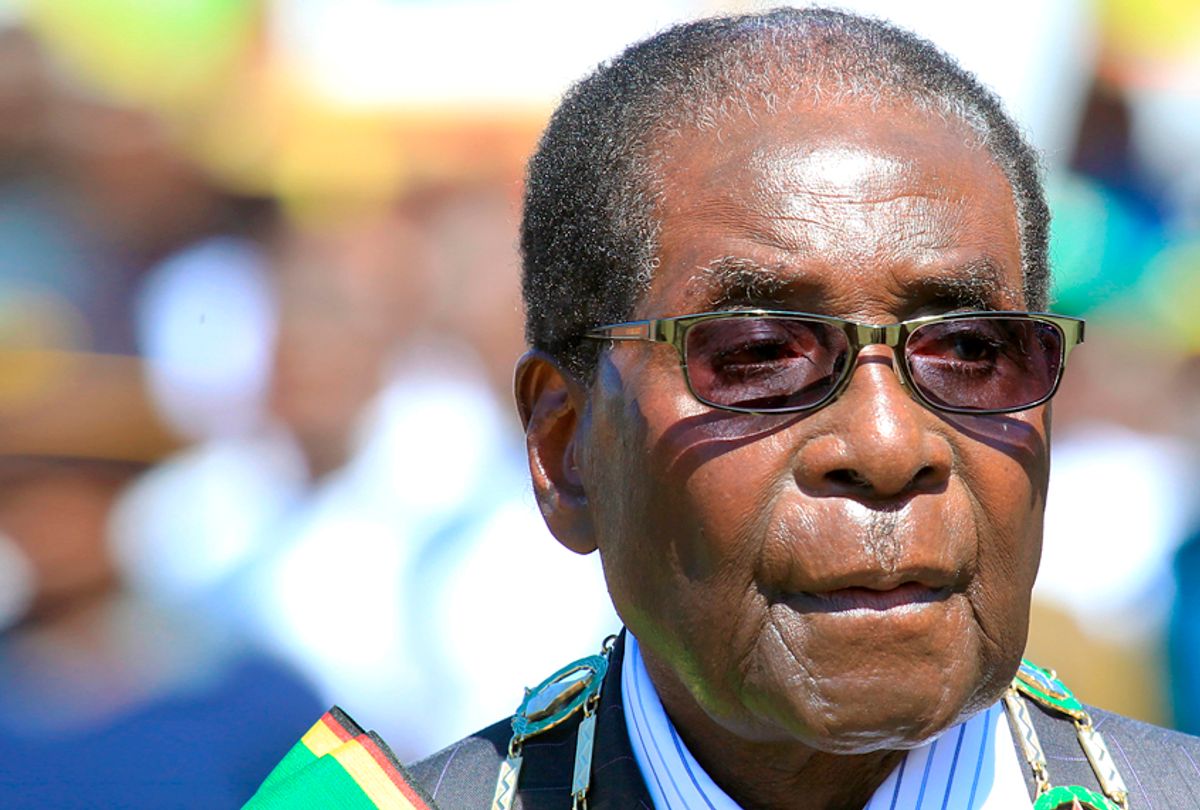 Zimbabwe has finally toppled its longtime dictator, Robert Mugabe. So it’s time for the the West to lift its sanctions on the southern African nation, right?

Not so fast. The new leader of Zimbabwe, Emmerson Mnangagwa, was one of Mugabe’s most notorious henchmen until he fell out of favor a few months ago. It would be premature to remove sanctions at this point, before we know whether Mnangagwa will fulfill his promises to uphold democratic elections and the rule of law.

Removing sanctions would also reinforce the fake anti-colonialism of Mugabe himself, who repeatedly denounced sanctions as a Western plot to reinstate “white” rule. We heard the same thing over the past few weeks from other African autocrats, who fear that Mugabe’s downfall might foretell their own.

In Uganda, an aide to President Yoweri Museveni — who has ruled the country since 1986 — charged that “intelligence services of the West” had “worked day and night” to depose Mugabe. Likewise, a spokesman for Democratic Republic of Congo strongman Joseph Kabila denounced the toppling of Mugabe as a “fabricated demonstration dreamed up by those who do not accept the liberation of Africa” — that is, by white people in the West.

Even in Ghana, one of Africa's most democratic countries, I heard similar remarks when I taught there in 2008. Amid reports that Mugabe’s thugs were killing and intimidating opponents during Zimbabwe's contested elections that year, one colleague dismissed the whole controversy as a “neocolonial” invention.

Tell that to Zimbabwean opposition leader Morgan Tsvangirai, who was beaten so badly by police the previous year that he had to be hospitalized. Robert Mugabe was indeed a great anti-colonial hero, who spearheaded his country’s liberation from British rule. But then he became one of the great tyrants of our time, invoking the false specter of colonialism to oppress his political foes.

In doing that, Mugabe was aided by none other than Emmerson Mnangagwa, who led the violent crackdown during the 2008 elections. Back in the 1980s, he was national security minister when Mugabe’s forces killed thousands of ethnic Ndebeles suspected of disloyalty.

It’s too early to know if Mnangagwa, who is known by the ominous nickname “The Crocodile” — will continue his mentor's murderous ways. In his first presidential speech, Mnangagwa praised Mugabe as a father, a role model and a comrade in arms.

Perhaps he was simply trying to be magnanimous to the 93-year-old Mugabe, who will hopefully never be heard from again. But maybe Mnangagwa plans to follow Mugabe’s authoritarian example in his own fashion, which would be the worst possible outcome for Zimbabwe and the rest of Africa.

That’s also why it’s too early to remove international sanctions, as Mnangagwa demanded in his inaugural address. “As we build a new democratic Zimbabwe, we ask those who have punished us in the past to reconsider their economic and political sanctions against us,” he told a cheering crowd in the national sports stadium.

That puts the cart before the horse. We shouldn’t lift sanctions until Mnangagwa has demonstrated his commitment to democracy. Otherwise we might see Zimbabwe simply substitute one dictator for another. “We have a removed a tyrant but not yet tyranny,” tweeted prominent opposition politician David Coltart after Mugabe stepped down.

So the rest of the international community needs to step up, by keeping pressure on Zimbabwe until Mnangagwa's plans become clear. Anything less will insult the memory of the thousands of Zimbabweans who were killed, tortured or jailed under Mugabe.

If you still think sanctions are some kind of Western imperialist plot, I’ve got two words for you: Nelson Mandela. Africa’s greatest freedom fighter supported economic sanctions against the apartheid regime in South Africa, even after he was released from a 27-year jail term in 1990. “To lift sanctions now would be to run the risk of aborting the process towards the complete eradication of apartheid,” Mandela declared in his first public speech upon leaving prison.

Likewise, to lift sanctions against Zimbabwe now would run the risk of aborting its delicate transition toward democracy. As President Barack Obama said in 2009, during a state visit to Ghana, “Africa doesn’t need strongmen, it needs strong institutions.” For nearly four decades, Zimbabwe has suffered under one of the world’s worst strongmen. Let’s join hands to make sure it doesn’t get another one.