If Masterpiece Cakeshop wins its Supreme Court showdown, businesses will have a broad right to discriminate 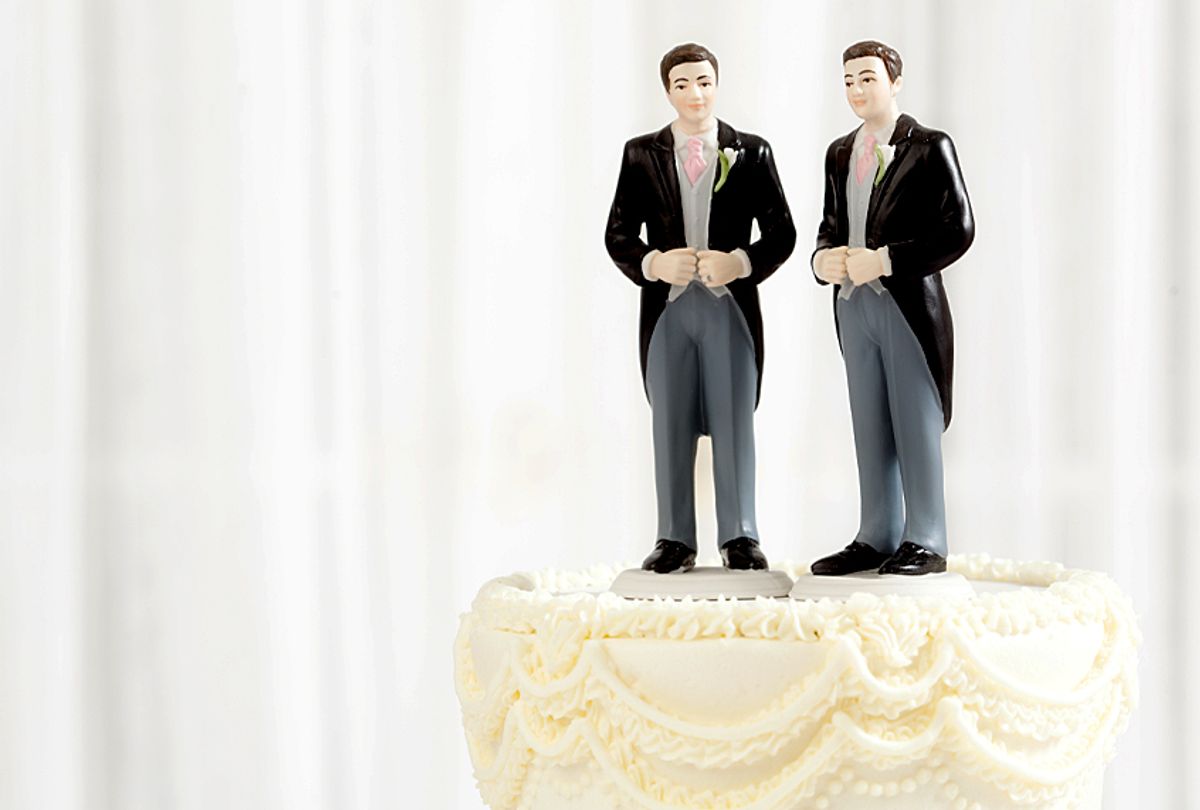 For more than 50 years, conservatives have been trying to find ways to wriggle out of public accommodation laws, which hold that a person who opens a business to the public cannot discriminate based on race, religion, gender or, in recent years, sexual orientation. Tuesday, the Supreme Court will be hearing another such challenge, in the case of Masterpiece Cakeshop, Ltd. v. Colorado Civil Rights Commission.

This already-famous case involves a married couple, David Mullins and Charlie Craig, who went into a Denver-area bakery called Masterpiece Cakeshop, seeking to buy a cake for their wedding reception. Upon finding out that the cake was destined to be consumed at a same-sex wedding, bakery owner Jack Phillips refused to sell them one.

The Alliance Defending Freedom (ADF), a far-right legal group that the Southern Poverty Law Center has deemed a hate group, is arguing that Masterpiece Cakeshop has a First Amendment right to refuse service, on the grounds that baking a cake (or at least choosing who gets to buy it) is a form of speech.

“Artists shouldn’t be forced to express what the government dictates,” ADF senior counsel Kristen Waggoner said in a statement. “The Supreme Court has never compelled artistic expression, and doing so here would lead to less civility, diversity, and freedom for everyone, no matter their views on marriage.”

It's no surprise that civil rights lawyers see the case in a different light. “What the law is really about is the sale of goods and the sale of services," Louise Melling, the director of the ACLU's Center for Liberty, told Salon. "What’s perfectly clear here is that the bakery needed to know the identity of the couple here to make that decision -- that the bakery refused service once it learned who wanted the cake, and that it was a same-sex couple."

LGBT rights advocates don't deny that baking is a form of creative expression. But no one is trying to tell Phillips how to bake his cakes — not what kind of mold to use, how to mix his batter or what frosting to put on top. What they're saying is that if you bake cakes and then put them up for sale, you have to sell them to gay and straight couples alike, under Colorado's anti-discrimination law.

“If you imagine a scenario where the bakery refused to provide a cake for an interracial couple, a proposition that was true in other times in our history, we would understand that to be about race discrimination," Melling said.

"If a chef offers a special dessert for Valentine’s Day, he cannot refuse to serve that dessert to an interracial couple," wrote a group of chefs and bakers, including Anthony Bourdain and Jose Andres, in an amicus brief filed with the Supreme Court. "Similarly, chefs cannot refuse to host events for some customers that they would host for others. If a restaurant is willing to open its doors for a sweet-sixteen party, it cannot refuse to host a quinceañera."

Attempts by conservatives to use First Amendment claims to shield businesses from anti-discrimination laws date back at least to 1964. That was when the head of the National Association for the Preservation of White People, Maurice Bessinger, claimed that his religion forbade race-mixing, and therefore, he should not be forced to allow black people into the main room of his restaurant, which was called (unbelievably) Piggy Park. Bessinger ultimately lost in court.

The ADF is trying to position itself as a pro-freedom group that is simply trying to protect the free speech rights of religious people. In reality, as Sarah Posner writes for the Nation, the group is virulently homophobic and requires its attorneys to sign a statement of faith asserting that homosexual behavior is "sinful and offensive to God."

There's also an effort to portray Phillips, the baker, as the victim here. "But why bully the baker?" protests the headline of a Washington Post column by George Will. Will admits that Phillips should lose his case, but then complains that "Craig and Mullins, who sought his punishment, have behaved abominably" and that "siccing the government on him was nasty."

Will's contempt for this couple is misplaced. Deborah Munn, Charlie Craig's mother, accompanied her son to Masterpiece Cakes and later told NPR about the car ride away from the bakery. "I could see my son's shoulders were starting to shake," she said. "He had broke down and he was crying."

The bully here is clearly Phillips, who used religion as an excuse to demean a couple on what was supposed to be a exciting day of celebration. Now he's party to a lawsuit that, if he wins, could open the door to people being turned away from clothing stores, restaurants, music venues or any other private business that could arguably offer "expressive" services, simply because the owners would like to express disapproval of who those people are.