"The Color Purple" is banned in Texas prisons; Hitler’s "Mein Kampf" is not

Shakespeare may be hard to get behind bars, but David Duke is available 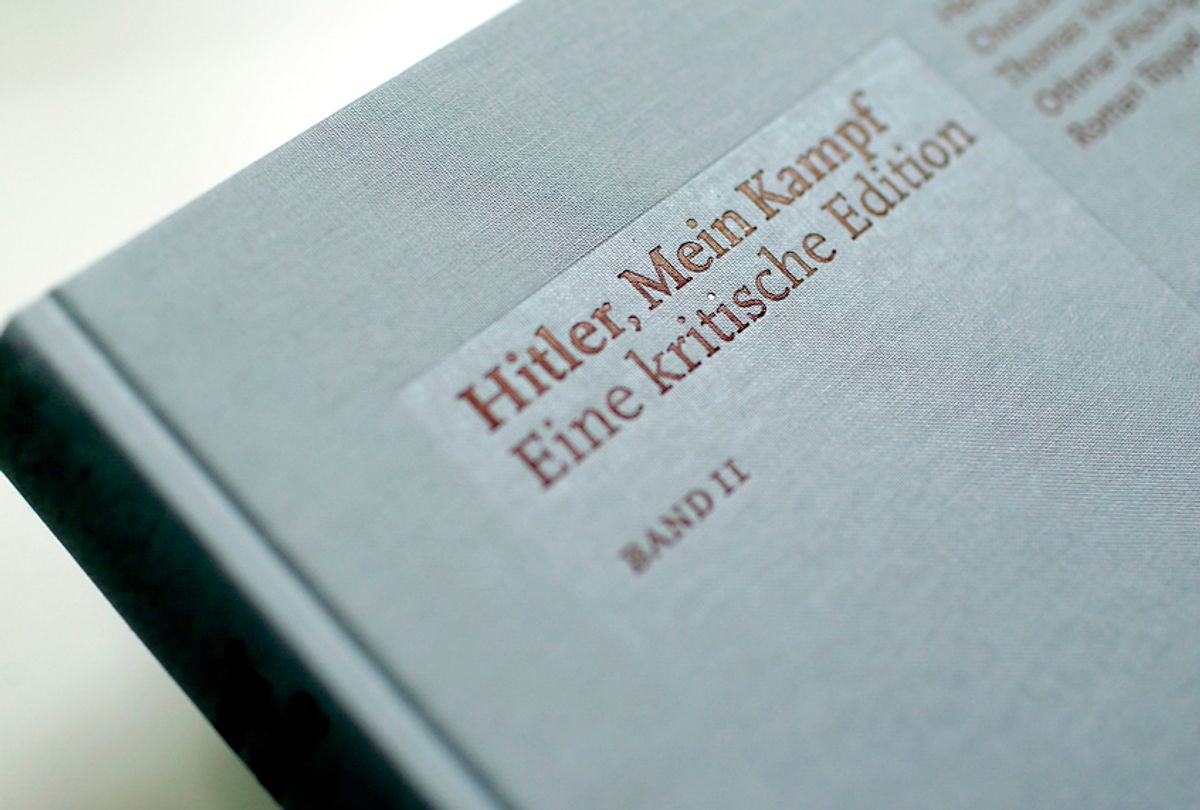 There are 10,073 books banned from Texas prisons, according to an list gathered by the Dallas Morning News. While there are technical reasons for some of those titles to be marked as contraband, looking at the list as a whole can be baffling.

Take the ban of Alice Walker's Pulitzer Prize-winning "The Color Purple," which isn't welcome in the prison system because of its portrayal of rape, or a collection of Shakespeare's sonnets which inmates won't have access to because it contains highly stylized nude images of children. Adolf Hitler’s anti-Semitic, fascist polemic "Mein Kampf" and two books by former Ku Klux Klan Grand Wizard David Duke, however, are permitted.

According to the Texas Department of Criminal Justice's policies, books can be banned if they contain information about building weapons, explosives or drugs or developing criminal schemes. Graphic scenes of illegal sex acts like rape or incest, or sexually explicit images will also earn a ban as will "material that a reasonable person would construe as written solely for the purpose of communicating information designed to achieve the breakdown of prisons through offender disruption." Further books whose physical bindings may give inmates the opportunity to conceal contraband are not allowed.

Consequently, "Where's Waldo" is banned because it has stickers, Monty Python’s "The Big Red Book" is prohibited for nudity and the 2005 bestseller "Freakonomics," an unconventional, entertaining look at economic theory, is not allowed because it may cause "offender disruption." Maps are also banned because they could assist prisoners with an escape, Jason Clark, Texas Department of Criminal Justice deputy chief of staff, told Dallas News.

ACLU Texas Executive Director Terri Burke told Dallas News, "There is no excuse in our opinion for banning books in the prisons. None at all," she continued. "There's a lot of rights prisoners give up, but they shouldn't have to give up that one." Burke says that inmates should be able to read Salman Rushdie and Alice Walker if they please, as well as Adolf Hitler and David Duke.

Nicole Porter from The Sentencing Project, told Dallas News, "The reasons for banning books are subjective." Indeed. While certain books are banned for discussing "racial content," Duke's "My Awakening," which calls for racial segregation, and Hitler's manifesto are not.

In response to this disparity, Clark told Dallas News, "'Mein Kampf' is on the approved list because it does not violate our rules."

The ban on books in Texas prisons was seen as so arbitrary, that the Texas Civil Rights Project conducted a report in 2011 called "Banned Books In The Texas Prison System: How The Texas Department Of Criminal Justice Censors Books Sent To Prisoners," Huff Post reported. The Project said the ban of "important books" is a violation of inmates' first amendment rights.