During a parliamentary debate about same-sex marriage, one legislator popped the question 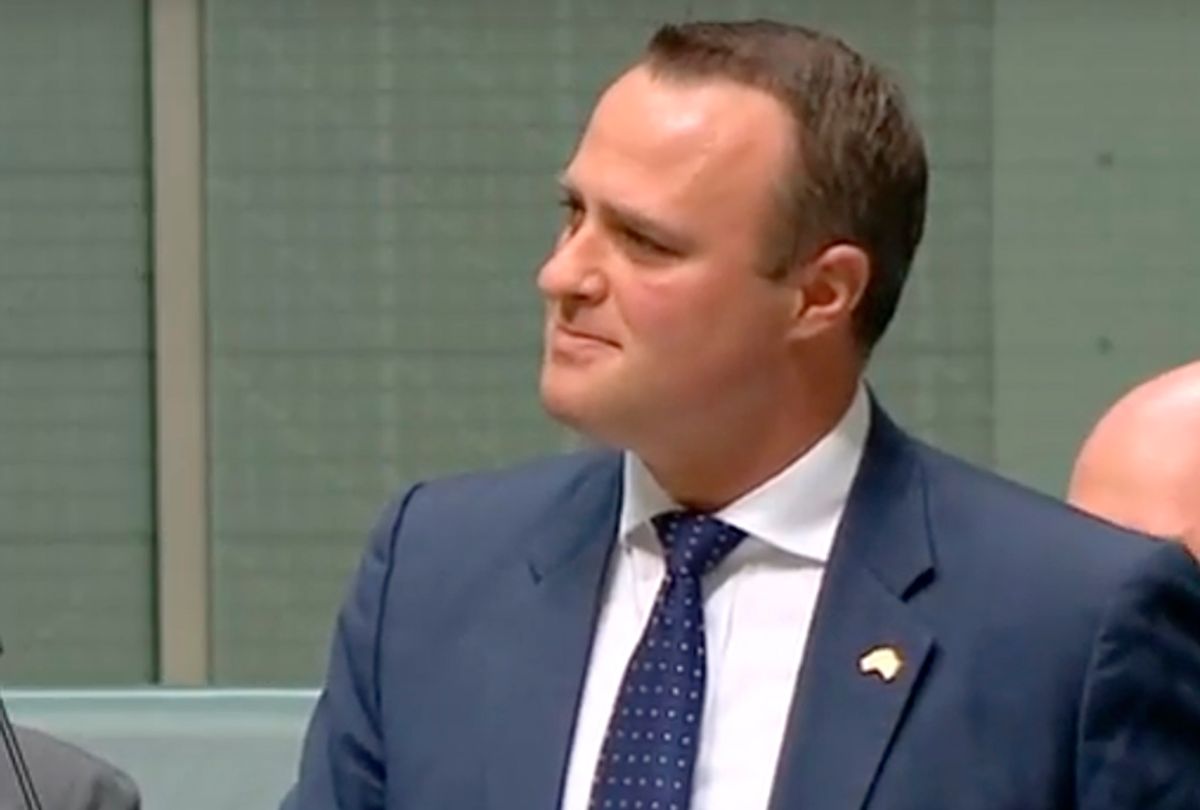 Tim Wlison as he proposes to Ryan Patrick Bolger. (YouTube)
--

During a debate on the question of legalizing same-sex marriage on the floor of the Australian House of Representatives, Tim Wilson, an openly gay member of parliament, proposed to his partner, Ryan Bolger, in what was a uniquely romantic and inescapably political gesture.

Currently, the government of Australia is wrangling with the legalization of same-sex marriage, after a nationwide, mail-based non-binding referendum on the issue found that 61.6% of all respondents were in favor of extending marriage protections and rights to gay and lesbian couples.

Already, a measure for full legalization passed the Australian Senate on Wednesday of last week with no amendments. The New York Times reports that "the measure is expected to pass its last test in a vote in the House of Representatives by the end of the week."

Even with support from both major parties in the Australian Parliament, the measure must still go through the process of debate — a process that allowed Wilson to give the stirring speech that has not only summarized the sentiments of the nation's majority, but offered a highly viral, highly emotional moment as well.

“This debate has been the soundtrack to our relationship,” Wilson said of the push for marriage equality and his partnership with Bolger. In many nations, the fight for same-sex marriage rights has been central to the overarching struggle for gay rights in general and has colored the way gay and lesbian couples interact with both society and each other. The marriage-equality question is, yes, political, but also highly personal and private.

"In my first speech," a visibly emotional Wilson continued, "I defined our bond by the ring that sits on both of our left hands, and that they are the answers to questions we cannot ask.

“So there’s only one thing left to do,” Mr. Wilson said, with an audible lump in his throat. Turning to his partner in the House's gallery he said, “Ryan Patrick Bolger, will you marry me?” From the gallery Bolger smiled. "Yes," he said. The speaker and most of the attending members of the House congratulated the couple.

Liberal MP @timwilsoncomau proposed to his partner Ryan during his same-sex marriage speech to the House of Reps. He said YES! 👬💍🌈 pic.twitter.com/of9N21WYMh

As the Times noted, "Officials from the House of Representatives noted on Twitter that he was also the first member of Parliament to ever propose in the chamber." With marriage equality seemingly a lock in Australia, this parliamentary first takes on the character of a much-deserved victory lap, one that tugs at the heartstrings in just the right places.