Rather than addressing the problem of rising income inequality, the Senate bill manages to widen the gap 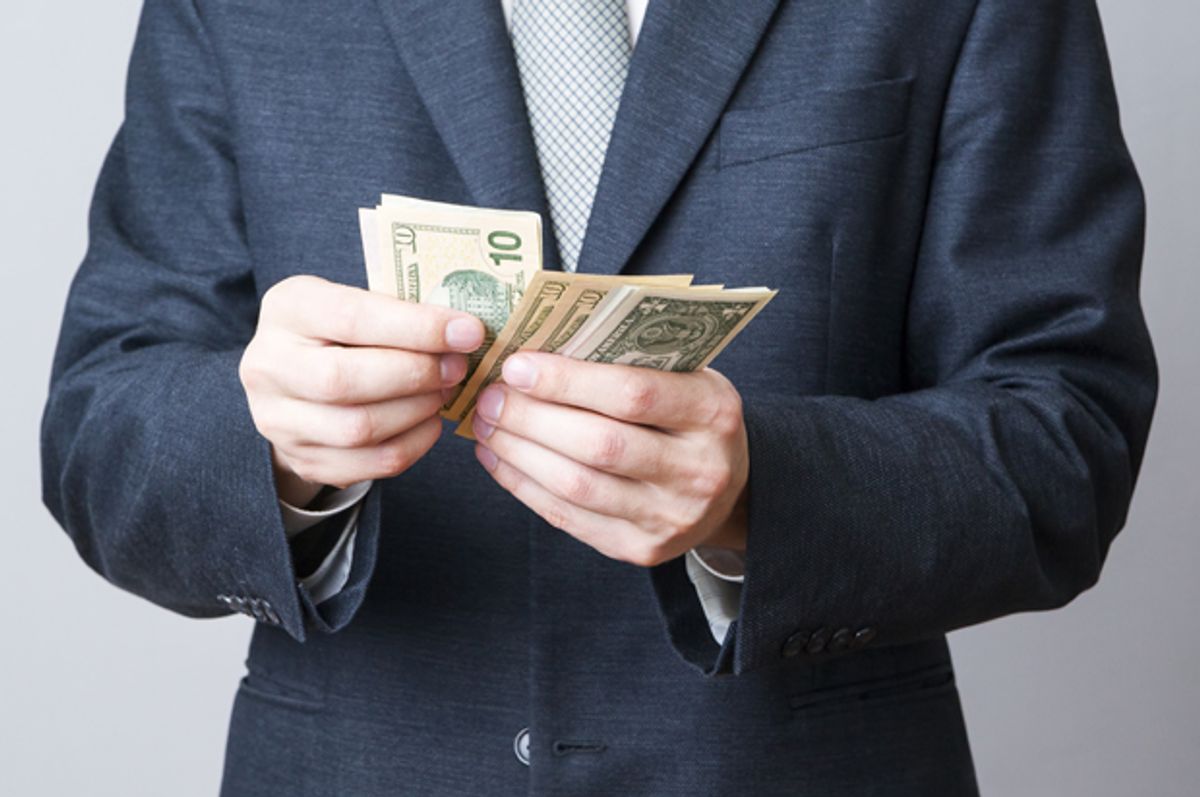 The tax bill passed by the Senate in the wee hours of Dec. 2 will — if it becomes law — widen the gap between the rich and the poor at a time when income inequality is already approaching historic heights.

Initially, most U.S. households are likely to experience a modest tax cut under the Senate plan. However by 2027, the average family earning less than US$50,000 will pay about $250 more in taxes under the Senate plan, while the average family earning more than $1 million will experience a tax cut topping $8,000 a year, according to estimates from Congress’s own Joint Committee on Taxation.

Yet even those stark statistics understate the full impact of the Senate bill on long-term inequality in the United States.

In my own research, I examine the relationship between the tax system and inequality. In my view, there are two significant reasons why the bill’s impact will be even more dramatic — and even more regressive — than the Joint Committee on Taxation’s estimates suggest.

First, under a 2010 law known as the Statutory Pay-As-You-Go Act, or PAYGO, the revenue losses resulting from the Senate bill would trigger automatic cuts in federal spending.

The program that would be most affected by the automatic cuts is Medicare, whose budget would be slashed by more than $25 billion a year. Other programs that would experience deep cuts include vocational training for individuals with disabilities, block grants for foster care and Meals on Wheels and federal funding for historically black colleges and universities.

Because lower- and middle-income families rely more heavily on these programs than wealthier Americans, these spending cuts would amplify the regressive consequences of the tax-side changes.

In theory, Congress could forestall these cuts by passing legislation that waives the PAYGO law. But such legislation would require 60 votes to overcome a Senate filibuster, and it is far from clear that the votes in favor of waiver are there.

And in any event, a PAYGO waiver would not change the fact that the tax bill increases the federal deficit by more than $1.4 trillion over the next decade. Spending cuts to social safety net programs would likely have to come at some point, and when they do, lower- and middle-income families are likely to bear the brunt.

Broadly similar legislation passed by the House last month would trigger automatic cuts as well. Because the House bill violates Senate procedural rules, the final legislation is likely to resemble the Senate’s package more closely than the House’s version.

The second reason why the Joint Committee on Taxation’s estimates understate the full impact of the tax bill on inequality is a subtle but significant change made by the Senate bill that would hit lower- and middle-income families hard over the coming decades. Much of the impact would be felt after 2027, while the committee’s forecasts look only 10 years out.

The rather technical change is a shift in the inflation measure that would be used to determine certain deductions and tax bracket thresholds going forward.

Historically, the federal tax code has used a measure known as the fixed-weight consumer price index to calculate inflation. Fixed-weight CPI measures the change in the price of a fixed basket of goods over time. The Senate bill switches to a measure known as chained CPI, which accounts for the fact that as the prices of some goods rise, consumers shift toward cheaper substitutes.

From a practical perspective, the primary difference between fixed-weight CPI and chained CPI is that the former rises faster than the latter. According to the fixed-weight measure currently used by the federal government, prices have increased by 45.7 percent since 2000. According to chained CPI, the increase was 39.7 percent.

The bottom line: For lower- and middle-income families, switching to chained CPI means that the standard deduction and the value of the earned income tax credit, both of which are indexed to inflation, would be smaller than if the fixed-weight measure had been retained. This effect will become more dramatic with each succeeding decade.

To be sure, switching from fixed-weight to chained CPI saves the federal government money. The Senate bill uses this money to offset the long-term costs of corporate tax cuts. But because the change is so subtle, many Americans will not realize that they are — in effect — being asked to pay from their own pockets to pad corporate profits.

Rather than addressing the problem of rising income inequality, the Senate bill manages to speed up that trend while covering its own tracks.