Here's a bizarre Roy Moore defense from his spokesperson

A spokeswoman for Roy Moore said that Doug Jones wants to kill a CNN anchor's unborn baby, among other things 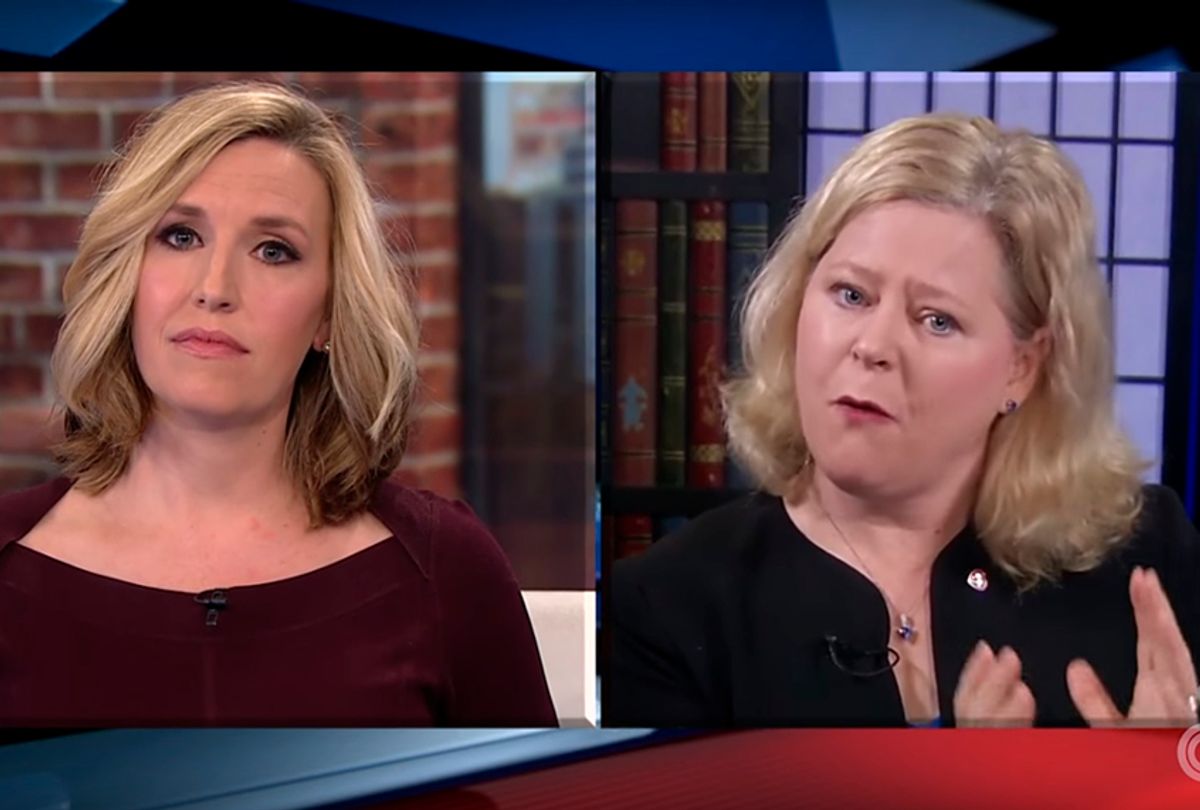 Jane Porter, a spokeswoman for embattled Republican Senate candidate Roy Moore, told CNN on Tuesday that she doesn't believe the women accusing the Alabaman of sexual misconduct — and that she doesn't understand why people weren't focusing on the many women who haven't accused him of similar misdeeds.

After being played a clip of accuser Leigh Corfman describing Moore's alleged attempt to seduce her, Porter was asked by host Poppy Harlow whether she believed the accusers.

"I don't believe her at all!" Porter replied, before proceeding to pick apart Corfman's story, including claiming that she was "sought after" by The Washington Post and that Corfman's own mother had contradicted aspects of her story. When Harlow pointed out that Corfman had been reluctant to come forward until other women had already done so and that this had made her life more difficult, Porter replied that the media shouldn't be taken in by an "Academy Award-winning performance."

After Harlow noted that Corfman's story had been corroborated by 30 people between 1977 and 1982, Porter insisted that this wasn't true, before arguing that the media was biased against Moore because it wouldn't report on the women who hadn't accused him of sexual misconduct.

"Poppy, we need to make it clear that there is a group of non-accusers that have not accused the judge of any sexual misconduct or anything illegal," Porter exclaimed.

"Congratulations on your unborn child. That's the reason why I came down as a volunteer to speak for Judge Roy Moore, 'cause he'll stand for the rights of babies like yours in the womb, where his opponent will support killing them up until the moment of birth," Porter told Harlow.