Former writers of the alternative weekly have called for an all-out boycott, as owners attempt damage control 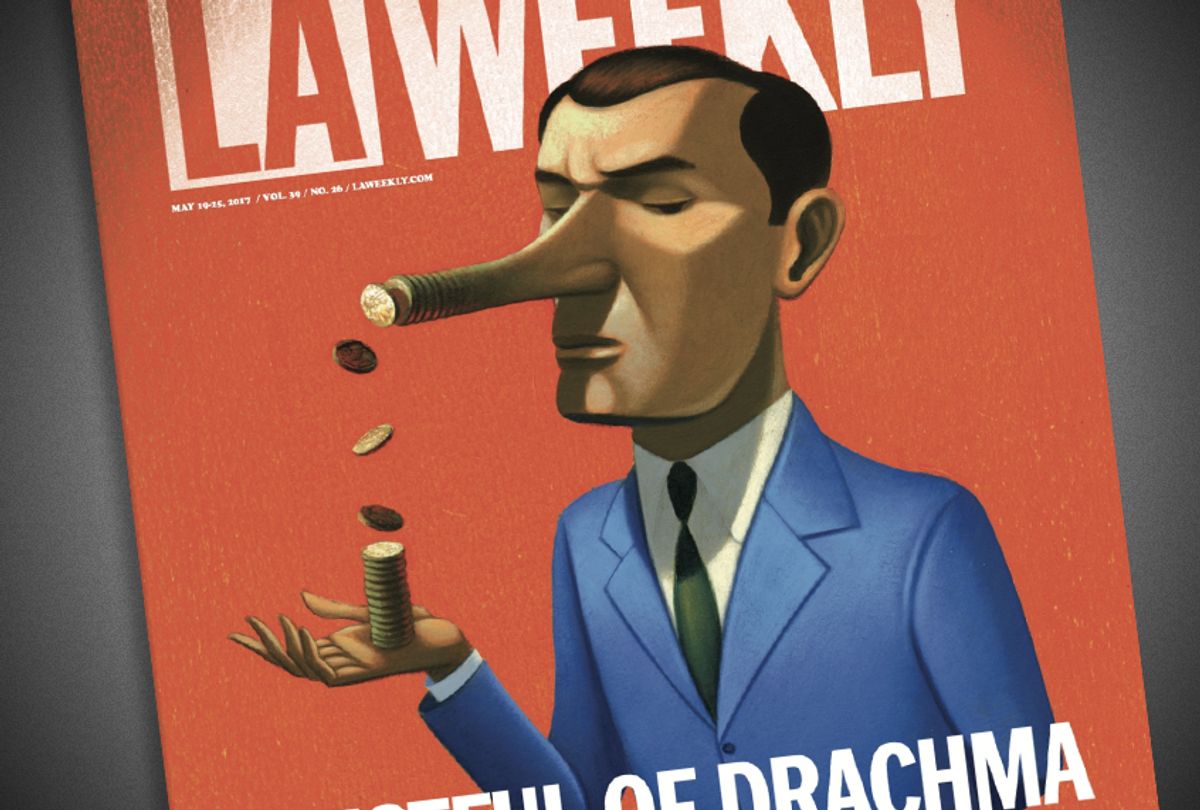 The LA Weekly, a free alternative newspaper in Los Angeles, has come under sharp criticism for laying off most of its journalists and after it was discovered that new ownership had strong ties to Republican politics and plans to hire unpaid contributors.

After Semanal Media bought the LA Weekly last week from Voice Media Group, the Los Angeles Times discovered that the new owners — including Paul Makarechian, a boutique hotel developer, and Mike Mugel, a real estate developer — have donated to conservative causes and given hefty donations to Republican political campaigns.

Former writers of the LA Weekly, such as April Wolfe and Jeff Weiss, have publicly called for a boycott of the publication on Twitter and have been supported by director Ava DuVernay and actor Mark Ruffalo.

LA Weekly may have fired me, but it doesn't stop them from using my content to make $. I guess if you want to read my cover story on THE ROOM/THE DISASTER ARTIST this week, I can give you screenshots so you don't have to read it on their site. pic.twitter.com/IOs59rtgMJ

Today @Passionweiss and I will be asking LA Weekly event sponsors to stop working with the paper. Events were big money-makers for LA Weekly (thanks to an amazing staff that was decimated). Brian Calle & new owners don’t deserve that revenue stream. #BoycottLAWeekly — April Wolfe (@AWolfeful) December 4, 2017

Please RT to let the new @LAWeekly owners and their public face @briancalle know that the city of Los Angeles will not tolerate their attempts to destroy one of its most important civic institutions. #BoycottLAWeekly pic.twitter.com/FaCRXMORVz

Included in the ownership group is also Brian Calle, the publication's new operations manager. Calle worked previously as an opinion editor for the Orange County Register and 10 other daily newspapers in the Southern California News Group.

The Register's editorial page is "historically libertarian," and Calle described himself as a "free-market enthusiast," according to the Times.

Chris Hubbert, the sales director of LA Weekly, sent an email on Monday about an upcoming meeting that would cover the topics: "Advertisers pulling," "Why everyone saw this coming except you" and "Social Media — Who’s [posting] and why, because this weekend was horrible and amateur."

Calle said the wording of the email was "kind of a joke," according to the Times.

The new owners have shown frustration over the recent public backlash and have called it unfair. Calle said recent news about him has mostly been an "absolute falsehood."

The move has been similar to other pushes by conservatives to take over a liberal publication. Conservative columnist and Ben Carson ally, Armstrong Williams, has recently expressed interest in purchasing the alternative weekly, the Washington City Paper.

Calle said that under new ownership, the LA Weekly will cover topics that "advocate for things no one else is willing to advocate for . . . that people view as inappropriate."

So far, no new editors have been hired, despite the publication having laid off all but one of its writers and all of its top editors.

The publication also received backlash over a seemingly tone-deaf tweet on Saturday which asked for "passionate Angelinos to share stories about their life and culture in L.A," and asked for emailed submissions, the LA Times reported. The tweet has since been deleted, and the publication has not tweeted since, after many scolded them for looking for unpaid work.

"Angelenos" is also the proper spelling for inhabitants of Los Angeles.