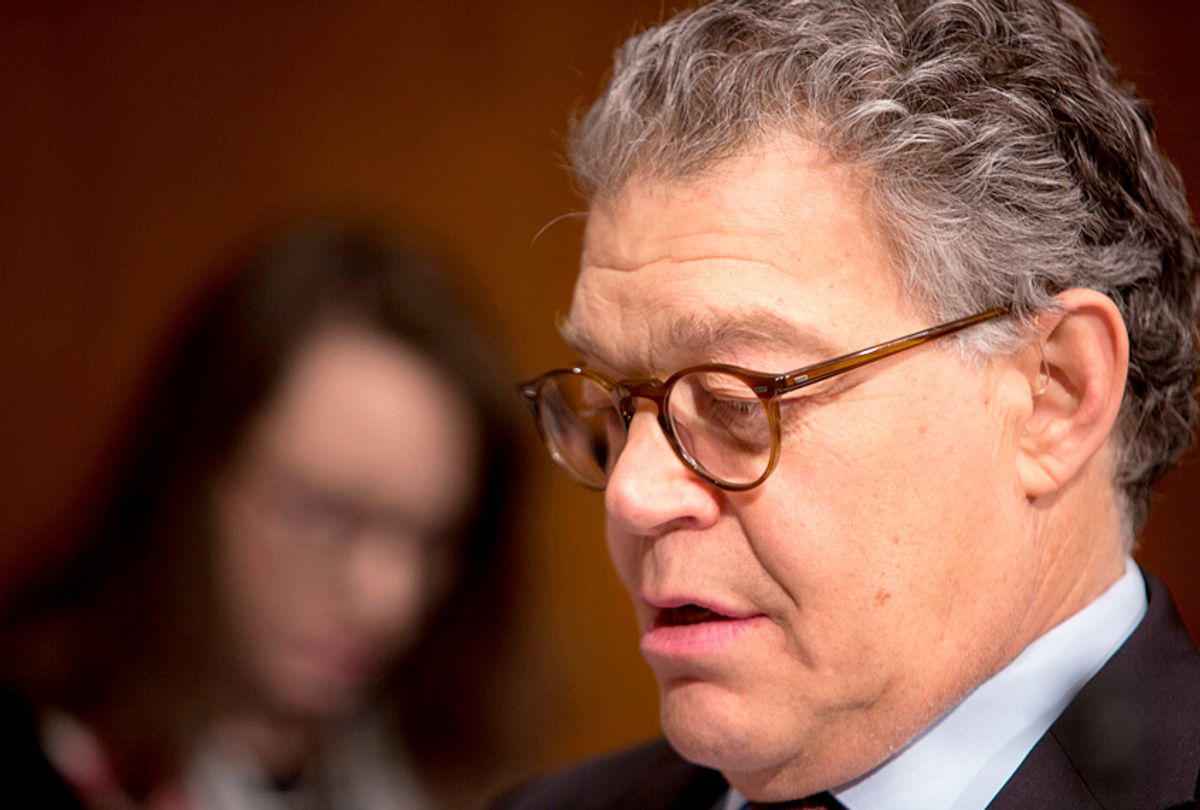 In the aftermath of yet another woman accusing Al Franken of sexual misconduct, a number of Democrats have called on the Senator from Minnesota to resign from his office.

Half a dozen of the Democrats are female legislators: Sens. Kirsten Gillibrand of New York, Kamala Harris of California, Maggie Hassan of New Hampshire, Mazie Hirono of Hawaii, Claire McCaskill of Missouri,  Patty Murray of Washington. They have also been joined by Sens. Sherrod Brown of Ohio, Bob Casey of Pennsylvania and Joe Donnelly of Indiana.

"I have been shocked and disappointed to learn over the last few weeks that a colleague I am fond of personally has engaged in behavior towards women that is unacceptable," Gillibrand wrote in a Facebook post on the subject. "I consider Senator Franken to be a friend and have enjoyed working with him in the Senate in our shared fight to help American families."

She added, "But this moment of reckoning about our friends and colleagues who have been accused of sexual misconduct is necessary, and it is painful. We must not lose sight that this watershed moment is bigger than any one industry, any one party, or any one person."

In response, Franken announced he would make an announcement Thursday.

The most recent woman to accuse Franken says he tried to forcibly kiss her back when she was a Democratic congressional aide and he was a radio host in 2006.

"He was between me and the door and he was coming at me to kiss me. It was very quick and I think my brain had to work really hard to be like ‘Wait, what is happening?’ But I knew whatever was happening was not right and I ducked. I was really startled by it and I just sort of booked it towards the door and he said, ‘It’s my right as an entertainer,'" the woman told Politico.