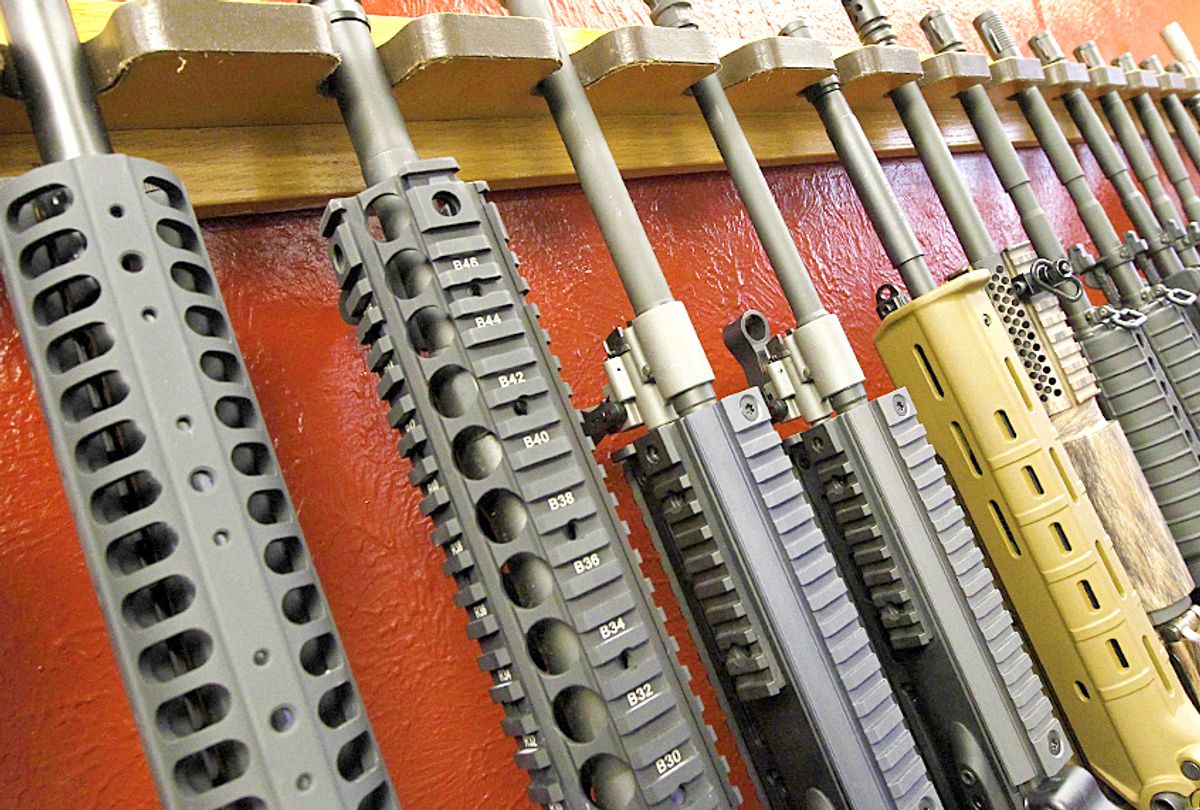 On Wednesday, the House of Representatives approved a GOP-proposed bill, H.R. 38  – Concealed Carry Reciprocity Act of 2017, that will make it easier for gun owners to legally carry concealed weapons across state lines. The bill passed with a 231-198 vote in the House, and is the first gun-related bill to be voted on in Congress since the mass shooting in Las Vegas in October. While the vote mostly ran along party lines, 14 Republicans voted no, and six Democrats voted yes.

The National Rifle Association (NRA) didn’t waste any time celebrating the approval of the bill, something they’ve long considered to be a “top legislative priority.” Shortly after it was passed, they took to Twitter to share the "victory," decorating their celebratory tweet with childish emojis.

The bill is not only alarming and threatening to the safety of Americans, it is also a slap in the face to Las Vegas shooting victims and their families. On October 1, 2017, Stephen Paddock fired over 1,000 shots into a crowd of 22,000 people, killing 58 of them. Though Paddock was a Nevada resident, The Bureau of Alcohol, Tobacco, Firearms and Explosives noted that many of his firearms had been purchased across state lines— in California, Texas and Utah.

Paddock was able to shoot more rapidly, and thus injure or kill more, by virtue of using a bump stock, a device that essentially converts a semi-automatic weapon into a fully automatic weapon. While bump stocks are legal, automatic weapons generally are not legal for U.S. civilians to own.

In the wake of the shooting, it briefly seemed as though bipartisan support for gun control reform might be possible. A few days after the shooting, Rep. Carlos Curbelo, R.-Fla., came out in favor of a ban in bump stocks. Later, the NRA, too, said that bump stock laws should be "reviewed."

Ultimately, though, nothing happened legislatively — though the Las Vegas shooting now stands as the deadliest mass shooting in American history. Rather than attempt to enact legislation that might stop a future similar shooting, this new bill makes another shooting of a similar magnitude even easier to accomplish.

The philosophy behind federal interstate gun legislation such as H.R. 38 also makes a mockery of a common Republican ideological argument for states' rights trumping federal law — as Rep. Carol Shea-Porter, D.-N.H., noted in her press release: “I voted against the Concealed Carry Reciprocity Act because it would undermine states’ rights," she explained. "At a time when the majority of Americans want Congress to work on bipartisan solutions that address the national epidemic of gun violence, passing the NRA’s top legislative priority to loosen gun safety laws takes us in the wrong direction," she continued.