In a move that can only be celebrated by big banks and financial companies, Trump undermines Obama-era protections 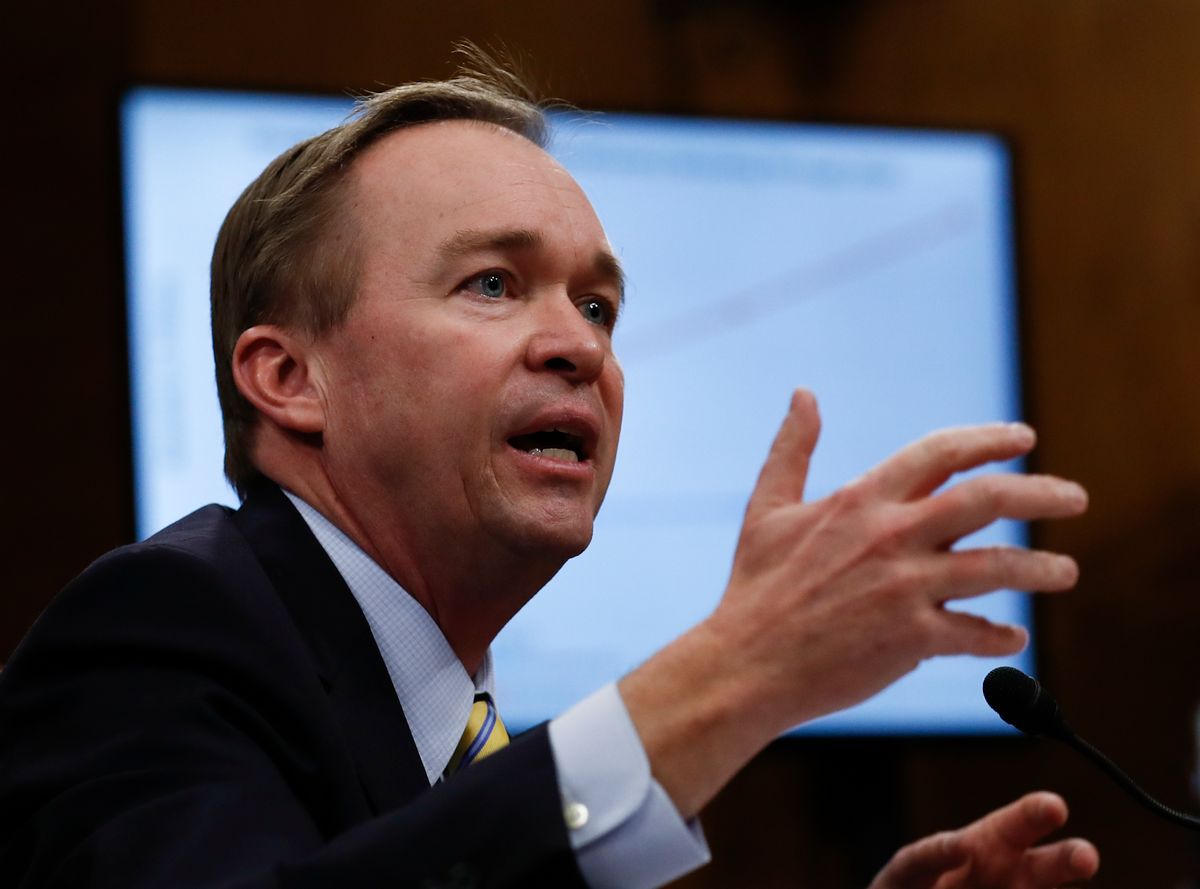 The determination of the Trump administration to dismantle the Consumer Financial Protection Bureau is near unquestionable, considering its recent and brazen actions to undermine the Obama-era agency.

Following a nearly three-year-long legal battle, the bureau was positioned for a victory for consumers, but then President Donald Trump intervened. In September, a judge sided with the CFPB that the Nationwide Biweekly Administration had misled over 100,000 mortgage customers, according to the New York Times. The Ohio-based company was ordered to fork over close to $8 million in penalties.

Lawyers filed for the company "to post an $8 million bond while the proceedings wrapped up," in an 11-page brief, the Times reported.

However, Mick Mulvaney was named as head of the CFPB, which launched a legal controversy over who the bureau's rightful leader was, and consequently, which direction it would head in. But a judge ruled in his favor last week, as the lawsuit continues, the Times reported.

Less than 48 hours after the lawyers filed for the $8 million, they put together a new brief.

That brief was two sentences long, and asked "to withdraw their earlier submission and no longer take a position on whether Nationwide should put up the cash," the Times reported.

While it was just one move, rest assured it serves as a foreshadowing of leadership under Mulvaney, who once called the CFPB a "sad, sick" joke.

"This place will be different, under my leadership and under whoever follows me," Mulvaney said on Monday, per the Times. Mulvaney has already enacted a hiring freeze, halted payments to some victims of financial abuse, froze new rule-making and ordered a review of current investigations and lawsuits, of which he has indicated that some will be dropped.

But the CFPB is far from the only bureau that curtails abuses from predatory financial institutions on Wall Street and provides support for consumers.

The Trump administration recently informed employees of the U.S. Office of Financial Research to brace for serious budget and staffing cuts, the Wall Street Journal highlighted.

Similar to the CFPB, the OFR was established in 2010 by the Obama administration under Dodd-Frank in response to the financial crisis.

On Thursday, the House Financial Services Committee will hear from the bureau's chief, Richard Berner, who is leaving his post at the end of the year, the WSJ reported. He is expected to face questions on the state of the OFR, its accomplishments, "as well as internal turmoil at the agency, including a continuing inspector general’s probe into personnel and management issues and an independent consultant’s report that found deep discord among OFR staff."

Trump infamously coined the phrase and pledged to "drain the swamp" during his campaign, and championed himself as an advocate for the consumer and a rival of big banks that have beaten up on working-class earners.

But his proposal from May indicated the administration would slash the budget of the OFR by roughly 25 percent and lay off more than a third of the bureau's 223 full-time positions, the WSJ reported.

As former Goldman Sachs executives served as key architects of the recently passed GOP tax plan, and the Trump administration's deregulatory measures and pro-business agenda moves forward aggressively, it's perhaps more clear than ever that his promises were hollow.