"People like us may end up in jail. Let me tell you." 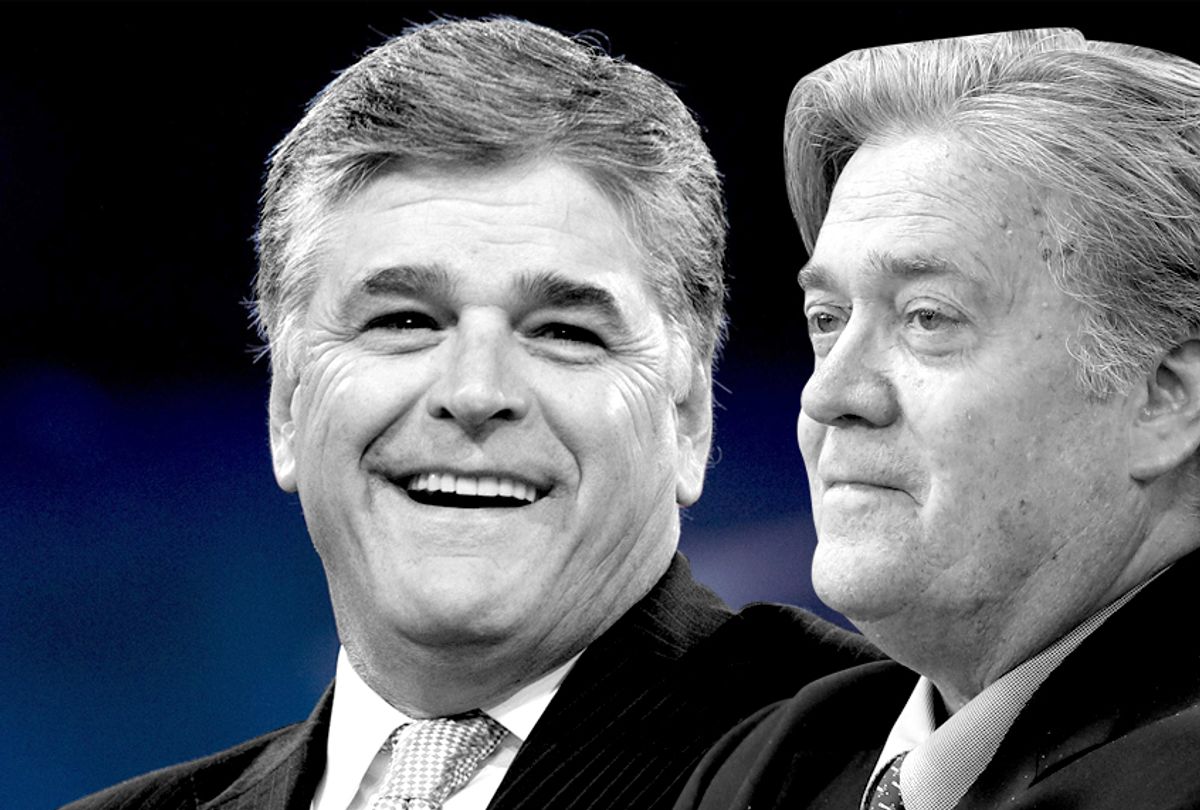 Fox News Host Sean Hannity told former White House Chief Strategist Steve Bannon that the two of them, along with others who have derided special counsel Robert Mueller's investigation, "may end up in jail" for their staunch support of President Donald Trump.

On Monday night, Hannity sat down with Bannon, who has returned to a leadership position at the hard-right media site Breitbart, and Fox News Political Analyst Pat Goodell, on a special edition of "Breitbart News Tonight."

The discussion centered around Mueller's investigation into the Trump campaign's alleged ties with the Russian government. During the lively chat, the panel discussed their growing concern for what they imagine is the growing of the "deep state" — the supposed shadow government of left-leaning bureaucrats working to take down America from the inside.

Hannity chimed in and said, "This is not about General Flynn. This isn’t about Paul Manafort. They’re just pawns."

"The ultimate goal — Andy McCarthy had a great piece. This is about the impeachment of the president. This is not about Trump-Russia collusion," Hannity argued.

Goodell said that there was a "slow-motion, steady effort to basically have a coup d’etat" and that America is experiencing a "post-constitutional society." Goodell added that there are government forces "willing to destroy this country to keep control."

"By the way," Hannity added, according to RWW, "people like us may end up in jail. Let me tell you."

He continued, "They will stop at nothing. This is what I’m trying to get across to people. This is serious. This is the rule of law in this country now."

By the by, you'll have more paranoid, nationalist spleen venting to look forward to, going forward. Bannon will now be appearing as a regular host on SiriusXM's Patriot Channel, right up until the moment imaginary deep-state police fake arrest him, one supposes.

Listen to the whole exchange below.