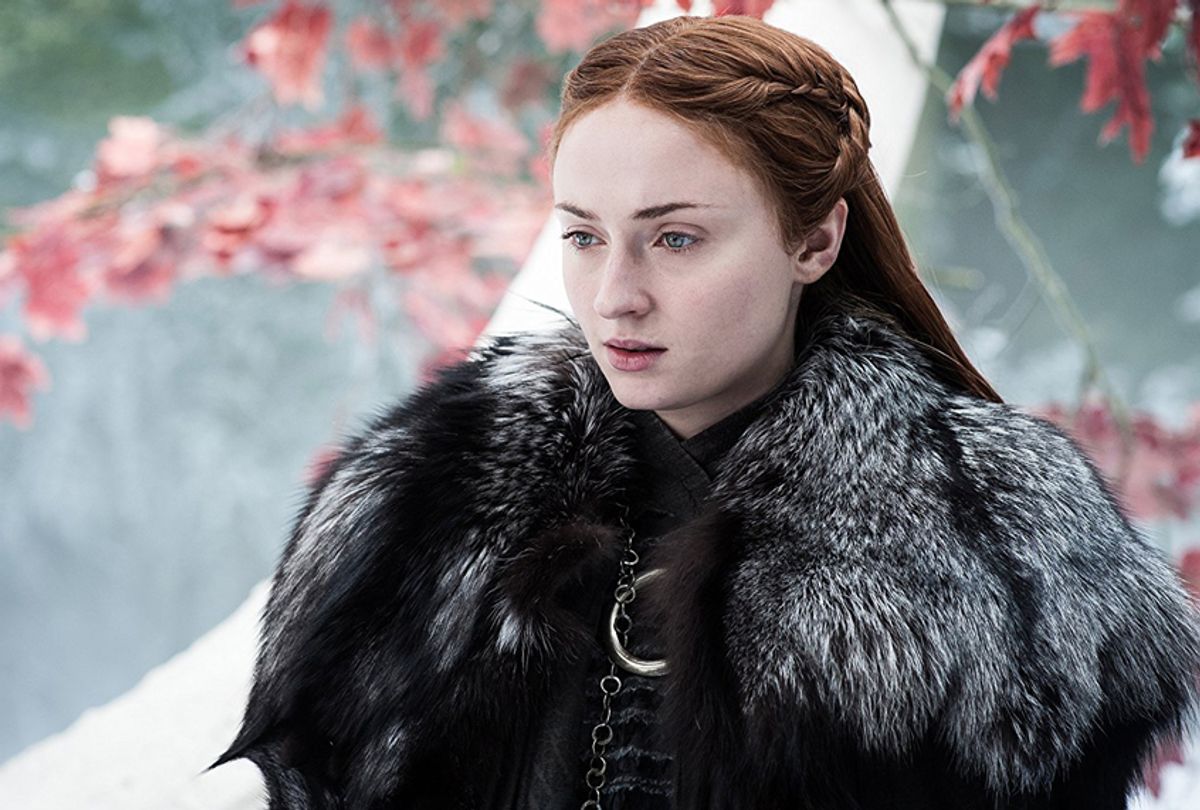 Prior to Turner's declaration, the word was still out on whether or not the the eighth and final season of the show could make a 2018 premiere. Now, Turner is saying that the production is only about a tenth of the way through filming, with a good six or seven months left to go. HBO has yet to confirm an official premiere date.

Liam Cunningham (Ser Davos) offered similar insight about the season's delay in October, telling a crowd at Comic Con in New York City that the show plans to film "right up until the summer." He added, "When you think about it, up until last season we'd have six months to do ten episodes, so we're [doing] way more than that for six episodes. So that obviously will translate into longer episodes."

For some good news, Turner also teased new conflicts and plot twists. "This season, there’s a new threat," she told Variety, "and all of a sudden she finds herself somewhat back in the deep end. And without Littlefinger, it’s a test for her of whether she can get through it. It’s a big challenge for her, without this master manipulator having her back. This season is more a passionate fight for her than a political, manipulative kind of fight."

According to Entertainment Weekly, pushing back season eight may be a strategic move beyond the added time for post-production. "Since 'Game of Thrones' season 7 aired last summer, the show is competing in the 2018 Emmy awards, which air next fall — which allows HBO to focus' GoT' publicity efforts on its Emmy campaign next year rather than promoting a new season at the same time," EW reported.

The creators behind "Game of Thrones" have also expressed their desire to make the final season its most epic yet, something former cast member Jason Momoa confirmed when he visited the set last week.

But Momoa was just stopping by to see some old friends, so his character, Drogo, won't be rising from the dead a la Jon Snow. "You just want to see your friends and you end up make headlines going, 'Drogo’s back!' and I’m like, 'He’s dead! He can’t come back, it wouldn’t work,'" he told EW.