November 11, 1941. A day that will live in infamy for as long as our attention spans can take another Trump flub 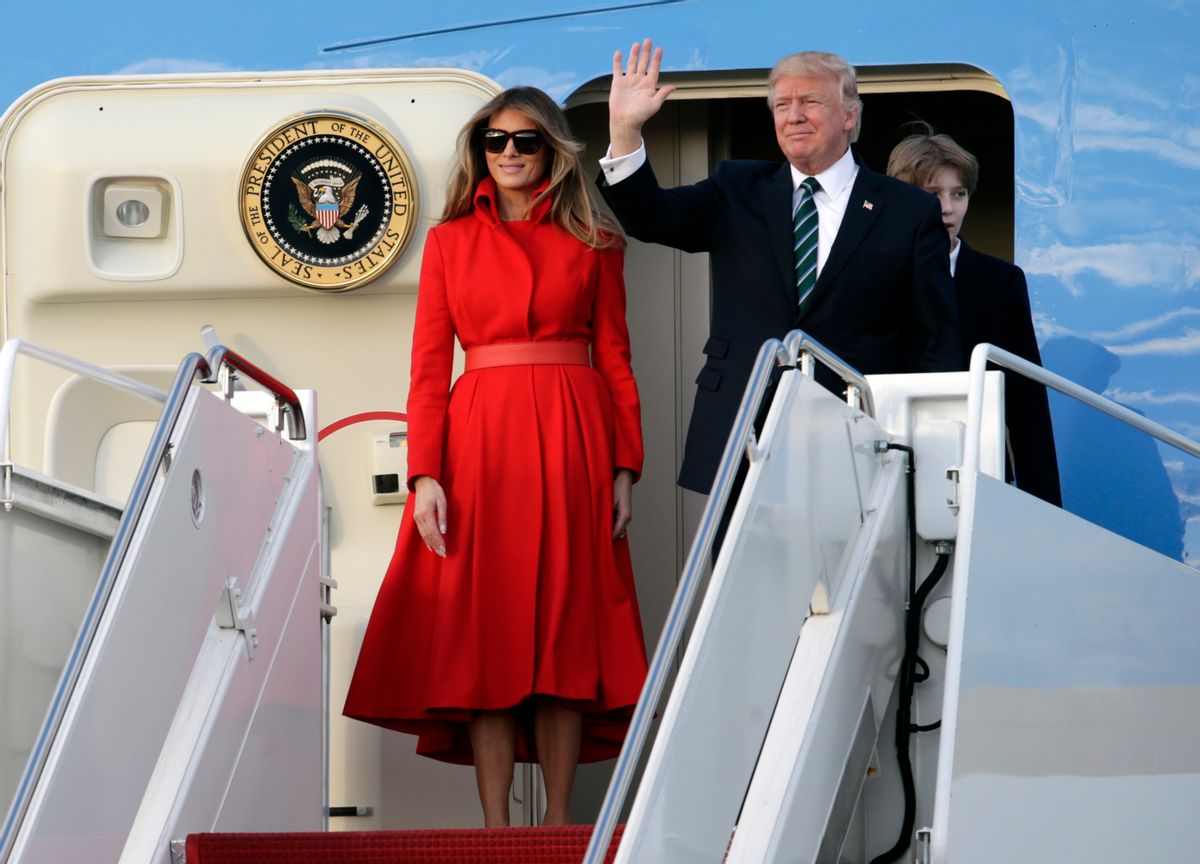 On Thursday morning, Melania Trump followed the annual ritual done by all first ladies in the modern era. The @flotus Twitter account posted a photo of herself with President Donald Trump at the Pearl Harbor Memorial in Hawaii. But the tweet listed the date of the Pearl Harbor Attack as “11/7/1941,” which was a month off.

The typo didn't go unnoticed. Though the account eventually realized their error and replaced the tweet, it was way too late. Twitter erupted with more than just an attack on the tweet flub, but on other, more pressing problems with the Trump presidency.

Um. You got the date wrong. Also, you're married to a 5 X draft dodger, so what would you know about military "courage and sacrifice"? Your hypocrisy is showing. — Michele Martindill (@Docsociology4) December 7, 2017

Perhaps this next response calls out a more telling twitter flub...

November 7, 1941? Thanks to @FLOTUS for a tweet that will live in infamy, even if that date won't. pic.twitter.com/ZeyxvRzvrU

Melania wasn't the only one to tweet inaccuracies. Her husband also got a Pearl Harbor fact wrong.

The president's Thursday social media flub wasn't the first time that he botched a historical fact.

Regardless of whether these tweets were written by the Trumps themselves or a social media manager, maybe they'll just blame someone else.