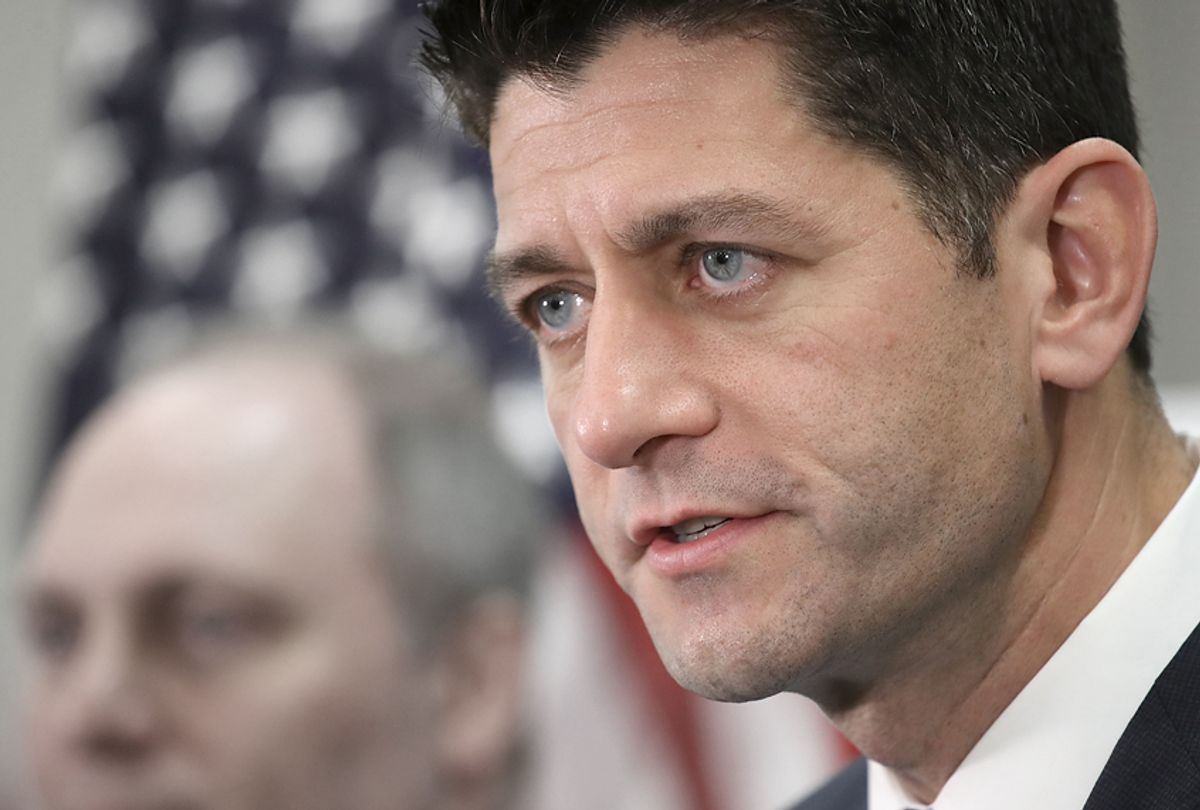 There has been one inescapable question surrounding the newly passed GOP tax plan: Who will pay for it? The answer is actually not complicated, because top Republicans have already told everyone.

House Speaker Paul Ryan, R-Wis., who has long dedicated his career to drawing ire over the ever-rising national debt and deficit, has made lobbying for cuts a big part of his legislative agenda.

Days before the House version of the tax plan under President Donald Trump's administration passed, Ryan was well aware of the hit the deficit would take as a result. In fact, he already had a plan in place to help fix the problem his party deliberately intended to create: spending cuts and welfare reform.

Ryan, the GOP and the Trump administration have collectively argued that the tax cuts, which are going to disproportionately benefit the wealthiest earners and corporations, will essentially pay for themselves through economic growth. But what if that growth doesn't come to fruition? Nonpartisan economists have already predicted that, under the GOP plan, the deficit would increase by at least $1 trillion over the next decade.

It became quite obvious that social safety net programs had been put in the crosshairs, and on Wednesday, only days after the Senate tax plan passed, Ryan confirmed as much.

Following private conversations between the two, Ryan said he also feels confident that the president will support his efforts to scale back Medicare, which Trump promised he wouldn't do on the campaign, along with Medicaid and Social Security.

"I think the president is understanding that choice and competition works everywhere in health care, especially in Medicare," Ryan explained. "This has been my big thing for many, many years. I think it's the biggest entitlement we've got to reform."

Democrats have already slammed their Congressional counterparts and said their plans were simply par for the course.

"What’s coming next is all too predictable: The deficit hawks will come flying back after this bill becomes law," Ron Wyden, D-Ore., said, the Post reported. "Republicans are already saying 'entitlement reform' and 'welfare reform' are next up on the docket. But nobody should be fooled — that’s just code for attacks on Medicaid, on Medicare, on Social Security, on anti-hunger programs."

While the tax debate ensued on the Senate floor last week, Sen. Bernie Sanders, I-Vt., asked Sen. Patrick J. Toomey, R-Pa., to vow that Republicans would not attempt to gut Medicare and Social Security once their plan passed.

Toomey said there was "no secret plan" to make those cuts, and Sen. Marco Rubio, R-Fla., said he opposed cuts to those programs and their current beneficiaries. However, the two did not definitively promise the same to future beneficiaries, the Post reported.

"I am not going to support any cuts to people who are on the program and need those benefits. But I want this program to survive," Toomey said.