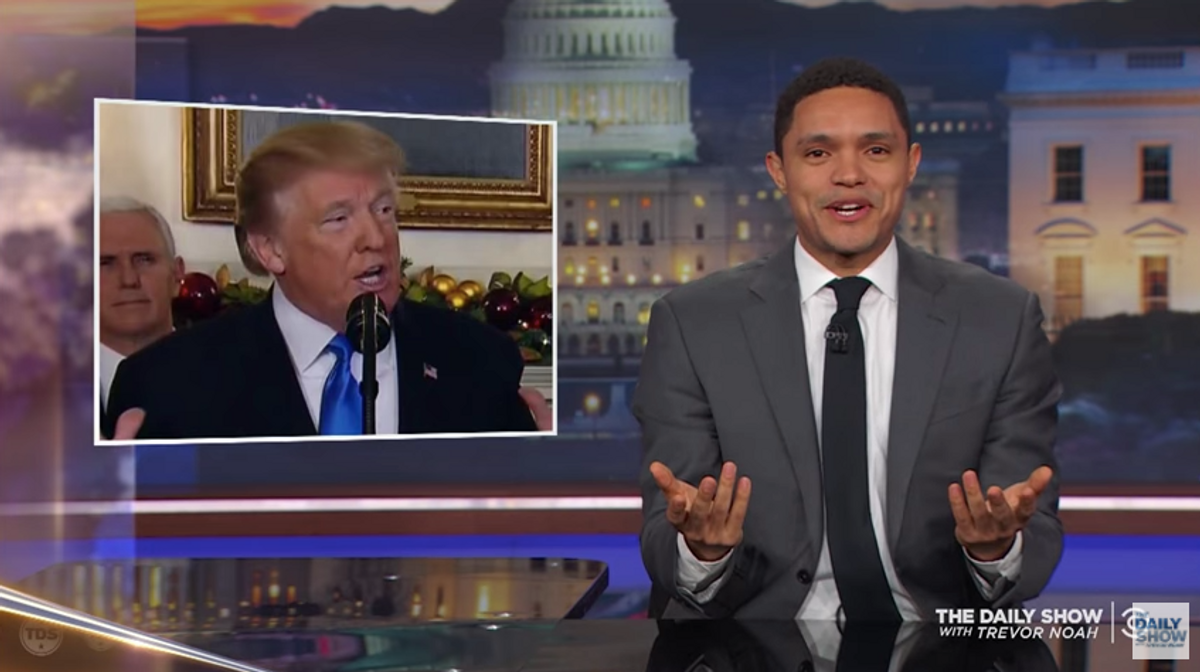 "Daily Show" host Trevor Noah harshly criticized President Donald Trump's decision to move the Israeli embassy to Jerusalem and the threat it poses on stability in an already volatile region.

"Moving the U.S. Embassy to Jerusalem is like getting an apartment in your ex-girlfriend’s building," Noah joked. "It’s not technically illegal, but you’re trying to start some s**t, that's what you're doing."

Noah pointed out that Trump has made repeated promises in the past that he would deliver peace to the region and how the president's decision only makes that process much more difficult.

"I’m not saying I know how to solve the Middle East crisis, but I know how you break it — this is how!" Noah exclaimed. "Trump probably wants to put out the California fires by throwing Samsung phones at them."

But Noah said that as disturbing as it was to watch the president "add fuel to the Middle East conflict, it was even more disturbing to watch the conflict between Donald Trump's teeth and his tongue."

The late-night host rolled clips of Trump's speech on Wednesday in which he appeared to slur his words towards the end, leading many to question what was going on.

"He sounds like he just had a drink with Bill Cosby," Noah joked.

"But we all know, we all know what's going on here," Noah said, Trump "is wearing dentures."

Noah continued, "This used to happen to my grandfather all the time, his dentures would start falling out and he wouldn't be able to finish his sentence."