Why Trump's Jerusalem decision is dangerous as hell

Trump's decision is deliberately provocative, reckless and a danger to our national security 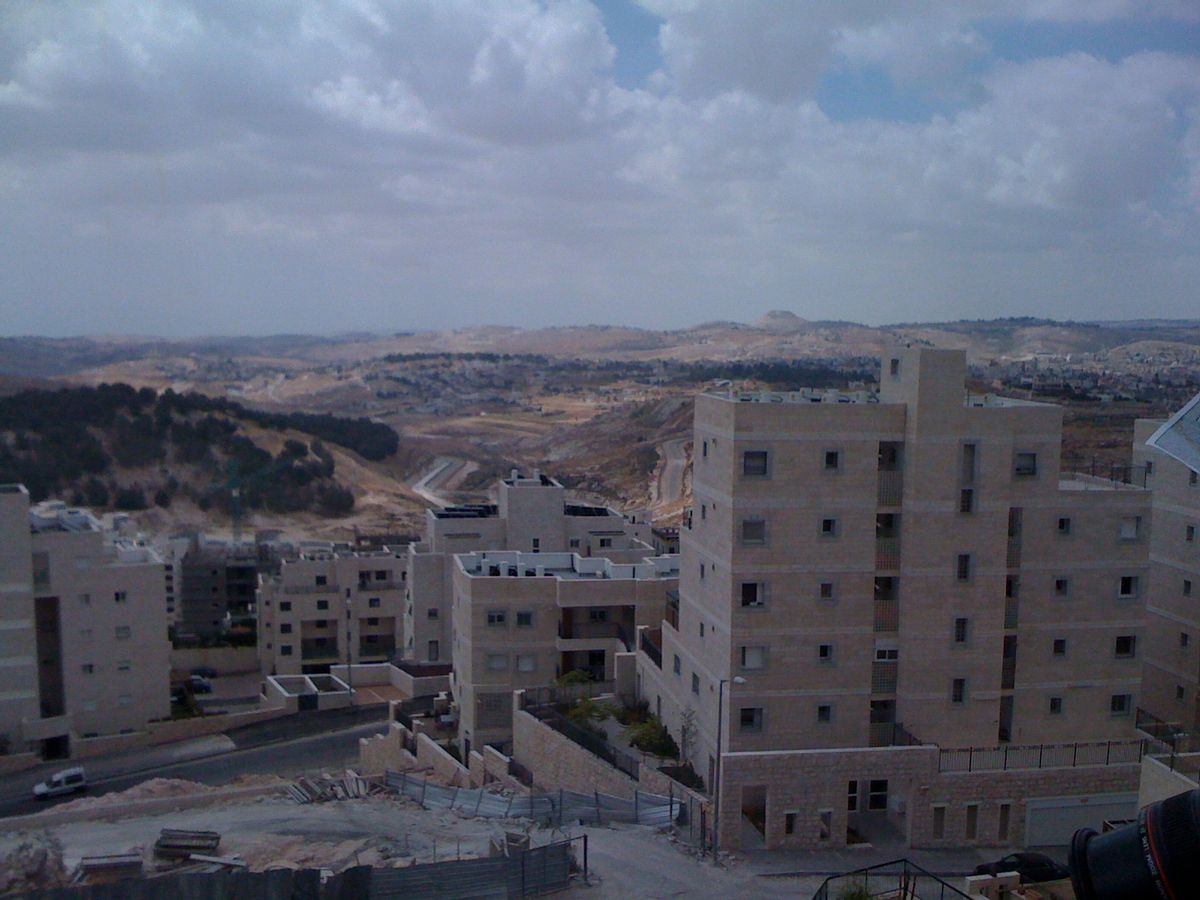 Trump's plan to recognize Jerusalem as the capital of Israel, and potentially to move the U.S. embassy from Tel Aviv to Jerusalem is not going to undermine peace efforts — because there are no peace efforts underway. Protests have already begun, and anger is rising not only among Palestinians but across the Arab and Muslim worlds, among numerous governments including key U.S. allies, and among people across the globe.

Understanding what this move represents means viewing it from two different perspectives. Taken at face value, recognizing Jerusalem as Israel's capital reflects Trump's need to placate his key Israel-backing donors, particularly the casino mogul Sheldon Adelson and the Christian Zionist component of his rightwing evangelical base. Pro-Israel partisans in Congress orchestrated a law in 1995 mandating the embassy move, but giving the president a way out — the president could waive the requirement if national security might be at stake. Every president since has taken advantage of that waiver, including Donald Trump six months ago. Congressional Israel-backers could blame the president, the White House could lament that security threats prevented the move . . . everyone was happy.

But Trump's campaign commitment to move the embassy is more important to more influential supporters than was true of earlier presidents. Plus Trump's failure to win legislative victories meant he had more incentive to make good on his Jerusalem promise. Trump called this move "the recognition of reality."

It should be noted that it has been U.S. policy itself — support for Israel, billions of U.S. tax dollars sent to the Israeli military every year, acceptance of Jewish settlements in occupied Arab Jerusalem, protection of Israel in the United Nations — that is largely responsible for that reality. The UN resolution partitioning Palestine into what were supposed to be (thoroughly unfairly apportioned) Jewish and Palestinian Arab states, also recognized a special status for Jerusalem — it was to belong to neither "state," but rather be a corpus separatum, a separate body to remain under international control. Israel claimed West Jerusalem as its capital, and in 1967 when it illegally occupied the eastern half of the city after the Six-Day War, it announced the annexation of Arab Jerusalem and forcibly unified the city as its capital. No country in the world recognized the annexation, and since that time legally binding UN Security Council resolutions continue to reaffirm that East Jerusalem remains occupied Palestinian territory.

What's new this time around is the deliberately provocative, reckless nature of the decision to placate donors whatever the risk — the risk of violent responses across the world, let alone the risk of further violation of Palestinian rights.

What is not at risk is the role of the United States as an honest broker in sponsoring peace talks. Why? Because the U.S. never was an honest broker in Israel-Palestinian talks, it was always, as at least one longtime U.S. negotiator admitted, playing the role of Israel's lawyer. That hasn't changed either. There are no negotiations underway to be threatened with cancellation.

Sowing chaos and threatening more war across the region

The second perspective has far more to do with the regional situation, and the war-driven anti-diplomacy foreign policy of the Trump administration. Aside from donor pressure, U.S. recognition of Jerusalem as the capital of Israel and the threat to move the embassy, have to be seen in the context of the effort led by Trump son-in-law Jared Kushner to consolidate a powerful anti-Iran coalition across the Middle East with ostensible enemies Israel and Saudi Arabia at its core.

Trump has anointed Kushner his point man on reaching the "ultimate deal" on Israel-Palestine. It's less about any claimed interest in peace than about the collaborative regional plans being hatched by Kushner and his new BFF, Saudi Crown Prince Mohamed bin Salman, known as MBS. Together the two crown princes, as it were, are trying to bring Israel and Saudi Arabia together in a newly overt alliance against Tehran. To pull off that kind of normalization of relations between these ostensible enemies and not risk losing power or worse, requires changing the rhetoric, if not the actual circumstances.

Enter the so-called "new Israeli-Palestinian talks." If the ambitious young Saudi prince can convince the majority of the royal family and at least a majority of Saudi citizens that somehow new talks mean the end of the conflict and we can all stop worrying about the Palestinians, then normalization of relations with Israel suddenly looks more acceptable. Such a partnership portends a serious rise in the threat of war—with not only the United States but Israel and Saudi Arabia, plus Jordan, the UAE, Egypt and more, openly unified against Iran.

Just a week or so before the announcement about Jerusalem, the Trump administration threatened to close the PLO office in Washington unless the Palestinians accepted Washington's terms for new negotiations. Those U.S.-brokered talks would be based on pro-settlement, human rights-violating conditions that no Palestinian leader could ordinarily accept. If some Palestinian leader — the current head of the Palestinian Authority Mahmoud Abbas, or some other leader if the Saudis force Abbas to quit as they reportedly threatened — accepts a deal legitimizing permanent Israeli control of Palestinian land, Saudi Arabia can easily slip into a cozy partnership with their erstwhile enemy.

The timing remains a question. Why would Kushner and his father-in-law make the goal of an Israeli-Saudi alliance against Iran more difficult by such a provocative move regarding Jerusalem?  Part of the answer has to do with the primacy of Israel over Saudi Arabia in Kushner's world — regardless of his recent bromance with MBS. Kushner has been a supporter of illegal Israeli settlements for years; in his role in one of his family's foundations he helped orchestrate tens of thousands of dollars donated to Israeli settlements. According to  , "The foundation donated at least $38,000 between 2011 and 2013 to a fundraising group building a Jewish seminary in a West Bank settlement known as Beit El. During that period, Kushner’s foundation also donated an additional $20,000 to Jewish and educational institutions in settlements throughout the region, the Associated Press reported."

Somehow the Trump son-in-law forgot to mention those transactions when he filed financial reports required for his top-level security clearance. But it fits a pattern. In late 2016, Kushner ordered Michael Flynn, then the Trump campaign's top foreign policy adviser, to persuade Russia to delay the imminent UN Security Council vote criticizing Israeli settlements. President Obama had decided to abstain and allow the resolution to pass; Trump wanted the Russians to delay the vote so the new administration could veto it. But Moscow refused to play along.

If you just listened to the official rhetoric from both governments, something like a Saudi-Israeli alliance appears unthinkable. But it turns out that many "unthinkable" developments in the volatile Middle East are actually quite thinkable — although it usually means there's a price to be paid. Washington's recognition of Jerusalem as the capital has been bandied about as a threat for years despite international law. The fundamentalist Saudi government has all but publicly pined for open relations with Israel despite Tel Aviv's continuing violations of Palestinian rights. National leaders may pay a political price for those moves. But the real price — potentially in destroyed lives, devastated cities and more — will be paid by the people of Iran, who will likely face even more crippling sanctions and a growing threat of war; by the people of Yemen, where the U.S.-backed Saudi war continues to escalate with horrific humanitarian consequences; potentially by Lebanon, where Saudi interference is again on the rise; and as always by the Palestinians, who have paid the price for U.S. support of Israeli occupation and apartheid for more than 70 years, and have just been sold out again.

There are no Israeli-Palestinian peace talks underway that might be threatened by U.S. recognition of Jerusalem. But the move certainly makes peace — or justice — anywhere in the war-torn region far less likely.