America first, or America not at all

Education Department considers taking US schools out of international rankings 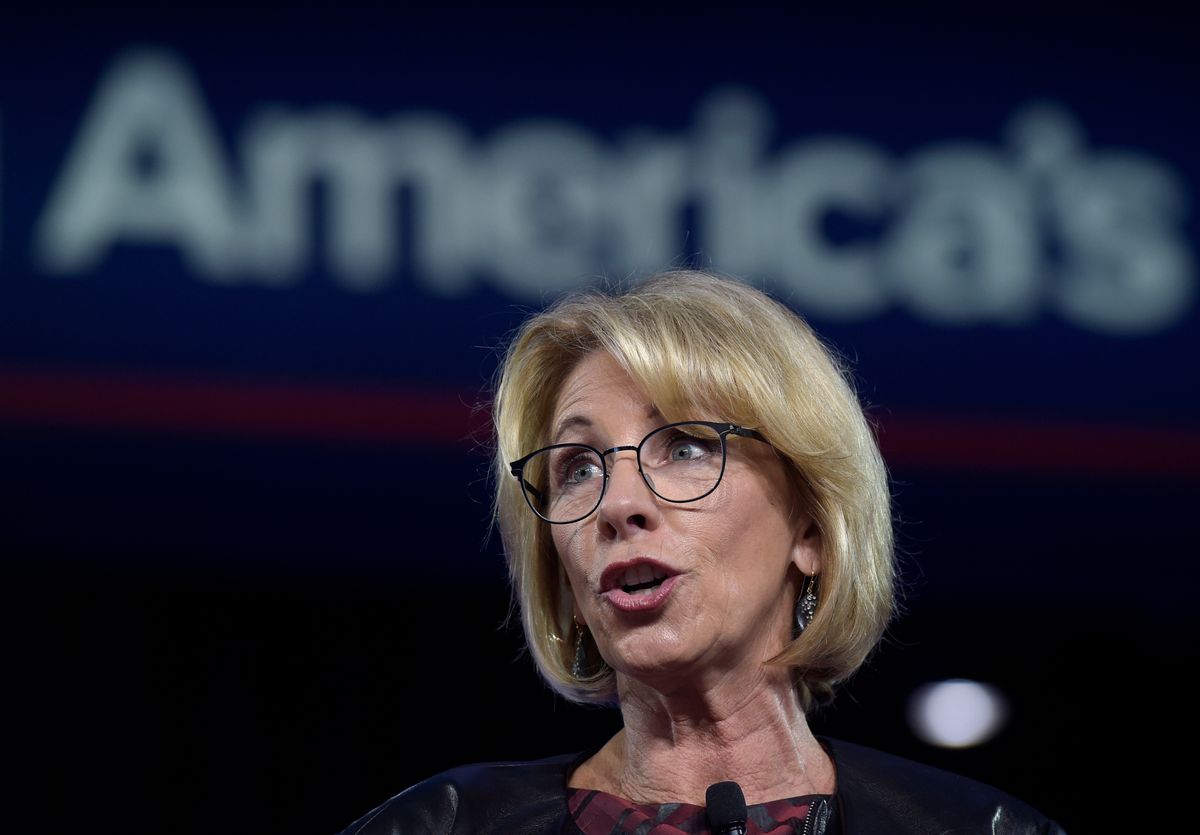 Donald Trump’s campaign slogan of “America First” has led us down a path of isolationism in the global economy on many fronts, from trade to environmental policies. Now we may be adding educational development to the list.

New filings by the Department of Education suggest that Secretary Betsy DeVos and team may want to pull out of international studies that rank teachers and students on everything from class size and teacher preparation to computer literacy.

One of the studies, the Teaching and Learning International Survey, is a large-scale international study that focuses on working conditions and learning environments in schools. It was first delivered in 2008, though the U.S. didn’t participate, and is administered every five years by the Organization for Economic Cooperation and Development. The 2013 survey involved 100,000 teachers in 34 countries, including the U.S.

Some of the key insights from that survey showed that U.S. teachers spend more time in the classroom teaching than any other country participating in the survey, despite teachers in some countries, such as Japan, clocking more working hours.

U.S. class sizes are also larger than the average class size in the study, 27 students per class vs. 24, respectively. And U.S. teachers are more likely to encounter economically disadvantaged students at 30%, compared to the study’s average, which was 20%.

Those findings are all important points that the Department of Education should address—not because of where we might stand internationally, but because of teacher efficacy and burnout. The international survey just brought these points into sharp focus when compared with the rest of the world.

The agency has already done the preliminary work to prepare for the survey, conducting school recruitment for the main study sample in September 2016, which was approved in June. In the U.S. survey is conducted by the National Center for Education Statistics of the Institute of Education Sciences within the Department of Education.

In February, it ran field tests to evaluate the newly developed teacher and school questionnaire items and test the survey operations in February, so it is unclear how things will move forward now that it is asking the public for input on whether participation in this survey is worthwhile — a move signaling a likely pullout.

Another filing suggests the agency wants to drop out of another international study, one that tests eighth graders’ computer literacy. The International Computer and Information Literacy Study (ICILS) was first administered in 2013 to 21 countries, testing 60,000 students and 35,000 teachers at more than 3,300 schools around the world. The U.S. did not participate.

The study is given by the International Association for the Evaluation of Educational Achievement (IEA), an independent, international cooperative of national of research agencies that create the framework, assessment and background questionnaires on education systems and curricula.

This test is also administered every five years and will be given next year. The Department of Education has taken measures to prepare for this study in 2018, recruiting for the main study, conducting field tests from May through June to evaluate new assessment items and ensure practices promote a successful study.

The study tests participants’ abilities to collect, manage, evaluate and share digital information at school and home environments and ranks them across four skill levels. Again, important information to know about our students and arguably even more critical when put in a global context if we want future generations to be able to compete in the global economy.