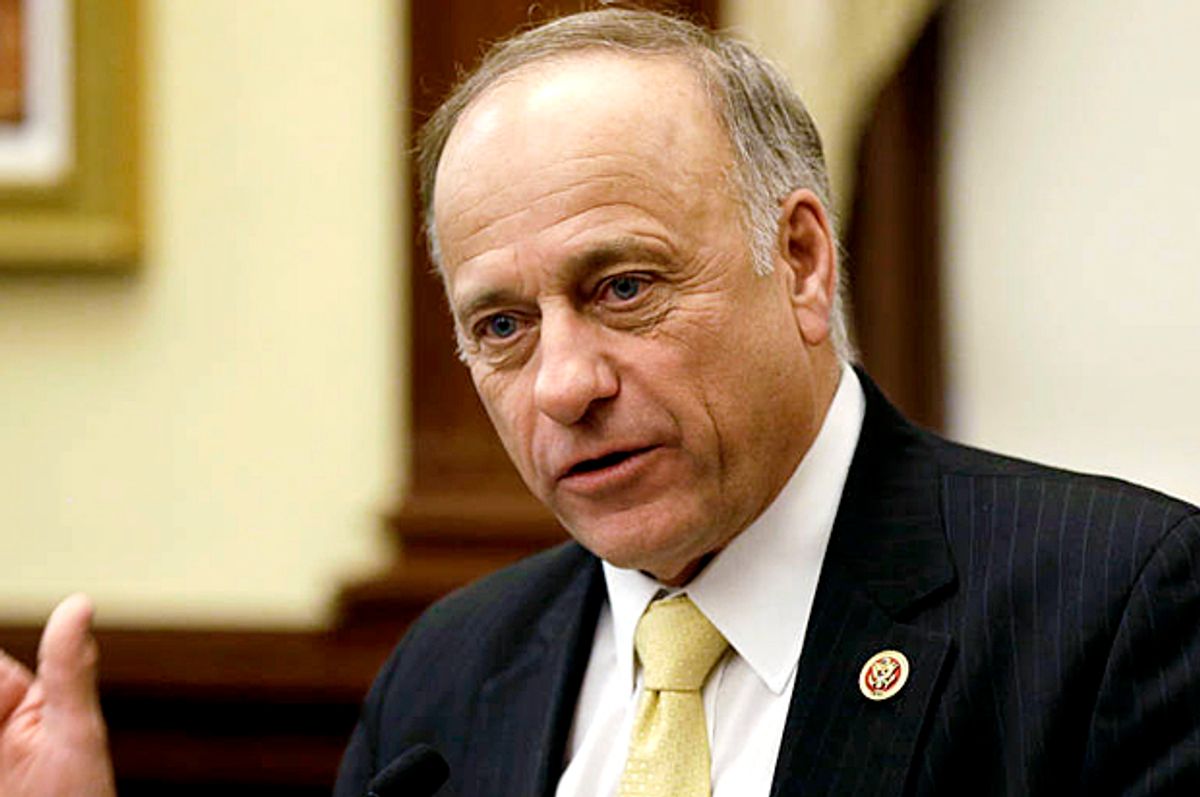 Iowa congressman Steve King has always been well-regarded by the Christian Right, but since Donald Trump took over the Republican party, King has been more open about expressing controversial views.

On Friday, King approvingly cited Hungarian Prime Minister Viktor Orbán — an outspoken white nationalist who has argued for a ban of non-white immigration to his country.

"Diversity is not our strength," King wrote in a Friday tweet. He then quoted from a summary of a December speech written by Voice of Europe, a white nationalist website linked to various "alt-right" activists within the United States.

“Mixing cultures will not lead to a higher quality of life but a lower one," King quoted Orbán as saying.

The speech King alluded to was not the first time that Orbán has explicitly urged his country to reject non-European immigrants. In a marquee speech delivered in March, the prime minister argued that Hungary was "naturally heterogeneous" because its citizens were from many different European countries.

"I find it very important that we should preserve our ethnic homogeneity," Orbán said. "Nowadays one can say such a thing, though a few years ago one would have been executed for such a turn of phrase. But now one can say things like that, because life has confirmed that too much mixing causes trouble."

Orbán continued: "We are from a single civilization. Preserving this is a key issue."

The sentiments the Hungarian leader expressed in February were very similar to something that King said just a few days later when he took to Twitter to pronounce, "We can’t restore our civilization with somebody else’s babies.”

After he was criticized for promoting white nationalism alongside his anti-immigrant views, King refused to back down, calling himself a "champion for Western civilization," even after his remark was heartily endorsed by former Ku Klux Klan leader David Duke. The Iowa Republican then promoted a racist novel called "The Camp of the Saints" and argued that American Hispanics and blacks would soon break out into open racial conflict against each other.

While King's racist comments earned him (ultimately meaningless) criticism from fellow Republicans, he received glowing praise from far-right activists, including from neo-Nazi Andrew Anglin who called the congressman a "hero" and described him as "basically an open white nationalist at this point."

This is the second time in recent weeks that a top Republican has promoted material from a white nationalist group on Twitter. Last month, Trump sparked worldwide controversy after he promoted three different videos posted by far-right British nationalist group Britain First, which has sought to use anti-Islamic bigotry to attain political power.