Trump attacks Moore accuser over yearbook: "There was a little mistake made" 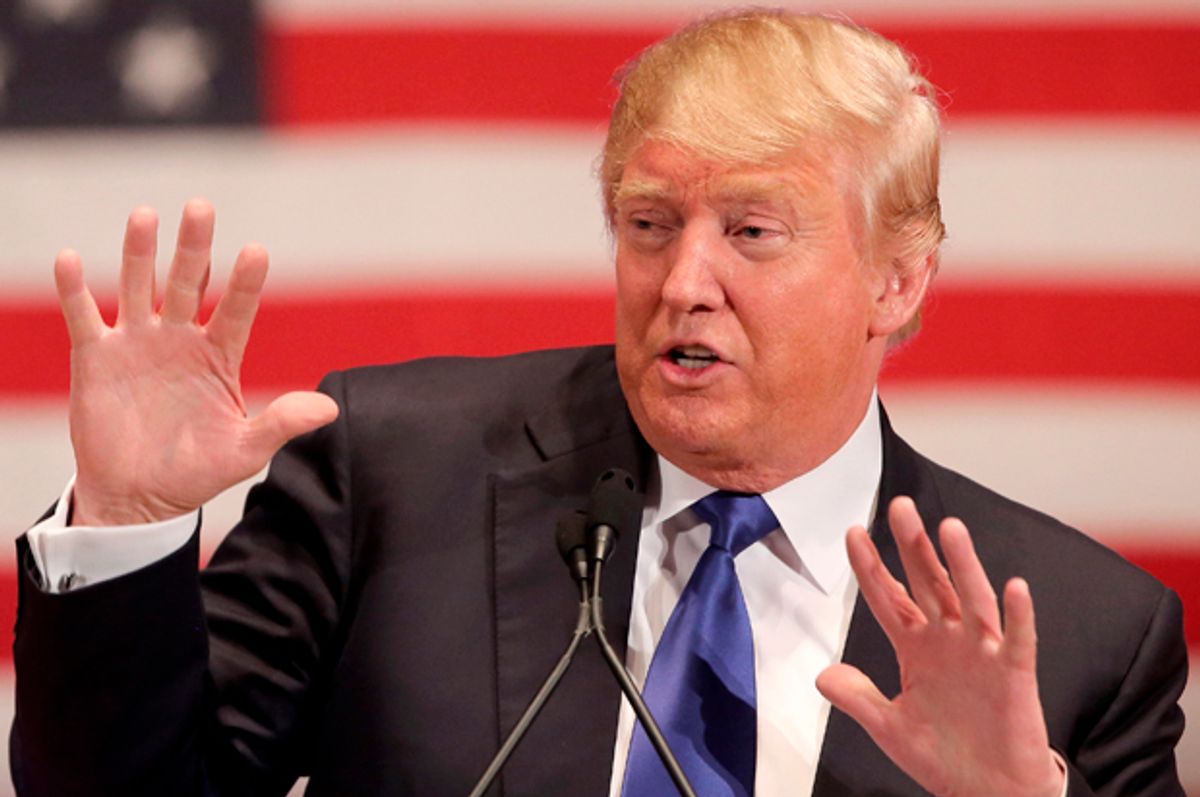 In another seemingly unhinged rally, this time set in Pensacola, Florida, President Donald Trump touted his support for Alabama Senate candidate Roy Moore, and seized an opportunity to attack one of Moore's accusers who said she added "notes" to the inscription signed by him in her yearbook.

The comments shouldn't come as a surprise considering that the president's favorite channel, Fox News, published a story with a deeply misleading headline on Friday following the airing of an interview with Moore accuser, Beverly Young Nelson, which suggested she committed forgery.

The headline and coinciding tweet have since been removed, but Moore, Trump and members of the alt-right made the most of their opportunity.

"So did you see what happened today?" Trump asked the crowd, just a few dozen miles south of the Florida-Alabama state border. He gleefully continued, "You know the yearbook? Did you see that? There was a little mistake made. She started writing things in the yearbook."

At a Florida rally, President Trump urges Alabama voters to "get out and vote for Roy Moore" in Tuesday's Senate special election https://t.co/gTYHpadtlz pic.twitter.com/oHNIfCJfO6

Here’s what Trump said: “So did you see what happened today? You know the yearbook? There was a little mistake made.” What Beverly Nelson did took great courage, and Donald Trump is implying that she’s a liar. — Andrew Weinstein (@Weinsteinlaw) December 9, 2017

During the interview Nelson, who is just one of Moore's several sexual abuse accusers, said she added "notes" to Moore's inscription in her yearbook. Nelson's attorney, Gloria Allred, has said the date and location were added under his signature so Nelson could remember who Moore was, and when and where he signed the yearbook. Nelson also reiterated, "He did sign it."

"Oh, what are we going to do? Gloria Allred, any time you see her you know something's going wrong," Trump told the crowd.

But Trump urged voters to support Moore's bid for Senate, and slammed his Democratic opponent Doug Jones, who he said is a "total puppet" of Democratic leadership.

Trump added, "He will never, ever vote for us. We need somebody in that Senate seat who will vote for our Make America Great Again agenda."

It's not the first time Trump has sought to discredit alleged victims of sexual abuse, as he's done it for the women who have accused him of such actions. At least 16 women have said that, before taking office, Trump sexually harassed or otherwise engaged in inappropriate conduct. Trump has repeatedly said those accusations are "fake news."

Moore's campaign has painted the candidates accusers as criminals.

On Saturday morning he continued to express his support for Moore on Twitter.

A big contingent of very enthusiastic Roy Moore fans at the rally last night. We can’t have a Pelosi/Schumer Liberal Democrat, Jones, in that important Alabama Senate seat. Need your vote to Make America Great Again! Jones will always vote against what we must do for our Country.