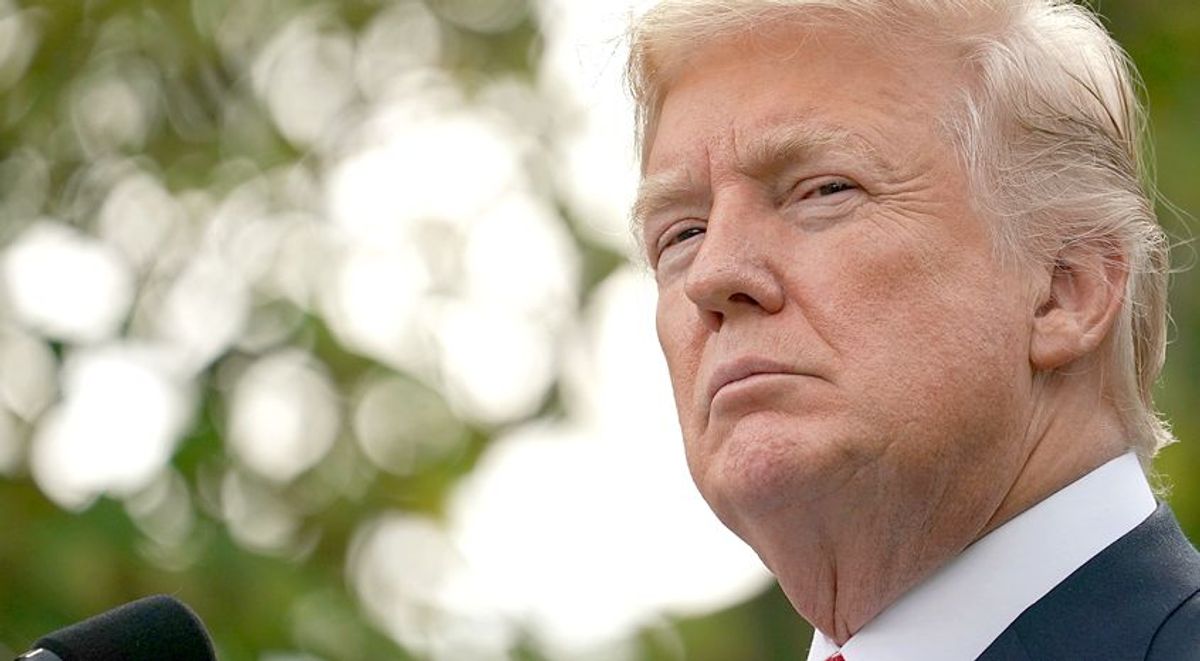 Since the start of his campaign, the inner workings of President Donald Trump's mind has been a widely debated topic. Some have argued that he is a man of strategy, while others have said he acts impulsively, and makes momentary decisions that haven't been thought through.

In interviews with 60 advisers, friends, associates and members of Congress, a new report from the New York Times details the president's daily routines, which largely consist of hours of television. Trump typically consumes four hours each day, starting as early as 5:30 a.m., but will watch up to as many as eight on some. A habit he has previously denied.

He will also drink a dozen diet sodas per day, with each of them delivered with the push of a button.

"For most of the year, people inside and outside Washington have been convinced that there is a strategy behind Mr. Trump's actions," the Times reported. "But there is seldom a plan apart from pre-emption, self-defense, obsession and impulse."

Trump told top aides to view each day of his administration as if they were watching a TV program, in which he defeats those who oppose him, prior to assuming office, the Times reported. Trump's son-in-law and senior White House adviser Jared Kushner told associates that Trump is set in his ways and won't change, but rather, will bend or break the office to his will.

"He feels like there’s an effort to undermine his election and that collusion allegations are unfounded," Sen. Lindsey Graham, R-S.C., who has spent more time with the president than most lawmakers, told the Times. "He believes passionately that the liberal left and the media are out to destroy him. The way he got here is fighting back and counterpunching."

Since taking over from Reince Priebus, Chief of Staff John Kelly has shrunk the amount of people who meet with the president, and the door to Oval Office is now often kept closed.

Trump makes several phone calls to Kelly each day, sometimes as many as a dozen, the Times reported. The calls are typically about his schedule, or if he's seeking advice on policy. The president yearns for approval from Kelly, and while White House aides denied that he seeks Kelly's blessing, they said Trump "views him as a crucial confidant and sounding board."

But the president, a former reality television star, also has an obsession with seeing his name in headlines. After not seeing his name floating around for two to three days, a former top adviser told the Times that Trump grew restless and wasn't able to watch.

Trump's impulsive, and often unhinged tweets are largely derived directly from his TV consumption, the Times reported. He is the only one, besides technical staff, who is allowed to touch the remote.

His favorite shows consist of "Fox and Friends," and hosts such as Jeanine Pirro, Sean Hannity and he'll even "hate-watch" CNN's Don Lemon and MSNBC's "Morning Joe," on occasion, the Times reported.

"For other presidents, every day is a test of how to lead a country, not just a faction, balancing competing interests," the Times reported. "For Mr. Trump, every day is an hour-by-hour battle for self-preservation."

Trump's obsession with being the center of attention, his hours of TV consumption and his lack of long-term vision illustrate a White House of frazzled staffers who have no real direction besides mitigation and are afraid to get on the wrong side of their boss, who can turn on a dime.