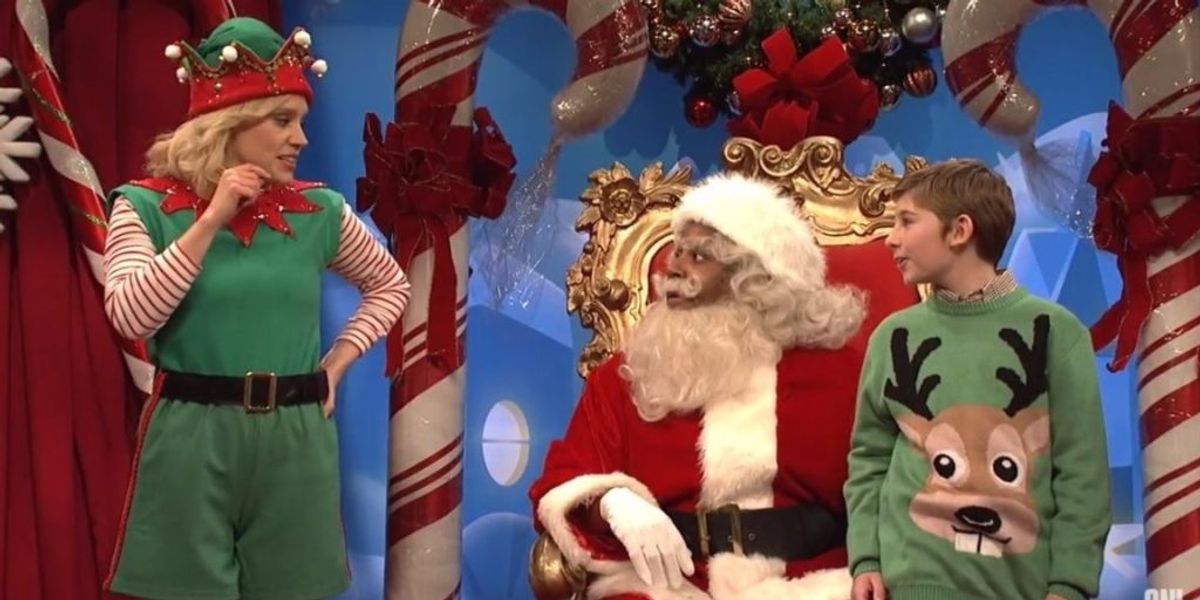 Seth Rogen, Jonah Hill, and Steve Martin made surprise appearances on “Saturday Night Live” during host James Franco’s opening monologue. The night's most biting topic, however, was already addressed before the comedic stars said one word.

The show's Christmas-themed cold open featured a bunch of cute kids in search of some answers from Kenan Thompson, playing a mall Santa, and elf Kate McKinnon.

Tyler wanted to know, "What did Al Franken do?"

"I guess you could say that Al Franken is on Santa's naughty list this year," Thompson's mall Santa responded.  Franken, both a former writer and a performer on "SNL," announced he was resigning as Minnesota senator following accusations of sexual harassment from several women.

"And what about Roy Moore? Which list is he on?" Tyler continued."It's not really a list," McKinnon's elf interjects.

"It's more of a registry."The lesson learned by one little girl: “If you admit you did something wrong, you get in trouble. But if you deny it, they let you keep your job.”

McKinnon admits that “we seem to have lost all perspective on what’s naughty and nice,”  to which the child quips back, "I know, I’ve seen Fox News.”

The “Weekend Update” segment with Colin Jost and Michael Che also focused on the former cast member's resignation from the Senate this week.

“I saw Al Franken’s speech,” the self-described "heavy drinker" slurred. “Here’s what I do know: Why are you going to resign if you ain’t gonna apologize? And if you ain’t got nothing to apologize for, then why the hell are you resigning?”