Conservatives' Russia flip-flop: How did it happen?

Republicans opposed Russian aggression during the Soviet era; under a proto-fascist strongman, not so much 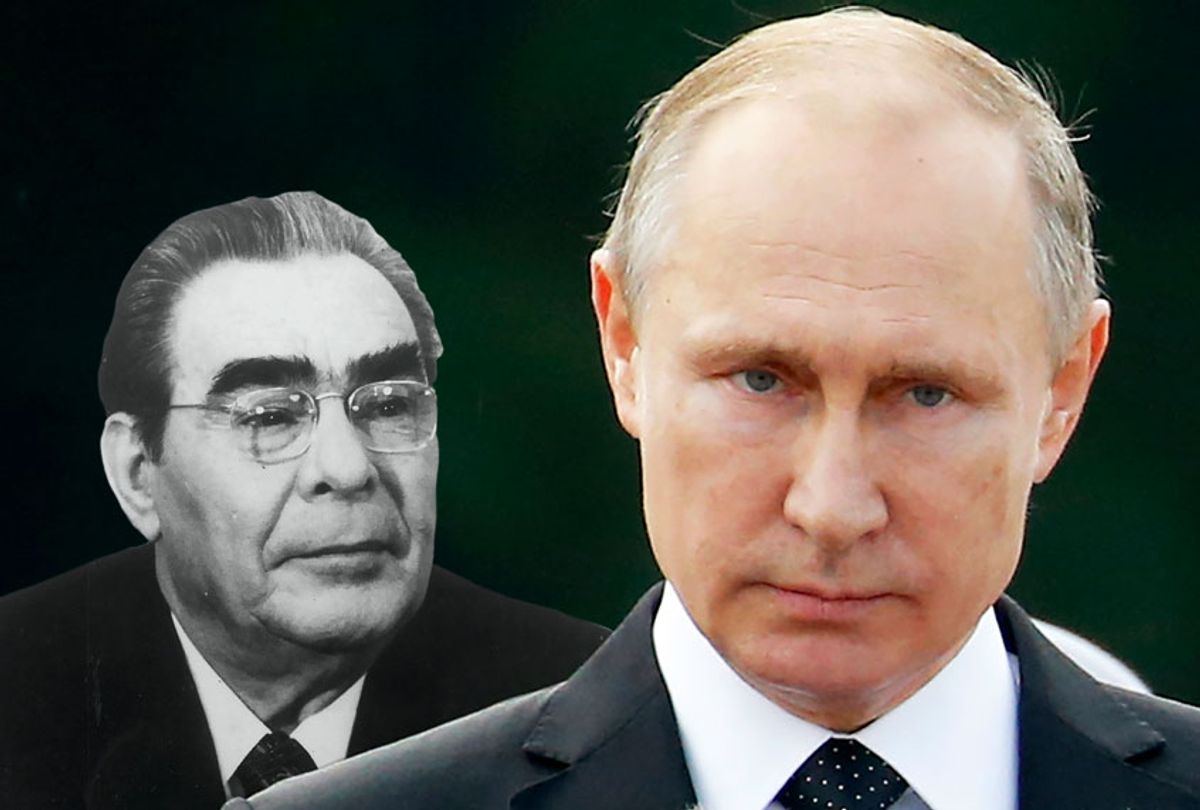 The Republican Party didn't hate Russian aggression during the Cold War because it cared about American sovereignty or human rights. Its primary beef with the competing superpower was that it was also the center of a growing Communist empire.

This is the conclusion that I suspect future historians will draw when they look back at the bizarre spectacle of Donald Trump's presidency. While other commentators have noted the irony of a Republican president being blatantly pro-Russia — regardless of whether you think Trump's campaign colluded with Russian agents during the 2016 election, he undeniably has numerous links to the country and a soft spot for its president, Vladimir Putin — few seem to appreciate the momentous significance of this association.

It isn't simply that those links may take down his presidency, although the accumulating evidence strongly suggests that Trump's operative broke the law during their dealings with Russian officials, and the president himself attempted to obstruct justice when he was investigated. Beyond that, what does it say that so many Republicans, from political leaders to ordinary voters, are willing to tolerate being led by a man who is clearly connected to a country that only a quarter-century earlier was viewed as America's sworn enemy?

Say what you will about the Republican Party from 1945 to 1991 (and there's plenty to say), but it would have been inconceivable for it to have nominated a candidate with clear and obvious ties to the Soviet Union. Indeed, one of their top political smear tactics against the Democratic Party during that period was to accuse them of being "soft" on communism (even though a Democratic president, Harry Truman, kicked off the Cold War). Characteristically, the two most outspokenly hawkish presidents from that period were both GOP icons — Richard Nixon and Ronald Reagan.

What has changed since the Soviet Union collapsed in 1991? Well, for one thing, Russia's new leaders aren't the inheritors of the Bolshevik Revolution. Vladimir Putin's ideology is clearly nationalist, with overtones of fascism, and is culturally and economically right-wing. He clearly isn't devoted to the destruction of capitalism, as Soviet leaders nominally were. That doesn't mean that Republicans were suddenly inclined to adore the man, but it does mean that much of the stigma formerly attached to Russia no longer exists. Admiring a Russian dictator still isn't right, but for millions of "conservative" Americans — the same ones who would have pilloried a Democratic politician for speaking positively of Vladimir Lenin or Joseph Stalin — it isn't prohibitively wrong either.

For many, this Putin tolerance has morphed into outright Putin love. Just look at how the Russian president has become a cultural icon among the American far right. An August poll found that 34 percent of Republicans had confidence in Putin, double the number from a 2015 survey.

This is a stain that the Republican Party will never be able to remove from its legacy. Every noble sentiment it expressed opposing Russian or Soviet imperialism, aggression and tyranny during the Cold War has been nullified by the fact that conservatives were happy to abandon those beliefs as soon as the totalitarian regime in question had lost its connection to leftism. The only previous Republican flip-flop on par with this one came in 1964 with the nomination of Barry Goldwater, when the GOP officially forfeited its legacy as the primary advocate of civil rights for racial minorities.

What Goldwater did to the Republican Party on race issues in '64, Trump did for the party's ability to plausibly claim it opposes tyranny in 2016.

It's worthwhile closing this article with an explanation of why America and Russia have had a longstanding historic rivalry. For an answer, I turn to this passage from the legendary sociological monograph "Democracy in America." Penned by the incomparable Alexis de Tocqueville and published between 1835 and 1840 — before not only the Russian Revolution and the Cold War, but the conception of communism — it foresaw that America and Russia would one day become the world's two superpowers. Tocqueville's observations are so astute, and so eerily prophetic, that they deserve to be quoted in full.

There are, at the present time, two great nations in the world which seem to tend towards the same end, although they started from different points: I allude to the Russians and the Americans. Both of them have grown up unnoticed; and whilst the attention of mankind was directed elsewhere, they have suddenly assumed a most prominent place amongst the nations; and the world learned their existence and their greatness at almost the same time.

All other nations seem to have nearly reached their natural limits, and only to be charged with the maintenance of their power; but these are still in the act of growth; all the others are stopped, or continue to advance with extreme difficulty; these are proceeding with ease and with celerity along a path to which the human eye can assign no term. The American struggles against the natural obstacles which oppose him; the adversaries of the Russian are men; the former combats the wilderness and savage life; the latter, civilization with all its weapons and its arts: the conquests of the one are therefore gained by the ploughshare; those of the other by the sword. The Anglo-American relies upon personal interest to accomplish his ends, and gives free scope to the unguided exertions and common-sense of the citizens; the Russian centres all the authority of society in a single arm: the principal instrument of the former is freedom; of the latter servitude. Their starting-point is different, and their courses are not the same; yet each of them seems to be marked out by the will of Heaven to sway the destinies of half the globe.