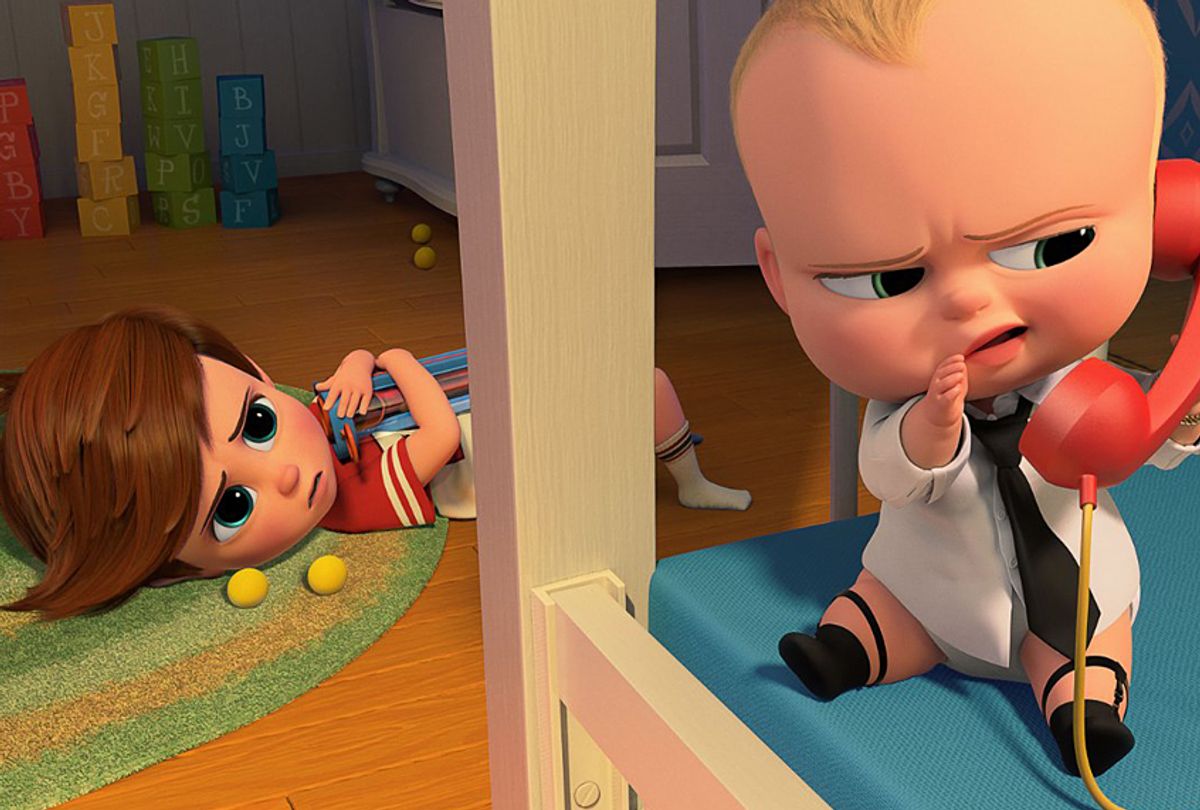 Once again, the inscrutable and likely corrupt Hollywood Foreign Press Association (HFPA) — the organization that bestows the Golden Globe Awards — has released its nominations for the best films of the year. And, once again, they make a compelling argument for the Golden Globes' overall irrelevance.

While, yes, the Globes still host perhaps the best annual broadcast of the yearly awards cycle — drinks, laughs and loose, famous lips go a long way — the honors themselves have been so oddly compromised in recent years that you just have to sit back and wonder what, besides booze, industry leaders still show up for.

Just take a look at this year's nods, which lean heavily on films that have yet to be released — many of which have little buzz, little critical consensus, and even less audience support.

In the "Best Motion Picture — Drama" category, only one of the films, "Dunkirk," has been out in theaters for more than a month. In the same category, it's likely that only one more of them, "The Post," will receive a full wide release. There's nothing particularly wrong with honoring smaller, limited-release curios, but it certainly doesn't make a strong argument for the cultural relevance of the Globes.

And the "Best Motion Picture — Comedy" nominee list is a very odd serving: one of the two best straight comedies of the year, "The Big Sick," isn't among the picks; the singular best horror film of the year, "Get Out," is. (Most agree "Get Out" belongs with its siblings in drama, not comedy.) With the forthcoming "The Greatest Showman" edging out a colorful field of other potential worthy contenders, why exactly would anyone care about the outcome here?

Indeed, with "The Florida Project," "Columbus," "Good Time," "Beach Rats" and the beautiful "Phantom Thread" missing from both "best film" categories, neither is a sop to critics or media buzz — not that audience popularity has made any impact here, as attested by the HFPA's absence of "Coco," "Wonder Woman" and others. Oh, and documentaries? Forget it.

There's equal carelessness in the acting categories. Timothee Chalamet ("Call Me By Your Name") and Danzel Washington ("Roman J. Israel, Esq.") are slight surprises in the "Best Performance by an Actor in a Motion Picture - Drama" category, but there's still not much excitement here. It's unknown whether any of the five performances nominated — Daniel Day Lewis' final role in "Phantom Thread" and the unrecognizable Gary Oldman in "The Darkest Hour" included — will have lasting popular impact.

It's much the same on the women's side of the draw, with the exception of Sally Hawkins in "The Shape of Water." The nominations of Ansel Elgort and Steve Carrell for their just-okay work in "Baby Driver" and "The Battle of the Sexes" respectively in the "Best Performance by an Actor in a Motion Picture — Musical or Comedy" category inspire little more than a shrug. With Kumail Nanjiani ("The Big Sick") out and James Franco sure to win for "The Disaster Artist," there's no tension in the list.

In the lead acting categories, only "Best Performance by an Actress in a Motion Picture — Musical or Comedy" hints at any drama; that category offers a choice between Saoirse Ronan ("Lady Bird") and Margot Robbie ("I, Tonya"). Helen Mirren's inclusion for the poorly received "The Leisure Seeker" is a nomination that seems to exist only for the purpose of putting the grande dame on TV screens (which, admittedly, is always nice).

While the "Best Director" category offers at least some excitement (there's a real chance Guillermo del Toro wins this year for "The Shape of Water"), it's a slate primarily defined by who isn't there. Neither of this year's most celebrate first-time home-run hitters, Jordan Peele ("Get Out") and Greta Gerwig ("Ladybird"), made the cut, though Gerwig is in the running for "Best Screenplay" (that category is also corrupted by Peele's absence).

Other absent directors such as Paul Thomas Anderson ("Phantom Thread"), Noah Baumbach ("The Meyerowitz Stories") and many, many others cast a long shadow on this year's award. Ridley Scott's inclusion for "All The Money in The World" is a genuine head scratcher given that limited pre-release viewings of it mean many HFPA members probably haven't seen it. That Patty Jenkins' ("Wonder Woman") history-making return to theaters wasn't recognized is equally confusing.

The "Best Foreign-Language Film" and "Best Animated Feature Film" categories offer the biggest snorts of the year. While "First They Killed My Father" is, yes, in Cambodian, it was directed by Angelina Jolie, an American. In the animated category, truly wonderful films such as "Coco" and "The Breadwinner" are up against "Boss Baby," a high-earning bit of pablum that's currently at 52 percent on Rotten Tomatoes.

Confusing, full of holes and, again, far #TooWhite, the overall film slate for the Golden Globes is an odd, bland mirror of what was, in terms of creative output, one of the more exciting years in recent memory for cinema. Out-of-nowhere stunners such as "Columbus," "Lady Macbeth" and many more simply didn't exist in the HFPA's eyes. Broadly enjoyed films — "The Big Sick," "Wonder Woman" — didn't win nominations either. It almost seems as if the HFPA is pushing an agenda of increased irrelevance.

Not that Globes were ever that relevant. Often framed as an Oscars' warm-up, it's rarely proved a solid predictor of who will win that more famous honor. While there were many overlaps last year — "Moonlight," Casey Affleck, Damien Chazelle — 2017's Academy Award winner for Best Actress, Emma Stone, wasn't even nominated for a Golden Globe.

Really, the harder you look at the HFPA and the Globes, the more it becomes clear that the entire institution exists to help get a certain set of individuals with questionable credentials into parties, screenings and interviews and allow them to throw a glittery celeb prom once a year. That holds annually. But even at that, they've offered up a drowsy, odd buffet of bad choices for 2018 — one that may prevent it from giving us the one thing we should credibly expect from them: a decent, genuinely competitive and fun awards show.