In defense of not caring about Golden Globes nominations

Many of this year's Golden Globes TV races have the edge and value of tinsel, which is the same as it ever was 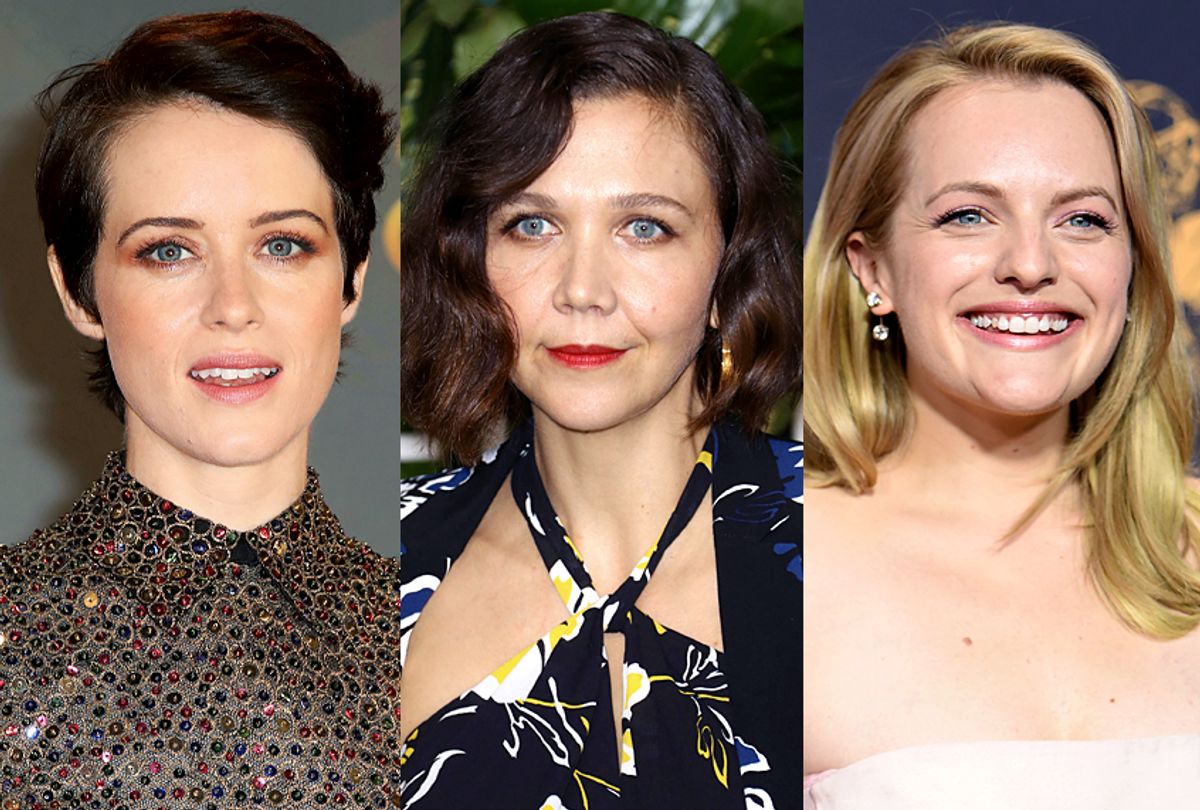 Think of the 75th annual Golden Globes as the entertainment industry’s late holiday gift for people who view red carpet fashion parades and drunken celebrity antics as sport. The couture is sure to be fantastic, some of the speeches will be slurred, others merely shocking. Whoever happens to be on censor duty that night will get a workout because that's the way it goes whenever the Hollywood Foreign Press Association plies very rich people with booze. On top of all that we’ll be scrutinizing the performance of this year’s host, Seth Meyers. We have high hopes.

Besides, he can’t possibly do worse than his predecessor Jimmy Fallon.

That’s pretty much the extent of the reasonable person’s emotional investment in the 2018 Golden Globes, airing live on NBC Sunday, January 7 starting at 8 p.m. Eastern and 5 p.m. Pacific Time. This is especially true for TV viewers, since the Globes have no bearing whatsoever on the Emmys and often award hardware to series people either never watch or barely talk about.

Case in point: Billy Bob Thornton won a Globe for Best Actor in the 2017 TV Drama race, beating Rami Malek of USA's “Mr. Robot,” Bob Odenkirk of AMC's “Better Call Saul,” Matthew Rhys of FX's “The Americans” and Liev Schreiber of Showtime's “Ray Donovan.  That’s right: Thornton was in a series last year. It was called “Goliath,” and it ran on Amazon.

Don’t remember “Goliath”? Not many people do, gauging by how infrequently it organically pops up in conversations about television series. (By the way, Amazon cleared “Goliath” for a second season, likely due at some point in 2018.)

This illustrates the Globes’ questionable relevance to more prestigious industry awards or citations of merit. It’s doubtful that HFPA has more esoteric tastes than the average viewer, enabling its voters to see a greatness in Thornton’s performance that escaped the majority of viewers. Although the organization has long battled rumors of studios “buying” awards with bribery, the explanation for its perplexing and disappointing choices over the years is likely far more basic and boring.

That is, its voters are more easily dazzled by celebrity than those of other organizations.

This idea applies to titles as well as casts, and sometimes it works out. The Best Television Series Drama race is fairly respectable, with “The Crown” against “The Handmaid’s Tale,” “This Is Us,” all terrific selections. “Stranger Things” also is worth supporting even if its second season was more uneven than its first.  “Game of Thrones” is in there because, in the view of the HFPA and other awards bodies, even a bad season of that show is more worth draping in gold than more solid seasons of other series. “The Deuce” is more deserving, but dragons are prettier than used condoms on trash-strewn streets.

The same formula applies to Best Television Series, Musical or Comedy. It’s hard to find fault with the nods for “Black-ish,” “The Marvelous Mrs. Maisel” and the artistically adventurous and funny “Master of None.” “SMILF” is the HFPA’s way of throwing in an outlier that fools a person into thinking it’s tuned in to the cultural conversation, and isn’t every just pleased as punch that “Will and Grace” is back? No . . . but yes!

The Globes also can be more easily “gamed” than other awards — the laughable but shrewd choice to submit Jordan Peele’s horror film “Get Out” as comedy proves this — which leads to a number of unfair and baffling competitions.

On the television Side, critics have long objected to the indefensible choice to jamming its individual supporting role nominations into a single category, inevitably short-changing any performers in co-starring roles who didn’t have the good fortune to appear in a high-profile miniseries or movie.

In this regard, the current round of nominations is tougher on female performers than male.  In the race for Best Performance by an Actor in a Supporting Role in a Series, Limited Series, or Motion Picture Made for Television, “Stranger Things” star David Harbour, is pitting against Christian Slater for “Mr. Robot.” These regular series contenders are up against Alfred Molina from “Feud,” Alexander Skarsgård, for “Big Little Lies” and “Fargo” star David Thewlis.

That’s not the fairest fight, but it feels a good deal more equitable than the battle “This Is Us” star Chrissy Metz faces against “The Handmaid’s Tale” star Ann Dowd, already an Emmy winner for her work in that drama. But those two also are duking it out with limited series stars Laura Dern and Shailene Woodley of “Big Little Lies,” another Emmy favorite, and Michelle Pfeiffer, who co-starred with Robert DeNiro in the TV movie “The Wizard of Lies,” and who also is blessed with the good fortune of being Michelle Pfeiffer.

This kind of thing is why the Globes are mainly a dress rehearsal for movie awards season and a fun night out for TV stars. Bearing all of this in mind, there are a couple of contests worth paying attention due to the worthiness of the challengers — specifically in the individual performance categories for Drama.

The list of nominees in Best Performance by an Actress in a Television Series, Musical or Comedy is as solid as it gets, with Pamela Adlon of "Better Things" competing against "GLOW" star Alison Brie; Rachel Brosnahan, who turned in an excellent performance in "The Marvelous Mrs. Maisel"; Issa, whose work on "Insecure" made it one of the most insightful comedies of the year, and Frankie Shaw of "SMILF."

Among the Globe nominees for Best Performance by an Actress in a TV Series is Maggie Gyllenhaal, who gives a tour de force portrayal in “The Deuce,” and Claire Foy, whose work in season 2 of “The Crown” is deeply moving. Caitriona Balfe of “Outlander” and Katherine Langford of “13 Reasons Why” are refreshing choices as well and elevate the respected seasons of their series with their work. But with Emmy winner Elisabeth Moss in the mix for “The Handmaid’s Tale,” their shot at victory is longer than Foy’s and Gyllenhaal’s.

“The Crown” against “The Handmaid’s Tale,” “This Is Us,” all terrific selections. “Stranger Things” also is worth supporting even if its second season was more uneven than its first. “Game of Thrones” is in there because, in the view of the HFPA and other awards bodies, even a bad season of that show is more worth draping in gold than more solid seasons of other series. “The Deuce” is more deserving, but dragons are prettier than used condoms on trash-strewn streets.

On the actor side “This Is Us” star Sterling K. Brown might be the favorite in other races, but up against “Ozark” star Jason Bateman, the kind of actor the HFPA loves to award for being fabulous, and Freddie Highmore, portraying a physician living with autism (physical afflictions are award bait) on “The Good Doctor,” his victory may not be assured. Bob Odenkirk would be a perfectly fine if surprising selection if he were to win for “Better Call Saul.”
Then again, if there were ever an opportunity to make viewers throw something at their screens in confusion, this category gives the Globes that chance by nominating Liev Schreiber for “Ray Donovan”.

If the HFPA gets a few of their winners right, terrific. If not, no big whoop. By Emmy season nearly all will be forgotten and, if we care enough to be upset, forgiven.

The full list of film and television nominees are available on the official website for the Golden Globes.