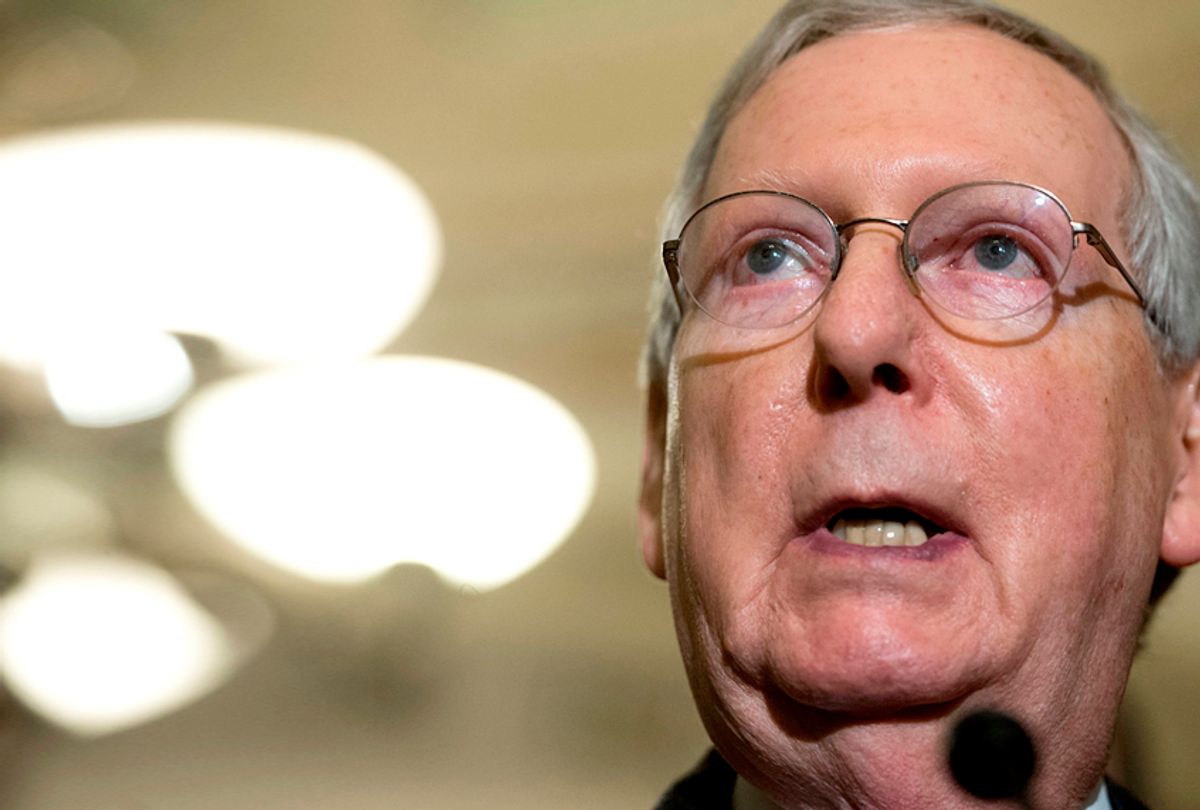 Congressional Republicans may not have been able to do much so far this year, but they have been great for the judiciary. Trump has already appointed nine different people to the federal courts of appeals, the second-highest tribunals in the American justice system, and all indications are that Congress will not let anything — even experts who object — get in the way.

Several Trump nominees have provoked controversy for their lack of experience, particularly an Alabama circuit court nominee named Brett Talley, who is just 36 years old and has never tried a case. Talley's slim resume and his failure to disclose the fact that he is married to the chief of staff of the White House's top lawyer have made him one of the most controversial nominees in decades.

Due to their ability to simply muscle nominations through the Senate, Republicans have generally refrained from much discussion about Talley and other controversial judicial appointees. They have, however, been very willing to attack the American Bar Association for criticizing Talley and other Trump nominees as undeserving of a seat on the federal bench.

Republicans have been particularly upset at the venerable lawyers association group for opposing the confirmation of Steven Grasz, Trump's nominee for Eighth Circuit Court of Appeals. As the former deputy attorney general of Nebraska, Grasz has a fair amount of legal experience but his extensive ties to Christian nationalist groups have made him controversial.

Grasz is a member of the board of directors of the Nebraska Family Alliance, a group that has said parents could force their children to attend "conversion therapy" programs that promise to turn lesbian and gay people into heterosexuals.

In a recent hearing, Nebraska Sen. Ben Sasse condemned the ABA for opposing Grasz's nomination, claiming that the lawyers association was politically biased.

Right-wing attacks on the ABA's objectivity are nothing new. The group has been under assault from conservatives since the 1980s. Beginning in 2001, under the presidency of George W. Bush, Republicans have refused to send nominations to the association for private review before publicly announcing them.

Beyond criticizing the ABA, conservatives and libertarians have established their own explicitly ideological alternative: The Federalist Society.

While it is true that attorneys in general have long given more money to Democrats than to Republicans (see OpenSecrets for the details), the ABA during the Trump years has hardly been oppositional to his nominees. As of this writing, the group has rated just four of the Trump 59 picks that it has reviewed as "not qualified." According to a Politico report, the ABA had opposed more than a dozen potential nominees that the Obama administration had sent over for review.

Despite their complaints against the ABA, Republicans have been willing to cite the attorney association when it has recommended GOP nominations. McConnell and several other GOP senators repeatedly cited ABA's "well qualified" evaluation of Trump's Supreme Court pick, Neil Gorsuch, during his confirmation process earlier this year.

“I think it’s deeply regrettable that some members of the Senate are suggesting that it’s a partisan organization or that its ratings are not based on experience and judicial temperament,” Sen. Chris Coons, D-Del., told Politico.

Trump's pace for judicial appointments is far quicker than that of his predecessor, Barack Obama. During the former president's first year in office, he succeeded in nominating and confirming just four appellate judges. During his final years, Republicans refused to confirm Obama's choices for the judiciary, creating the openings Trump's looking to fill.

The GOP did the same with Obama's pick for the Supreme Court, Merrick Garland.

Trump has been helped in part by a change to Senate rules that Democrats made when they had the majority in 2013. Irritated that Republicans were blocking Obama's nominations, Senate Democrats made it so that a simple majority vote could get a circuit and appellate federal nominees onto the bench. Prior to the invocation of this so-called "nuclear option," all nominations could be filibustered or subjected to a 60-vote threshold.