Democrats are calling for an investigation into Trump's treatment of women 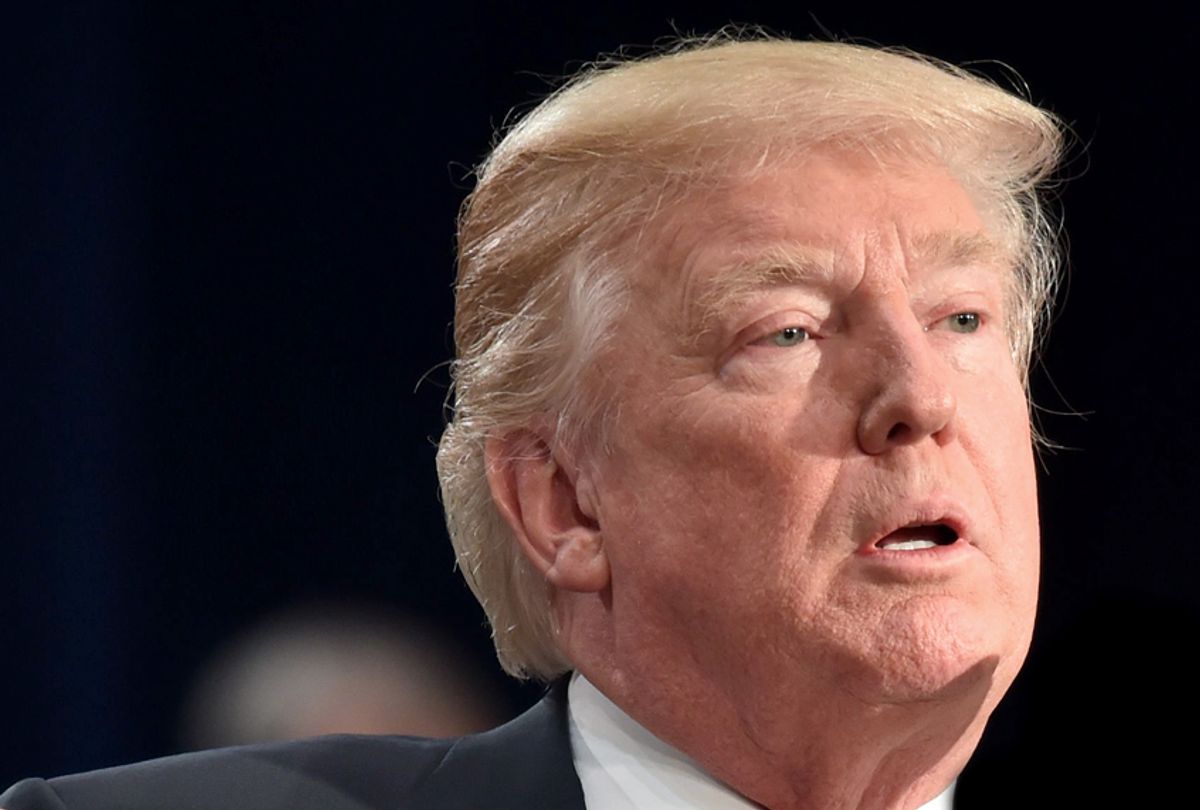 Democrats in both the Senate and House of Representatives are calling for an investigation into the sexual misconduct accusations against President Donald Trump — with some calling for his outright resignation.

Fifty-six female Democratic members of the House of Representatives signed a letter to the chairman of the House Oversight Committee, Rep. Trey Gowdy, R-S.C., as well as the committee's Ranking Member, Rep. Elijah Cummings, R-Md., according to CNN.

"In the time of 'Me Too,' women across the country are coming forward with their own harrowing stories of sexual harassment and assault. Members of Congress have also come under scrutiny and investigation, with some resigning, for improper sexual conduct. We cannot ignore the multitude of women who have come forward with accusations against Mr. Trump," the legislators said.

Trump responded on Tuesday by denouncing the claims against him as "false accusations and fabricated stories."

Sen. Kirsten Gillibrand of New York also argued for an investigation in lieu of resignation, telling CNN's Christiane Amanpour on Monday that "President Trump has committed assault, according to these women, and those are very credible allegations of misconduct and criminal activity, and he should be fully investigated and he should resign."

She added, "These allegations are credible; they are numerous. I've heard these women's testimony, and many of them are heartbreaking."

On Tuesday, Trump issued a sexist tweet attacking Gillibrand, in response to her statement.

Gillibrand remained defiant, responding to Trump's tweet by saying that she would not be silenced.

In the aftermath of Gillibrand's tweet, another Democratic senator joined Gillibrand in calling for Trump's resignation — Sen. Mazie Hirono of Hawaii.

Denouncing Trump as a "misogynist," "admitted sexual predator" and "liar" with a "narcissistic need for attention," Hirono told NBC News that "the only thing that will stop him from attacking us — because nobody’s safe — is his resignation."

Not all Senate Democrats share the belief of Gillibrand and Hirono that Trump should resign. Although their position is supported by Sens. Cory Booker of New Jersey, Jeff Merkley of Oregon, Bernie Sanders of Vermont and Ron Wyden of Oregon, other Senate Democrats have expressed reservation over the calls for Trump to be investigated or step down.

Senate Minority Whip Dick Durbin of Illinois has said that it is too early to call for Trump to be impeached or resign, although he did acknowledge that the accusations against him "should be taken seriously." Sen. Dianne Feinstein of California, meanwhile, expressed doubts that the calls for Trump to resign would be effective because "I don't believe this president will resign. It's an action that won't result in anything."