Some liberals are still upset that Al Franken is resigning 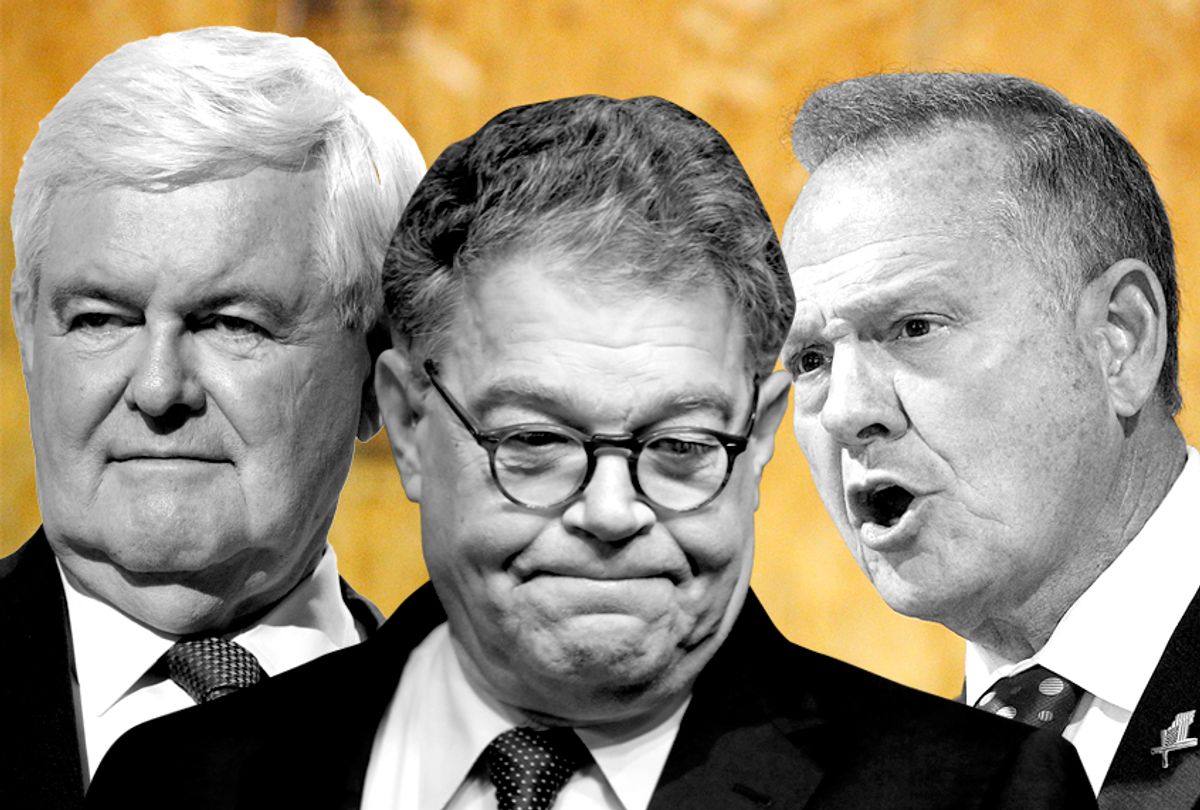 Given that Sen. Al Franken announced last week that he will resign his seat as a United States Senator from Minnesota, it's difficult to imagine the circumstances in which he could continue to hold onto his office.

Some Democrats, however, are convinced that he still shouldn't step down.

"Zero tolerance should go hand in hand with two other things: due process and proportionality. As citizens, we need a way to make sense of accusations that does not depend only on what we read or see in the news or on social media," Zephyr Teachout, a law professor at Fordham University, wrote in The New York Times.

She added, "Due process means a fair, full investigation, with a chance for the accused to respond. And proportionality means that while all forms of inappropriate sexual behavior should be addressed, the response should be based on the nature of the transgressions."

Teachout argued that these qualities were absent in the Senate's handling of Franken's scandal. Although she strongly condemned Congress's history of trying to sweep sex scandals under the rug, she argued that the rush to punish Franken was an excess in the opposite direction. Her proposal is that the Senate ethics panel, which was announced to investigate Franken in November, should run its course and have its results publicized.

"With time, and the existing ethics procedures, things are likely to emerge that will surprise us all. New facts may put Senator Franken in a better light, or a far worse one, and we should be open to both," Teachout concluded.

Teachout wasn't alone in condemning the handling of the Franken investigation. Several high-profile Republicans have also rallied to Franken's support.

Sen. Bill Cassidy, R-La., complained to CNBC's "Squawk Box" on Monday that he thought the process against Franken had been unfair.

"I can't get inside Al Franken's mind but he was clearly drummed out. He did not have to quit," Cassidy said. He added, "There was not due process. Whatever you think about it, you have to have due process in our country. You can't have kangaroo courts. You have to allow people to be presented with evidence to refute it."

Former Speaker of the House Newt Gingrich said on Fox News last week that it is wrong for Franken to have been drummed out of the Senate.

Democratic Gov. Mark Dayton will announce his appointment to fill Franken's seat at a press conference at 10 a.m. on Wednesday, at the Minnesota State Capitol.