Why evangelicals are OK with voting for Roy Moore

Evangelicals are supporting Roy Moore despite the allegations against him 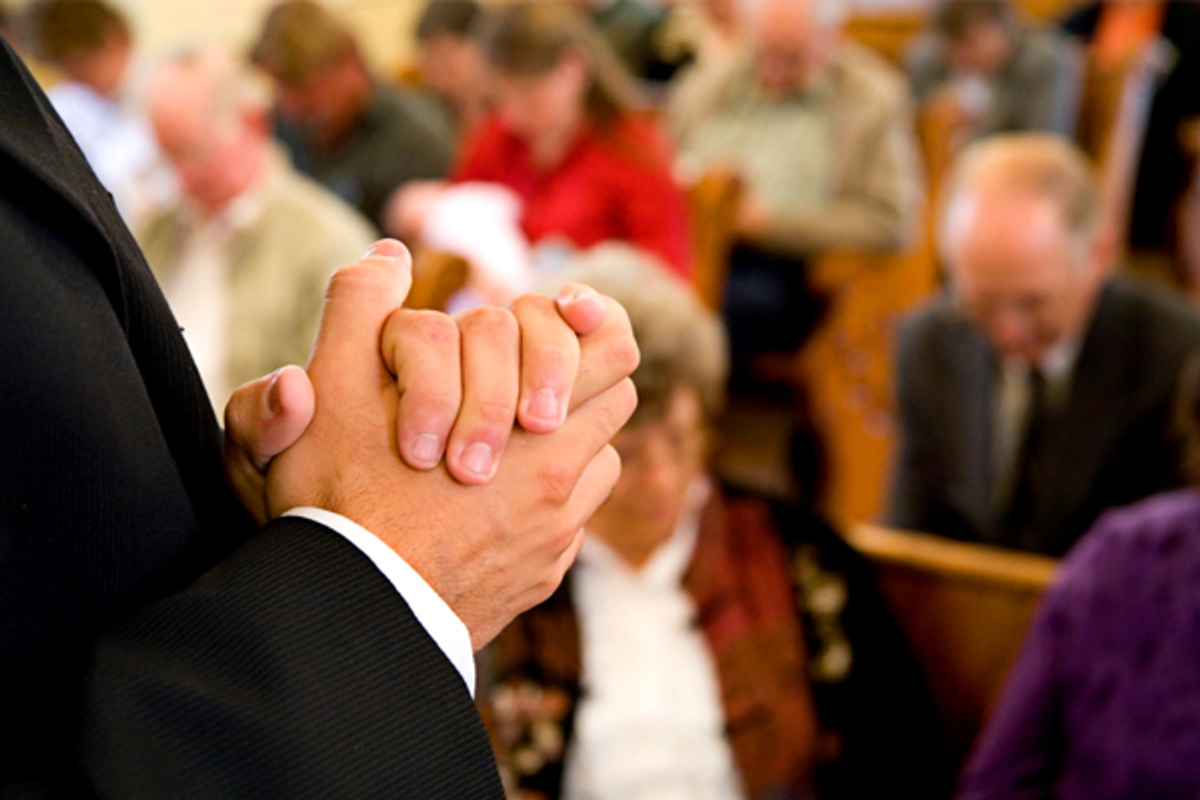 Are conservative evangelicals and Catholics in political decline?

Many liberals apparently see hypocrisy over sexual harassment bringing down this once-formidable social and political movement.

Some evangelicals have rebelled.

But unlike Mohler, most conservative evangelicals and Catholics have remained rock-hard faithful to Trump and Moore. While many find this paradoxical, it really does make sense.

I have recently published a study of Christian responses to key public policy issues. The study took the form of surveys and interviews, a cross-sample of hundreds of Christians conducted across America, on topics ranging from same-sex marriage to abortion to the nature of evil and goodness in the world. The results are a reminder of why religious beliefs and values are so intertwined with politics in the United States.

Understanding these underlying core beliefs can explain the actions of most evangelical voters in the #MeToo era.

Liberals don’t get it

Liberals claim to detect a double standard in those with whom they have long disagreed. They cite the resignations of members of Congress Al Franken and John Conyers as examples of the righteousness of the Democratic Party — while a Republican president who admitted to what sounds like sexual assault remains in office.

But that won’t help the Democrats win elections in the future. What I learned in my research is that the ways people — be they Democrat or Republican or independent — process political decisions is a complex combination of deep-held values and trade-offs.

Let’s start with the obvious. For decades, Democrats could win presidential elections only with the solid support of segregationists in the South who controlled the electoral votes that propelled northern liberal candidates from Franklin D. Roosevelt to John F. Kennedy.

Hypocrites? Not really. Democrats made a cold assessment of how they could win and what policies were most critical to the party. That meant Kennedy promised Southern governors he would never use federal troops to desegregate schools. And, of course, Democrats were silent over the sexual exploits of their leaders as they were over corruption and election manipulations. Hypocrisy on the part of the politicians? Perhaps. But liberal Democratic voters understood and made a cold-blooded, rational choice. Landmark legislation, from Social Security to Medicare, as well as historic civil rights bills, were the result.

Research shows that across all parties, voters make contradictory political and policy calculations all the time.

Evangelicals of today are no more or less rational in their choices as they prioritize what really matters to them. The evangelical Christians I interviewed believe the world is filled with sin, repentance is possible and that American exceptionalism flows from God’s love and from a Christian commitment to purity. The battle to protect America from what these believers see as the potential pollution of American society is fundamental to their religious — and their political — worldview.

For many American Christians, the Bible provides a very clear and commanding code of purity that informs their views on such issues as adultery and premarital sex, homosexuality and abortion, condoms in schools and sex education. They fervently believe that humans are sinful and have the demonic capacity to defy the divine plan for America and drive God out of the United States and out of our world.

For these believers, the sin of abandoning the sacred is not limited to the sinners alone. Once the evil they perceive is endorsed by their government — whether same-sex marriage or abortion — not only the evil-doers will be punished. America’s sins, it is believed, will also bring faithful Christians down with them. By allowing sin to flourish, Christians themselves will have contributed to the contamination of God’s sanctuary. In short, they see salvation at stake.

Like religious leaders who were arrested fighting for civil rights and protesting the Vietnam War in the 1960s, evangelicals and conservative Catholics of today are unwilling to keep their religious beliefs private.

This is how one evangelical minister I interviewed explained evangelical support for Trump campaign: “Hillary, who apparently practices more of a moral lifestyle, nevertheless promotes policies . . . which are seen as undermining the moral fabric of the nation even more than one man’s actions. In other words, in this vein at least, Mrs. Clinton is even more of a purity violation than Mr. Trump.”

The same rational thinking was often used by evangelicals to endorse Roy Moore, whose passionate defense of core Christian fundamentalist values is unequivocal and who supports a solidly conservative Republican agenda. And what is that agenda? The 2016 Republican platform calls for defunding Planned Parenthood, ending abortion, halting the Obama administration’s transgender restroom edict, rejecting the “LGBT agenda” and restoring the traditional definition of marriage while protecting the religious freedom of Americans to reject same-sex marriage or provide contraception. If you believe that there is a biblical mandate to battle the moral taints condemned in the Republican Party platform, then Roy Moore is your man, no matter what his personal behavior.

The faithful may well believe that Moore and Trump, among others, are deeply flawed human beings. For them, God’s ways are mysterious. The idea that a flawed human being can be a vehicle for God’s plan is as old as King David in the Bible from whom descends the Messiah. Americans reelected Bill Clinton, also a morally compromised leader, believing that what he could accomplish as president transcended who he is.

An awareness that pragmatism, not hypocrisy, runs both left and right should open an avenue for productive conversation among Americans across the spectrum. Certainly there are limits even in today’s vitriolic discourse. Nobody should vote for a candidate who endorses racism, misogyny and homophobia, white or Christian supremacy or religious hatred and violence.

But no matter one’s religious and political beliefs, viewing the political terrain as the forces of light against the forces of evil on every issue is overrated. There is certainly hypocrisy in politics, but what seems cynical or insincere to outsiders may be better understood as thoughtful compromise in the name of deeper-held core values. Reaching out to engage and try to understand these values may well allow liberals and conservatives, and people of different faiths, to cross the polarized divide.