A blue wave in 2018? Experts say Doug Jones' win is a very bad sign for the GOP 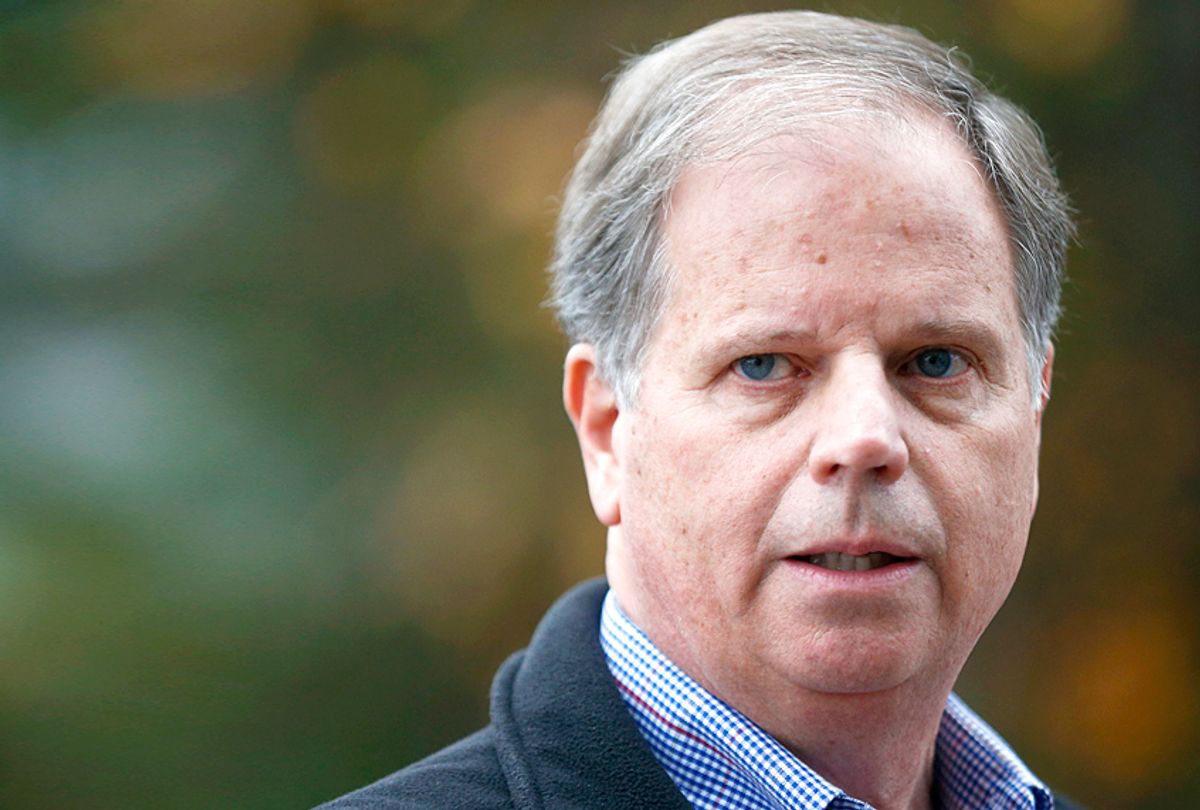 Roy Moore's unexpected loss in the Alabama special election has ominous implications for the Republican Party in 2018, at least if the statistical experts are to be believed.

"Here was another special election where a Democratic candidate ran very heavily ahead of Hillary Clinton’s 2016 showing," wrote Kyle Kondik and Geoffrey Skelley of the University of Virginia Center for Politics. "Republican turnout was OK, just like in the Virginia gubernatorial race, but Democratic turnout was a lot better, both in urban and suburban parts of Alabama and also in the Black Belt — a rural, heavily African-American part of the state that gets its name from the color of the soil (turnout was exceptionally high throughout this region)."

Kondik and Skelley pointed out that this makes it theoretically possible for the Democrats to reclaim the Senate in the 2018 midterm elections. Assuming Sen. Al Franken, D-Minn., follows through on his promise to resign, the Democratic Party will have to defend 26 of the 34 open seats in 2018 and will only be competitive in two races where Republicans are currently in office — for Sen. Dean Heller of Nevada and the open seat (currently occupied by Sen. Jeff Flake) in Arizona.

Should the Democrats hold all of their vulnerable seats and win the two competitive Republican ones, "that sweep would get them to a bare 51-49 majority," wrote Kondik and Skelley.

They added, "We are not predicting that to happen, and Republicans are still favored, perhaps significantly, to hold the Senate. But this flub could have real consequences for the GOP."

This view was echoed by statistician Nate Silver of FiveThirtyEight.com.

"Obviously, the national environment is highly problematic for Republicans — and in all likelihood, it will continue to be problematic for them through next November. Republicans ignore signs of this at their peril, because they’ve now gotten poor results in Alabama, a host of other states, the generic ballot and Trump’s approval rating," Silver wrote in his post-election analysis.

Although he acknowledged that Moore was a uniquely flawed candidate, Silver argued that the Republican Party has a long history of nominating ideologically extreme candidates like Moore who wind up alienating swing voters.

"There could be more of them in 2018, especially with Steve Bannon targeting 'establishment' Republicans in almost every Senate race," Silver wrote. "Republicans have had plenty of these over past election cycles, such as Todd Akin and Richard Mourdock in 2012, and Sharron Angle, Christine O’Donnell and Ken Buck in 2010. If not for these candidates, Republicans might have somewhere in the neighborhood of 55 Senate seats instead of being down to 51."